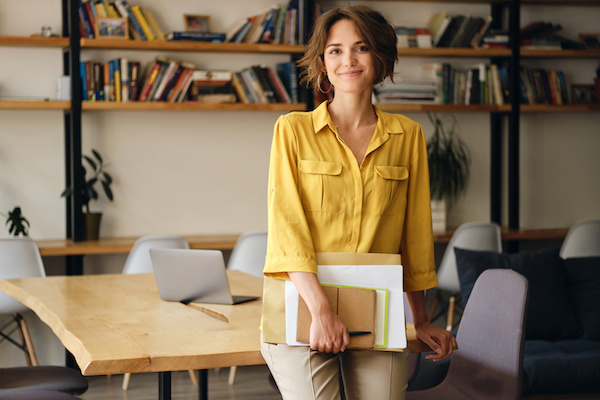 There was a time when females could not even dream about owning a business. A time in which we did not even have access to the resources we needed to become business owners. Luckily, as we have evolved, women have had the opportunity to start their own companies and become CEO’s. However, there are still challenges we face that male business owners do not have to deal with.

After years of working in male-dominated environments, I decided to found my own company, Power Move Marketing, and put together a team of professionals who are as passionate as I am. From the beginning, I knew I would face challenges my male counterparts would not. Only based on our gender – without even knowing us–people think we will immediately fail as if being a woman makes you less intelligent or business ready. But I have proven them wrong and succeeded, not without overcoming many obstacles.

When putting together my team, I wanted to work with creative, dedicated, and driven people. As it turns out, most of those people were women and now my team is made of 85% females. This is something that has become bothersome for some. For a reason beyond my logic, there is this belief that working with an all-female team is difficult. Multiple times I have had to answer the question: “is it difficult having an all-female team?” But I do not see other companies answering if it is difficult to work with an all-male team. We have to constantly fight this notion that women are hormonal and because of this unprofessional therefore hard to work with.

Being asked about the difficulty of managing an all-female team has not been the only time in which I have had to answer uncomfortable questions. Female business owners and female CEO’s like myself have to deal with questions our male counterparts do not even imagine having to answer. We are asked why we do what we do, why we want to become our own boss, and most of all why are we not home raising a family.

One of the most common questions I have been challenged with is “why do you even want to make a lot of money?” The first time I heard this I was taken aback. Do male CEO’s get asked why the want to make more money? Clearly not. It is expected of them to make large sums of money. But why do female business owners need to justify their income? And why is money the only goal they think we have? My answer to this question has not changed: who said I wanted to make a lot of money? I care about being the best at what I do.

One of the biggest challenges you will face as a female business owner is the doubt people will place on your ability solely because of your gender. As women, we are not believed to be natural born leaders, but this makes it even more exciting to push forward and succeed. One of the most satisfying feelings in the world is turning doubt into belief.

Most people have a hard time seeing our vision because they only see a woman’s sex appeal. They forget there is a mind behind that which can turn visions, dreams, and doubts into a successful business.

Time has proven women deserve a place in the business world. We have slowly created a path for ourselves and our brands. However, said path comes with many obstacles to overcome and we will do so every time. Female business owners face challenges our male counterparts do not even think about. These challenges only make us stronger leaders prepared for any type of hardship. 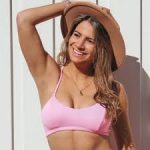 Hailey Brooke McFadden played D1 college volleyball and started her own successful marketing firm while getting her master of science in business from Wake Forest. She also has a following of over 20,000 on Instagram. Power Move Marketing is an innovative digital marketing solution for companies who want to go to the next level. Hailey’s goal is to help smaller brands be more professional, reach more people, and increase sales. She pivoted from a career in broadcast journalism, leveraging her athletic drive to create her own business from the ground up.