by Meysa Maleki, author of “The Conflict Resolution Grail: Awareness, Compassion and a Negotiator’s Toolbox“ 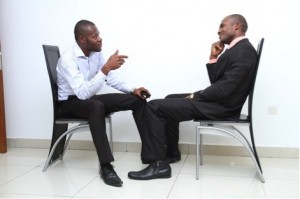 Whether a coworker doesn’t like you or you perceive that you are not liked by a coworker does not change the end result – the work environment will be toxic. You will view any further comments or action by this coworker through the lens of hostile intentions as opposed to situational causes even if at times, it may only be your perception that they intended to harm you. The end result is more toxicity in the work environment and undoubtedly home environment as you take your spillover emotions home with you. It affects the bottom line, your productivity, and the productivity of the organization.

Remember not everyone has to like you. The goal is not to be liked. In fact, people who are focused on being liked, oftentimes, put the relationship ahead of solving the problem and getting their own needs met. Over time, they become bitter and unhappy as they lose self- respect, without being effective. The goal is to ensure you remain productive and happy at home and at work despite the adversities that life throws your way, including hostile co-workers.

Here are nine ways to deal with a coworker who doesn’t like you:

1. Remind yourself that you are not at work to be liked by everyone and if someone doesn’t like you, it is more about them and their unaddressed mental projections than it is about you. Even if it is about you, it does not matter.

2. Keep your eye on the end goal, which is to be both productive at work and happy and fulfilled at work and at home.

3. Become self-aware of how you may be interpreting all their behaviours through the lens of hostile or intrinsic attributions as opposed to situational causes. When you were met with their cold stare in the lunch room was it because they had just been told by their boss that they had not performed as well as expected or because they have it in for you and they are not afraid to display it. How you interpret someone’s motivations affects the conclusions you reach about them and their behaviour towards you.

4. Assess the power dynamic and build leverage. Oftentimes when someone openly displays their dislike of us, it is because they perceive us to be less powerful than they are and they, therefore, think that they can. Who has more leverage, you or them? If they have more leverage than you do, then you need to build power. For example, find powerful allies within the organization. This will help build leverage as you increase your perception of power in their eyes. Build power through building your knowledge, level of competence at what you do, and fostering trust. Knowledge and competence within the organization and gaining both the respect and trust of your boss and other coworkers will also undoubtedly tip the power equation in your favour and provide greater leverage when you ask for what you want. The more power you build, the less likely the coworker will act in a hostile manner towards you.

5. Be prepared and ready to act on your own power. Power is a potential. The expression of that power is assertive self-expression or advocacy for your own rights, without stepping on someone else’s toes.

6. Unpack how their behaviour is affecting you and your work. Make a list of each problematic behaviour by the coworker. Next to each behaviour, write out your “power” behaviours to address them. A power behaviour must result in getting the other side to contract for a behavioural change. How do you do this?

(i) Describe the problematic behaviour to the unfriendly coworker”

(ii) Express your feelings and thoughts about the problematic behaviour using “I” statements, which are about you and not the other person.

(iii) Specify the behavioural change you are seeking. What is it that you want the other side to do or to stop doing.

(iv) Spell out the consequence, which is not intended to punish the other side, but only intended to meet your legitimate needs.

(v) If they are not ready to contract for your behavioural change, be ready to execute your Plan B. Your Plan B again is not about punishing them, but standing up for what is right. For instance, as a consequence of last resort, when the coworker continues to behave badly, you will need to report them and their behaviour to your boss or to the human resources department of your organization and be prepared to ask that they impose a consequence proportional to the bad behaviour.

7. Be mindful of your toxic emotions. Toxic emotions can throw you off your game. Despite the coworker’s bad behaviour, you must remain self-aware. Observe your negative emotions as they arise and choose constructive responses notwithstanding the way you feel. This requires a tremendous degree of mindful practice. If you prepare ahead of your confrontation and take the above steps, your toxic emotions are less likely to take control of you as they arise. Don’t take attention away from their bad behaviour by behaving badly yourself.

8. Power behaviours are about setting realistic boundaries for yourself and making sure it is understood where you draw the line and what the consequences are if others try to violate them. Again, imbue your consequence with positive intentions. You do not mean to harm the other side. However, you protect yourself against harm by them. That is your legitimate right.

9. Rely on “Confidence Building Measures” or CBMs as appropriate. These are tokens of good faith that you extend based on what research calls “the law of reciprocity.” That is, your gesture of good faith is reciprocated in kind. You offer some help with their next project in the hope that they will equally return the favour. Over time you build trust and slowly rebuild the relationship. Don’t extend them foolishly. Do so wisely and strategically as appropriate. 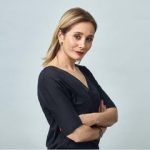 Meysa Maleki practices as a family lawyer and accredited mediator at Maleki Barristers, in Toronto, Canada. Her fascination with the complexities of interpersonal and human dynamics led to a career of fighting for justice, with training at Harvard Law School’s Negotiation and Leadership Program, and a family mediation internship at the Toronto Superior Court of Justice. She is author of “The Conflict Resolution Grail: Awareness, Compassion and a Negotiator’s Toolbox“.