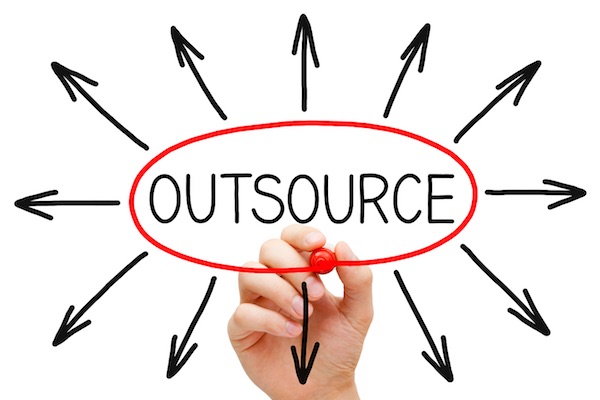 In today’s ever-changing, highly competitive business climate, small startups and large companies alike are increasingly turning to outsourcing processes. Everything from customer service, technical support, to back office operations are able to be outsourced as a way to reduce costs, keep up with the evolving consumer expectations, and drive a faster return on investment.

While traditional offshoring to Asia or Eastern Europe has always been lauded for its cheap labor, for companies that practice agile, or require better collaboration, communication, and a higher level of engagement, the advantages of nearshore software development are clear.

What is the difference between offshoring and nearshoring?

Put simply, offshore outsourcing means hiring a company to perform a service from a different part of the world. This is the type of outsourcing that is typically associated with the word in the first place, and can conjure up the image of comedic portrayals of frustrating customer service encounters. Usually, these offshore suppliers are in Asia, (India, Afghanistan, Malaysia, China, Vietnam and the Philippines), Eastern Europe (Russia, Romania, Bulgaria, Armenia), or Africa (Morocco, Kenya and South Africa).

In nearshore outsourcing, the goal is to receive the same benefits of reduced costs that offshore outsourcing provides, but by utilizing countries closer in location, language and culture than one would find in offshore services. Examples of this for businesses in the United States would be countries such as Mexico, Brazil, Costa Rica, or Jamaica. Nearshore outsourcing allows you to have a close dedicated team which will let you have more control over your project development flow, more engagement with the team and less possible problem points thanks to faster reaction time.

Back in 2013, my own company was offshore outsourcing to four different countries: the Dominican Republic, Honduras, the Philippines, and India. After a while, it began to place an immense strain on our internal resources to manage all of the centers efficiently, effectively negating the cost-savings we were benefiting from. We ultimately made the decision to bring everything in-house and build our own center, and after doing our due diligence and research, we decided on Montego Bay, Jamaica as the ideal location. The center exceeded every expectation we had for it in handling our business needs, and so we decided to offer our services to others and started Nearshore Inbound Call Experts as a result.

Businesses looking to reduce costs and increase velocity while simultaneously maintaining effective communication are looking to nearshore outsourcing with ever-increasing frequency. Here are four major reasons why nearshore is often a solution that provides the best of both worlds:

When it comes to outsourcing, pricing itself will inevitably be cheaper if you choose to do so offshore, but upon taking a closer look at some of the potential drawbacks this option can end up not being much better than hiring locally. Even with today’s advanced remote technology, some communication just can’t be provided via video link. For a distant overseas team, that means a potentially costly plane ticket for all necessary employees, as well as other travel fees such as food and lodging.  On the flip side, travel to neighboring countries is fast, easy, and much cheaper than distant international flights. Nearshore outsourcing also saves a large part of the budget that may be spent on lost paid time due to the time zone delays, such as waiting for responses, task management, research, or someone working incorrectly until the error is noticed.

Proximity is also a driving factor in the ease of communication with nearshore outsourcing. By working with those in a similar time zone as yourself, you have a team that works during your hours. Nobody has to wake up at five in the morning to catch someone about to leave the office for the night, and your company as a whole can function as a unit, rather than two separate parts. In addition to this, communication can literally be easier than offshore outsourcing, due to the fact that those located closer to the United States are more likely to speak English, removing any language barrier problems. Many schools in Latin America teach English as a core requirement, and nearby islands like Jamaica often have English as their official language.

With nearshore outsourcing, companies are rarely located more than one time zone away, maximizing the amount of time you can spend on efficient communication throughout the workday. For example, a one hour time difference still leaves you with a seven hour window within a regular workday for constant and effortless communication. As a result, turnaround time is going to be much quicker, and similar work hours allows your team to be easily accessed so any and all questions can be answered with immediacy. With an international team, you may have to wait days before you get a word back, substantially reducing productivity.

Cultural differences can also play a bigger role than you’d expect in outsourcing. Different countries don’t have to share the same values and traditions to work well together, as those aren’t guaranteed to have an impact on standards of corporations, but work is affected by your approach to it. Countries in Europe and Asia are intrinsically different in the ways they approach work that is distinctly different from the United States. Nearshore teams are more accustomed to American work customs and dynamics, and are able to mesh more seamlessly with your company as a result. In understanding your culture, they also have the ability to act more autonomously, able to make decisions without receiving explicit instructions with the confidence that they understand your objectives, leading to a much higher return on your investment.

Offshore and onshore outsourcing may have their own preferential qualities, but nearshore outsourcing combines the two to create the best of both worlds. In the latter, you may be dealing with increased costs, communication hiccups, expensive travel fares, mismatched work hours, and a general lack of security that you’re getting the product you’re paying for. Nearshore outsourcing provides workers that are close in proximity, easier to communicate and work alongside, receptive to similar workplace culture, and generally more cost-effective. You are significantly lowering costs, while also retaining good control, high responsiveness, and better quality and motivation for your workers in both locations.