by Jun Byongnam, Regional Director of the Korea IT Cooperation Center in Singapore 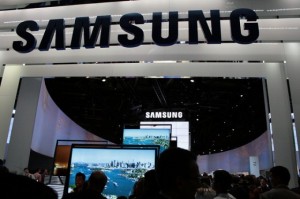 In the fight against the COVID-19 pandemic, South Korea has been lauded in the speed and clarity of their response. Though they were hit hard initially, they had managed to bring their numbers down through a combination of factors.

Firstly, South Korea boasts a population that has 100 percent cellphone ownership, with 95% having a smartphone with online connectivity. This worked hand-in-hand with the smart city infrastructure that was in place, enabling the relevant government agencies to communicate with the public through different channels swiftly, and decisively.

Secondly, the government worked closely with startups, sharing their information resources that aided with contact tracing, testing, and mask productions. The open communication and transparent approach made it easier for everyone to adopt the technologies needed to “flatten the curve” without experiencing extreme adjustments to life and work.

The pandemic has put life on fast forward – becoming the great disruptor of businesses, the catalyst that fast tracks digital initiatives, and the litmus test of what works as the situation constantly changes. Giving us a glimpse into how things could work in a post-COVID-19 world.

South Korea’s responses are the results of decisions and groundwork done years ago to invest in digital capabilities. These decisions revolved around the goal of nurturing a vibrant and diverse startup ecosystem that has paid off in the hour of need and opened up possibilities moving forward. We will take a look at what those steps have done for South Korea and the possible projections.

Before COVID-19 – Setting the stage.

The government has made huge financial commitments in turning South Korea into one of the world’s leading startup hubs. Since 2013, the South Korean government has invested up to $2 billion annually into its startup ecosystem, and in 2017 they pledged an additional $9 billion to have the highest government spending per capita. A distinction that is matched with having the world’s highest R&D spending to GDP ratio coming in at 4.55%.

This momentum and the growing prevalence of the business viability of startups work in concert to help with the Seoul Metropolitan Government in their plans for the future.

“Startups are a growth engine to break through an economic slowdown period,” In Dong Cho, Deputy Mayor for Economic Policy for Seoul Metropolitan Government said. “Conglomerates are a little stagnant. We need new innovative measures to break through and we think startups are that. We set up a startup master plan for five years.”

During COVID-19 – Startups and industries step up.

Before the pandemic, South Korea’s gaming industry had already been a powerhouse – a haven for mobile gaming that developers in the West sought to get into. COVID-19 has changed the lifestyles of many, leading to an overall increase in media consumption, with mobile gaming seeing a significant rise in engagement across the board for all age ranges. This gives South Korea’s gaming industry a chance to make a bigger impact on the global stage, to move up from their standing in 4th place in the global market to be in the top 3.

Looking at South Korea’s 10 startup unicorns gives us an insight into the nation’s appetites and the industries that prosper. Ecommerce startups had Coupang and Wemakeprice on the list, while beauty startups L&P Cosmetic and GP Club respectively, taking up four out of ten spots. Gaming on the other hand, was represented solely by Bluehole (Krafton Game Union), creators of the wildly popular online game PUBG.

Comparing the success of South Korea’s gaming industry with their unicorns, we have two observations. The first being startups that are hyperlocal in satisfying the consumption patterns of the South Korean population can potentially reach unicorn status. The second is how despite the support and infrastructure in place, we are not seeing more unicorn startups penetrating the global market.

After COVID-19 – Barriers to go global.

Though government directives and funding was channelled into growing the capabilities In the earlier years, there have been some hurdles in attracting international talent to replicate domestic successes globally. For example, some government initiatives had strict stipulations and requirements for foreign entrepreneurs to qualify, and heavily favoured Korean entrepreneurs. The lopsided treatment had proven to be a barrier of entry in an already competitive environment.

The working culture in some startups has also been cited to be outdated and brutal, following rigid hierarchies and long hours that have turned away many foreign talents who want a better work-life balance.

Fortunately, the government is extending the support overseas, establishing Korea Startup Centers out of the country. With Singapore being the first Korean Startup Center in Southeast Asia, while having sights on Helsinki and Stockholm for Europe.

Foreign startups are also getting more incentives and programs to develop and grow in South Korea, enabling local talents and startups greater exposure and increasing the potential for them to scale up globally.

South Korea’s plans to persist in being at the forefront of the world’s startup ecosystem, balancing the risks of the virus with stringent precaution while having their eyes on the prize to boldly make big steps when the world finds its footing post COVID-19.

Perhaps in the face of the pandemic, South Korea is showing that directing efforts towards innovation is the only way to breakthrough. 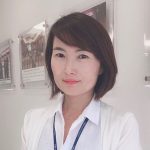 Jun Byongnam is the Regional Director of the Korea IT Cooperation Center in Singapore. For more than a decade, she has personally developed training and mentorship programmes for startups alongside the Korean government. Her experience in the startup landscape resulted in the creation of new initiatives and projects that enable enterprising startups to pioneer new technologies and create new markets across different sectors. Currently, she is organising the K-Startup Grand Challenge 2020 where 60 top startups will be accelerated for 3 months, mentored by industry leaders, and win cash grants.