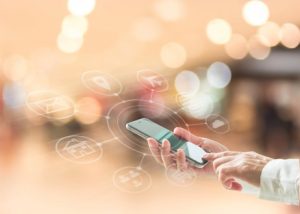 No one should sell themselves short in thinking they don’t have an idea somewhere deep down that could ultimately be an app. The difference is, very few invest in the execution that brings it to life, and to the users who will adopt, embrace and advocate this unique app.

If you are on the precipice of launching an app or are simply looking to take the first steps in what will be an exciting chapter, let’s discuss why the execution is critical and how you can ensure that you are setting yourself up for success.

Without execution, your idea exists in a vacuum.

Surely the value of an idea is objective, right? Well not necessarily. The true value comes down to the steps to execution and whether or not this idea is acted upon. That’s not to say an app idea value calculator can’t signal what ideas are worth the effort, but you want to be attaching your ideation to the execution steps so that you don’t get ahead of yourself or expect an easier route comes with a better idea. It’s not that simple.

Engaging an app development company is going to allow you to make big strides with your idea, bringing their technical expertise and context to the project, steering you to make decisions and ask the right questions. App creation is often romanticised as if the idea hits the innovator like a strike of lightning and the pieces fall together. The truth is there is a lot of rigour around app development, so approach this with your eyes wide open.

Investors want to see a concept, not hear a pitch.

An elevator pitch has its value, but it won’t secure interest or funding from sophisticated investors who aren’t out to let you live your dream, but rather put a stake in something they believe is viable for their own gain. You should be working on bringing a concept to the table, which shows the flow of the app, how the user will interact and what sort of content is going to be curated there.

Ideally, you should have a look and feel established also so that you can present a memorable concept with a defined tone and format. If investors don’t make up part of your plan, you might actually be looking for partners or to engage the services of professionals (SEO, marketing, sales, etc) and are willing to give them a market share in lieu of payment as a contra arrangement. The point is, a tangible concept has many benefits and will inform the next steps of your app development.

The matter of the bill.

Whether your app idea is one-dimensional or complex, there is going to be a spend attached. Before starting the project, engaging an app development company or even a partner – you need to define the value of the app ideation in terms of spend. For example, you might believe that WhatsApp is quite a straightforward application, however, it took just shy of 1,000 hours to execute. What app costs have you accounted for, and have you considered the spend that exists beyond the actual developer? This might be copyright, illustrators, music licenses and content creators. Which doesn’t include the spend when the app is in the market and ready to be marketed and promoted accordingly.

Now, this article is not supposed to dishearten you and your fantastic ideas, but bring some realism to what the journey is you might be committing to. Begin your research phase today and put together a draft budget and the bones of your idea, and really anything that will allow a developer to bring you a quote and scope that can inform your next steps. Remember, when an idea is acted on, it becomes a plan.