by Ryan Gottfredson, PhD., author of “Success Mindsets: Your Keys to Unlocking Greater Success in Your Life, Work, & Leadership“

Of all organizational leaders, there are few that have had as much success as Jack Welch. Jack Welch is most known for being the CEO of General Electric from 1981-2001. During this tenure, he increased the market value of GE from $14 billion to $410 billion. He was also recognized as Manager of the Century in 1999.

So, we may want to ask ourselves: What did Jack Welch pay attention to and focus on?

The way we answer that question is by investigating his mindsets, or the mental lenses that dictated what information he focused on, how he may have interpreted that information, and the overall quality of his decision-making.

There are four specific “success mindsets” that seemed to guide his attention, processing, and decision-making, which led to his effectiveness and success as a leader.

When we possess a growth mindset we believe that we and others can change our abilities, talents, and intelligence. Research over 30 years has led experts to say: “Cultivating a growth mindset could be the single most important thing you ever do to help you achieve success.” This is because when we believe we can learn, grow, and improve, we become willing to approach challenges and failures as opportunities to advance, as opposed to things to back away from.

Based upon the following quotes, it seems as though Jack Welch possessed a growth mindset, one that was focused on learning and saw challenges and failure as opportunities.

When we possess an open mindset, we are open to the idea that we don’t have all the answers and that we can be wrong. When we possess this mindset, our primary focus is on thinking optimally and finding truth, which leads us to ask questions, invite new perspectives, and to see disagreement as opportunities to learn.

It is critical for leaders to possess an open mindset because it creates a psychologically safe and engaging environment that brings about the highest levels of innovation and creativity.

Jack Welch seemed to portray an open mindset when he stated the following:

Based upon the following quotes, it seems clear that Jack Welch has a promotion mindset:

When we have an outward mindset, we see those we lead as being as important, if not more important as ourselves. This is critical for effective leadership because it is only when we see others in this way that we value them as they truly are: as people. When leaders see themselves as being more important than others (i.e., inward mindset), the consequence is that the leaders will see those they lead as objects, and treat them as such.

Jack Welch’s outward mindset is evident in these quotes:

Because Jack Welch had these success mindsets, he was able to pay attention to the right things and process information in such a way to maximize his positive influence on the organizations and people he served. If you can develop these mindsets, you will also unlock a greater ability to have a positive influence on the organization and people you serve.

Through my research, I have unfortunately found that only 5% of leaders are in the top quartile for all four sets of these mindsets. This suggests that most of us can improve our leadership effectiveness by better emulating Jack Welch and adopting these mindsets.

If you want to assess the quality of your mindsets, here is a free 20-question mindset assessment. It will provide you with an individualized and comprehensive mindset report, including directions on how to improve your mindsets. 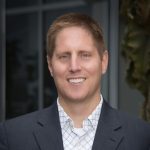 Ryan Gottfredson, PhD., is a mental success coach and cutting-edge leadership consultant, author, trainer, and researcher. He is the author of “Success Mindsets: Your Keys to Unlocking Greater Success in Your Life, Work, & Leadership” (Morgan James Publishing). He helps improve organizations, leaders, teams, and employees by improving their mindsets.  As a respected authority and researcher on topics related to leadership, management, and organizational behavior, Ryan has published over 15 articles in a variety of journals, including The Harvard Business Review.