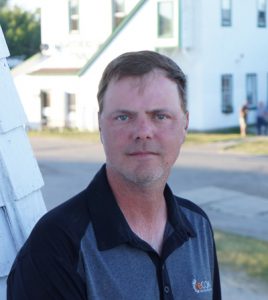 Half a lifetime of entrepreneurship — soaring victories, crushing setbacks, and the unceasing, unheralded work required of any small business owner — prepared David Janeson well for his latest project: turning around Gull Harbour Marina, the storied Manitoba resort bought by Janeson and his wife Lori Janeson in 2016.

Gull Harbour’s potential was clear as day to the Janesons, who quickly set about rehabilitating the property. Today, the resort is better than ever, with a locally renowned restaurant, rustic yet modern guest rooms and cottages, and a growing menu of warm- and cold-weather activities.

We asked Janeson about what’s made him and Lori so successful over the years.

What did you see in Gull Harbour Marina that, perhaps, other buyers didn’t?

I’ve been coming to this part of Manitoba for years, so I was aware of Gull Harbour long before I became involved. When I learned it was for sale, I immediately saw an opportunity to draw more visitors to a region that I care about deeply — to help people get away from the modern world and appreciate the beauty and harmony of nature. Where others might have seen some tired old cabins and docks, I saw a portal to the natural world — and a simpler time.

Running a hospitality business is hard work, especially amid such natural beauty. How do you stay productive?

I’m a big fan of lists. At any given time, I have more than one list going, and while it sounds disorganized, I find it’s the exact opposite. I’m also a stickler about avoiding drama and hold my employees to the same expectation. If you have an issue with something, anything, let’s hear about it.

As the co-owner of a rustic resort miles from the nearest city, do you worry that our society is losing its connection to nature?

Not anymore. As I’ve spent more time at Gull Harbour and the greater Interlake region — Manitoba’s “cabin country” — I’ve seen young and old folks alike enthusiastically reconnect with nature in a way I’d never noticed before. It may be that, as a society, we’ve turned a corner. Not that we don’t still have a long ways to come.

You don’t shy from talking about your failures. Tell us about a time you failed and what you learned from it.

I was involved in a previous venture that failed because, frankly, I allowed people I barely knew to run it and wasn’t curious enough about their activities. I didn’t really understand the business and thought I was being clever by giving day-to-day responsibility to those who seemed to know more than me. I wasn’t, and from then on I resolved to stick to what I knew and maintain control.

What keeps you up at night?

Besides the many small worries I face as a small business owner, I worry about humanity’s environmental legacy. Here on Lake Winnipeg, the effects of climate change are already apparent, with shorter winters promoting the incursion of invasive species and extreme weather events creating dangerous, unpredictable conditions during the tourist season. Native species and water quality are threatened by agricultural runoff from the soybean and canola fields to our south, as well.