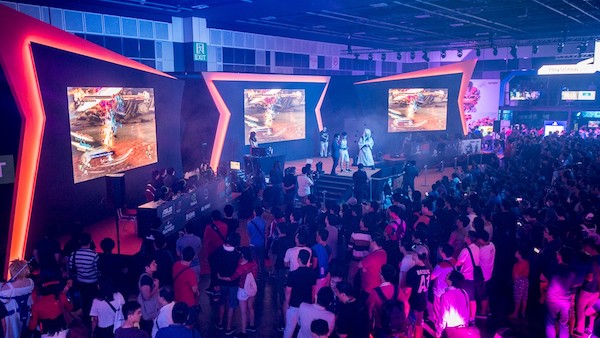 by Kevin Manship, co-founder of Gamer One

Pick up the sticks, put on your headphones and get ready. Esports finally hit its stride in 2019, and with momentum behind it, the industry’s growth shows no signs of slowing down in 2020.

When the first year of the new decade ends, esports fans around the world will number 307 million. Imagine all of America tuning in to watch the world championship of Fortnite, League of Legends, or Overwatch. That reality is nearly here already — in 2019, the League of Legends World Championship attracted more than 100 million viewers, beating the Super Bowl.

For entrepreneurs, esports is an endless ocean of possibilities. This flourishing industry doesn’t just need superstar players and team sponsors. Esports also needs merchandisers, training camps, scouts, analysts, marketers, content creators, agents, bookmakers, media outlets, and hundreds of other roles. Anyone eager to start a new business would do well to look to esports as a promising potential market.

No industry stays still for long, though, and esports is no exception. Before you open your new esports business, consider how these five major trends will affect the market in 2020.

1. Everyone gets to play.

It should come as no surprise that esports fans tend to be young and male. Don’t let that fool you into believing that your business should only cater to that demographic, though. Deloitte’s research shows that 40% of Gen X gamers and 30% of women gamers watch esports events every week. People who love games often love esports, too, regardless of gender, age, or location.

As you think about the form your esports business should take, consider the needs of your true audience, not the needs of an audience you imagine. Do your due diligence on market research. You may be surprised by what you discover.

2. Virtual reality is small but mighty.

Not many people have VR headsets in their homes — at least, not yet. Facebook hasn’t said exactly how many VR headsets it’s sold under its Oculus brand, but Oculus co-founder Palmer Luckey says the number is “well over” 10 million units. Combined with Sony’s PSVR at more than 4 million units, the HTC Vive’s estimated 2 million plus units, and the variety of smartphone-powered options, VR is stealthily creeping into more homes every month.

For esports, VR hasn’t found a real foothold yet, but that could soon change. More VR headset owners means more opportunities for fan engagement with VR competitions. When VR options become as common as smartphones, VR could generate a new spike in esports enthusiasm.

3. Betting on betting is a good bet.

Confused? Don’t worry. Esports gambling totals will reach $12.9 billion in 2020, a number that would indicate the games around the games may be as popular as the games themselves. For entrepreneurs, that means plenty of profits exist on the edges of esports arenas.

Be careful not to fall on the wrong side of the law if you try to ride the rise of esports gambling. Many countries and states are strict about who can gamble and how, even for companies not directly taking bets from gamblers. Consult with a legal expert before moving into the burgeoning esports gambling market.

Fortnite didn’t take the world by storm because it was the best game of all time. Fortnite captured audiences because of its accessibility. Anyone could play the free game on a smartphone, console, or PC. Even if you didn’t pay a dime for the battle pass or premium in-game currency, V-Bucks, you could spend hours playing with your friends. Plenty of people did pay for those things, of course, which is how Epic Games made $300 million off in-game purchases alone in one month.

The biggest games in esports will never be expensive or exclusive titles. Think about soccer, which became the sport of the world because of its simplicity. While esports games will change from year to year, accessibility will remain the top predictor of popularity.

5. Esports investments cannot depend on IP.

As Mark Cuban pointed out, esports teams are not equivalent to teams in other leagues because esports team owners do not own the leagues in which they compete or the IP on which they focus. By no means does this indicate that esports as a whole will flounder, but entrepreneurs should be cautious about where they enter the market. Depending on IP to remain a certain way is a surefire strategy to become irrelevant when a game’s publisher inevitably makes changes or moves on.

Instead of building companies around short-term successes, think about the long-term role of the industry. What do the fans want? What do teams and players need? Who are the other stakeholders in esports, and how will new companies help them make the most of their roles in this young industry?

Esports needs entrepreneurs, and now is the perfect time to get started. Think about how your skills and business savvy would fit into the esports world, then get involved with the community and start building your empire. As esports grows through the 2020s, your small business today could become an industry titan in just a few years. 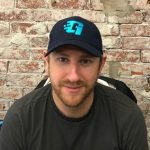 Kevin Manship is the co-founder of Gamer One. He has over 15-years of IT experience encompassing roles such as full-stack developer and software architect. Kevin previously acted as Development Manager to SEQTA Software, overseeing multiple teams and streams of work. Kevin continues to work with start-ups in an advisory capacity.