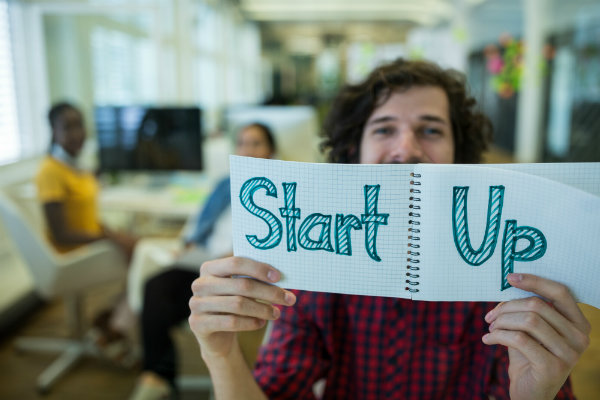 For anyone who is thinking of starting a new business, entering a niche market makes a lot of sense. While some may think that offering a product or service that has as wide a potential take-up as possible is the best way to go, in fact doing this has many pitfalls. The mainstream markets are typically over-saturated and it’s a lot harder to get noticed or to offer something that isn’t already available. Generally, a new company can’t undercut the established players in terms of pricing or get wider distribution, but a new idea gives you an advantage that money can’t buy.

Niche markets are a way to avoid competing with the many bigger legacy firms that have far greater resources than you do, not to mention an established customer base. If your idea connects, you’ll find an underserved or ignored customer pool who will be fiercely loyal to your brand as it is offering something previously unavailable. Finding the right niche, and finding the community that this niche serves, is the way to make a small business a success.

Here are a few of the companies doing just that in 2020:

Neocova is a core banking start-up based in St. Louis that aims its services squarely at small banks and credit unions. Its investors include the Bank of St. Elizabeth in Missouri, Sunwest Bank, Provident Bancorp Inc., First Financial Bank, and Coastal Community Bank, and Neocova recently confirmed a series A funding round of $9.5m.

On launching in October 2019, the start-up offered flexible cloud-based banking solutions specifically tailored to small and medium-sized institutions. These are far more cost-effective than the services offered to such clients by larger, more established core banking providers. The services that Neocova provides include simpler contracts, API integrations and other options designed to enable banking and financial services on a local and community-based scale.

Dylan Taylor co-founded Voyager Holdings in October 2019 in order to provide infrastructure and funding support for start-ups working in the space industry sector. Taylor was recognized by the Commercial Spaceflight Federation (CSF) in its Commercial Space Leadership Awards in January 2020, receiving the Commercial Space Business & Finance Award for his business and financial leadership in commercial space activities that have benefited the industry as a whole.

Following in the footsteps of Elon Musk’s SpaceX, which put the first privately financed rocket into orbit in 2008, and Richard Branson’s Virgin Galactic, start-ups are now offering quantum computing, space-based solar power, phased array radar, and micro-satellite launches that are challenging the domination of NASA and other existing bodies. Many experts believe that the future of space exploration will be led by privately funded companies.

In Seattle, Ridwell is a curbside recycling program originally started by Ryan Metzger and his eight-year-old son Owen. It now has over 4,500 users. Metzger noticed that the city wasn’t recycling many common items such as light bulbs, plastic wrap, electronics and single-use plastic bags. Although hard to dispose of, these items can often be recycled.

In return for a monthly fee, Ridwell provides a bin and reusable bags for these items, which can be collected up to twice a week. They are then distributed to plants elsewhere in the country that can recycle them or, if this isn’t possible, disposed of in an environmentally conscious way.

Ridwell also collects items that can be reused directly by local non-profits, such as eyeglasses or kitchenware. The company estimates that in 2019 alone, it stopped 170,000 pounds of household waste from going into landfill.

One size doesn’t fit all.

Pepper is a lingerie company with a difference: it is specifically targeted at women with smaller busts. On launching, its Kickstarter campaign reached its target in just 10 hours, proving that there is a sizeable market of shoppers who feel that their body shape just isn’t catered for by existing lingerie providers.

Pepper’s founders discovered that most companies design their bras for a standard size, and then scale this to fit outside of the standard range. Unfortunately, this means that if you are not the standard size, then the design is both less effective and less comfortable. In 2019, Pepper increased its revenue eight times over. The start-up now has over 15,000 customers and a deal with Urban Outfitters.

These are just a few of the innovative start-ups making waves in 2020. Success in business is all about finding your niche and finding ways to serve it in the best way possible. Look out for many more exciting ventures in the months to come.