Success is not easy.

Some think that people are born talented, while others believe it comes down to hard work and luck. It’s true. A select few people do have the innate ability or good fortune to achieve success, but this isn’t true of the population at-large.

Aristotle said (or maybe didn’t exactly say?) that “We are what we repeatedly do. Excellence, then, is not an act, but a habit.” To put it more simply, the recipe for success involves acquiring good habits and applying them consistently in your life. Every successful person lives by this mantra.

The following is a list of 5 essential habits you need to incorporate into your life if you want to achieve real success.

“The first and best victory is to conquer self. To be conquered by self, is, of all things, the most shameful and vile.” – Plato

Discipline is all about “conquering self.” Training yourself to do the things you need to, even when you don’t want to. It’s the cornerstone of all of the habits on this list. Without discipline, there is no success.

You need to learn to control your attention, your mind, and your emotions. Letting any of these things get the better of you is a road to ruin.

Disciplined people set both short and long-term goals, and ruthlessly work to achieve them. Whether it’s in work, health, fitness, getting adequate sleep, or any other endeavor, you need to be hitting targets.

“I am the greatest; I said that even before I knew I was. I figured that if I said it enough, I would convince the world that I really was the greatest.” – Muhammad Ali

If you don’t believe in yourself, how can you expect anybody else to? Your success begins when you begin to realize that it’s possible.

Your mind is a powerful tool. And you can either use it as a positive force in your life or a negative one. When you can look yourself in the mirror with the confidence that you can achieve whatever you desire, then it starts to manifest into reality.

Without self-belief, you will never become successful. The way you perceive yourself will either make or break your life. Train yourself to have faith and know that you can do whatever you want to do.

“I believe that visualization is one of the most powerful means of achieving personal goals.“- Harvey Mackay

Visualization is the art of training yourself to think deeply about what you want to do or become.

Decide what you want your life to be about and paint a vivid picture of it in your mind. Set aside time to build an imaginary reality in which you are successful. Then take action to bring that reality to life.

Knowing what you want is a vital part of success. Visualization is the perfect habit to practice finding out what you want down to the last detail. Everything built by man began as a thought before it came into being. You should apply the same logic to your own life.

It’s natural to respond to failure by feeling frustrated and disheartened. But this attitude gets you nowhere in life. Successful people know how to fail better than anyone. If you quit after your first failure, you will never become successful.

Adopt a “never give up” attitude, and it will get you far. In your life, you will always suffer defeat. Being able to pick yourself up, learn from your mistakes, and then try again are essential habits in all areas of life, not just success.

The more times you fail, the easier it is to accept and move on. If you give up, you’ll never know what you could have achieved. Fail enough times, and eventually, success will inevitably follow.

“Success in any field, but especially in business is about working with people, not against them.” – Keith Ferrazzi

We live in an interdependent reality. It’s impossible to rely solely upon yourself to become successful.

You’ve probably heard the adages “it’s not what you know, it’s who you know,” or “you are the average of the five people you spend the most time with.” Both are true.

To become truly successful, you need to connect with people who already are. You must also surround yourself with a network of like-minded people. People who motivate you, inspire you and bring out the best in you. A dependable team around you is worth more than the sum of its parts. 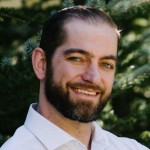 Andrew Armstrong is an independent business and market strategies consultant in the San Francisco Bay Area working primarily with technology and start-up phase clients. He founded and ran his own digital marketing agency, KickStart Search, for 6 years prior to being acquired by Los Angeles-based Wpromote in April of 2015. Follow him on Twitter @kickstartseach.