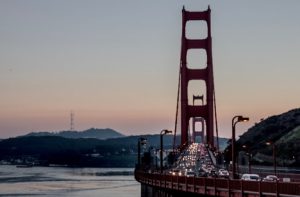 California retains its rank as one of the most desirable states to live in, despite untenable property prices, high taxes, and a cornucopia of social issues. Between 2007 – 2016, 1 million Californians relocated outside of the state largely for financial reasons. California homeowners are selling up and moving East, to neighboring states.

While there is an exodus of people, the overall growth rate remains positive. Many retirees (65+) are leaving the Golden State to ensure that their hard-earned dollars can get them through their retirement years. Plus, several legislative challenges have been introduced in recent years, notably the SALT exemption repeal, and tax reform, making it more expensive for homeowners to live in California. California’s loss is Nevada and Arizona’s gain. Research indicates that more Californians will be leaving the state for ‘greener pastures’ in years to come.

Middle-class families and low-income earners are among those who are more likely to leave, given the difficulties in the housing market in California. The wealthy have more incentive to stay in California, given the sharp appreciation in property prices, and the high rentals which can be derived from them. Then, there is Proposition 13 – in effect since 1978 – which essentially freezes property taxes for homeowners who have owned their properties for many decades. According to Proposition 13, property taxes can only increase at a rate of 2% per annum – benefiting longtime residents of California whose properties have seen sky-high appreciations in recent years. In 2012, the median house price in California was $300,000. Fast forward to the present, the median house price is $550,000. In San Francisco, that figure is $1.4 million, and the greater Bay Area is markedly higher than the state-wide average.

The challenge faced by lawmakers across California is the following: affordable housing. The solution requires out-of-the-box thinking, and that’s precisely where a forward-thinking housing developer named Danny Haber is making tremendous progress.

Who is Danny Haber and What is oWOW Doing to solve the housing crisis in the Bay Area?

Danny Haber is the founder of oWOW, a B2B and B2C concern which is directly involved in building modular units for resale to property developers, and as new housing for consumers. As a vertically integrated company, oWOW cuts costs which are then passed on in the form of lower rental prices to tenants. The housing crisis in the San Francisco Bay area is particularly severe, given the boom in Silicon Valley hires since the 2009 recession. Estimates indicate a 23% increase in employment with tech companies in the 10 years since the Global Financial Crisis hit. The housing crisis has resulted from an inability to meet this demand, leading to higher rental prices across the board.

oWOW’s work is supported by many high-profile individuals like the former vice mayor of Oakland, California, Annie Campbell Washington, and Elaine Brown of the Black Panther Party. The ‘Magic Sauce’ so to speak is a flexible wall system which allows adaptable units to be built offsite and customized to specs. This system of building allows oWOW to efficiently convert a typical single bedroom apartment into a much ‘bigger’ living space encompassing more bedrooms and bathrooms, without changing the square footage of the apartment. This luxury-style product is delivered to market at an affordable price. Already, Haber’s efforts are paying dividends, with multiple big projects in the portfolio, notably 960 Howard Street, 674 23rd Street, 316 12th Street, and 1919 Market street.

This brand-new system of innovative design and construction is turning heads. Since oWOW works with repeatable designs, it is much quicker to remodel apartments, and fill them up with tenants. Homes are being built affordably, quickly, and beautifully, and communities are forming around oWOW developments. For example, the 674 23rd Street complex features an array of tenants spanning educators, artists, entrepreneurs, and people working for SMEs at all levels. Oakland, California benefits from affordable living options, given that most real estate developers tend to focus their energy on high-end clientele, with scant regard for the low-income earners and middle-income earners who simply cannot afford to pay exorbitant rentals.

It’s all thanks to the innovative new design known as a MacroUnit which makes it all possible. Enhanced flexibility in the construction process ensures that tenants are the ones who benefit in a real estate market that truly is bursting at the seams with excess demand.