by Rob Shelton, co-author of “The Brilliant Jerk Conundrum: Thriving with and Governing a Dominant Visionary“

Dominant visionaries that lead companies do not act or think like most people. They are complicated and hard to read; each is a bundle of contradictions. They challenge convention at almost every turn, have the innate ability to create things others can’t, and generate a bewildering swarm of opportunities and challenges in their wake.

On good days these brilliant leaders are pioneers, trailblazers, and mavericks. On bad days they are jerks, troublemakers, and rabble-rousers.

When we researched our book, “The Brilliant Jerk Conundrum: Thriving with and Governing a Dominant Visionary“, we talked with many board members and executives about their experiences living with and governing these trailblazers and sometimes brainy jerks.  They described seven behaviors you should be prepared to deal with in addition to disrupting industries and changing the world.

Lying is an ethos common to many innovators. In Silicon Valley it’s referred to as “fake it till you make it”. Far too many innovators believe it is okay to bend the truth or lie in pursuit of their goal. But that can be dangerous. Warren Buffett and vice chairman Charlie Munger “have seen all sorts of bad corporate behavior” and observe “What starts as an ‘innocent’ fudge in order to not disappoint ‘the Street’… can become the first step toward full-fledged fraud.”

Bending the truth and other forms of deception coexist easily when there is belief it is all done to help create a better world. Believing she would ultimately succeed, Elizabeth Holmes layered lie on lie and hid the fact that Theranos technology could not deliver the promised performance.

Reminded of the Theranos collapse, one board members said: “The board needs to build a code of conduct and be vigilant. Small lies are a slippery slope. Fake it till you make it mentality is the kiss of death.”

2. Powerful personalities can turn into jerks.

Charismatic firebrands are extremely purposeful in driving themselves and the people who work for them. They put everything into their quest to create something new. Often those leaders believe in the vision so deeply they become stubborn and rigid when challenged.

Self-entitlement was a trademark behavior of Steve Jobs. He berated and taunted anyone that crossed him or frustrated his plans. But he is not alone in that regard.

Dominant visionaries  believe they know best. That makes them difficult to work with, govern, or even talk to. Sometimes it makes them insufferable. Be prepared for obstreperous behavior.

Top tier braininess is a prerequisite for a revolutionary change maker. Their intellectual prowess is a key ingredient in their vision and a large part of their charisma. They see things others have missed and are able to do things most cannot.

Intellectual prowess can have a downside. Many big brains lack critical management experience. They don’t have all the tools required to make their vision a reality.

This is where collaboration is critical. It is the responsibility of the board and the management team to work in concert and fill the gaps, so the CEO’s intrinsic smarts are complemented. Adding Eric Schmidt to the Google leadership team to provide experienced supervision — an adult in the room — rounded out the management team at a critical growth stage.

Demanding work environments and brilliant CEOs go hand in hand. Hard-core leaders on a mission are compelled to achieve their goal and demand the highest level of performance. That can create a tense environment and daunting culture. Elon Musk and Steve Jobs among others are famous for handing out monumental demands peppered with ferocious criticism if performance was not to their liking.

And there can be a dark side. Martin Winterkorn, Volkswagen’s CEO, was fired because he created an extreme company culture — described by Der Spiegel as “North Korea without labor camps” — that drove employees to create and install illegal software that cheated on vehicle emissions tests. Extreme demands can be a precursor to bad behaviors.

5. Ethics can get compromised in pursuit of success.

Without making commitments to ethical business practices for the CEO and throughout the company, a toxic environment can grow. At Uber, asymmetric power on the board, a cult of personality around CEO Kalanick, and opaque presentation of growing difficulties combined with the lack of active engagement of the board allowed problems to fester.

The story repeats itself all too often; boards have been passive in their leadership and governance and ceded their responsibilities to chief executives and founders — especially with a hard-charging visionary at the helm. In many cases, the board became active and stepped in only when there was no other choice — but by then great harm had been done.

6. Rules get broken in pursuit of a perceived greater good.

Actively challenging existing business norms, laws, and regulations in the course of commercializing a new business model or technology may be warranted to disrupt the status quo and create a new business. That’s what rule breakers generally do.

Uber challenged regulators around the world. The company prided itself on the bold, pirate-like approach. But Uber ran into troubles as people fought back. The company was picketed, indicted, blocked from markets, and disparaged in the press. Uber’s no-holds-bared approach backfired and the company ultimately replaced the firebrand CEO.

With a rulebreaker in the lead, it is important to be clear what rules are okay to break and how they should be broken. Board members and executives all echoed the same message: the management team and the board share responsibility in that decision and its outcome. One told us: “The board needs to specify the rules that can be broken — those that contribute to success of the innovation. And they need to be very specific about those that should not be broken.”

7. Visionaries can be dangerously unpredictable.

Seemingly without warning, the behavior of a power- house genius can become uneven and counterproductive. They might break from their normal leadership role and do something offensive in public. Kalanick’s recorded haranguing of an Uber driver showed he had a knack for that. Or the CEO might say, blog, or tweet things that are embarrassing and potentially destructive. Elon Musk currently stands accused of this type of erratic behavior.

Dominant visionaries are not always good at setting their own boundaries for behavior. It is important for the board to provide clear guidelines about what are acceptable and unacceptable behaviors. Otherwise, the rule breaker makes the rules.

Dominant visionaries can be many things but they should not be left alone. Brainy, maverick CEOs and their boards and executive teams need each other. Collaboration is essential to make the right decisions and provide just enough oversight to avoid actions that harm the company.

The brilliant gamechanger’s job is to create a highly valuable, robust, and sustainable company for all stakeholders. Board members, executives, employees, and investors should be judged on how well they help make that happen. 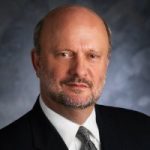 Rob Shelton is a globally recognized Silicon Valley–based consultant, author, and speaker on entrepreneurial excellence, breakthrough innovation, and scaling to drive rapid growth. His upcoming new book is “The Brilliant Jerk Conundrum: Thriving with and Governing a Dominant Visionary“, which he co-authored with Marc J. Epstein, PhD. You can connect with Shelton via LinkedIn.