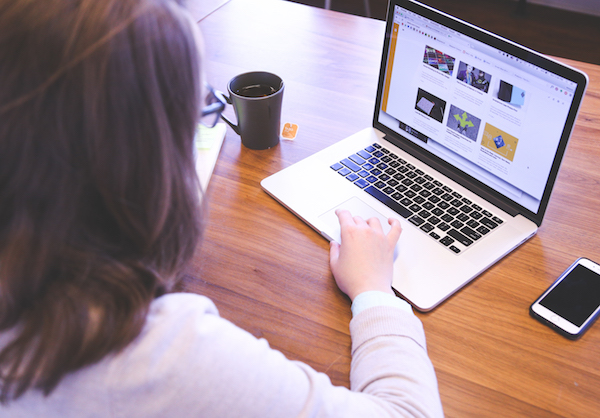 As a society, when we think about someone sitting in their home slaving away at a website, our initial thought is something negative along the lines of ‘maybe they should get a real job’ or ‘that’ll never work’. It’s a toxic attitude, but one that is still rife due to it being something fairly new and away from what has always been the norm. The ‘normal’ way of earning a living has always traditionally meant getting up, heading to the office/warehouse/yard, and tiring yourself out all day. Well, it’s 2019, and there are new methods that can pump lots of money into your bank account.

If you’re quite the tech-savvy person (or even if you’re not), and you think that this sort of thing could work for you, then why not give it a go? It could be the ideal job for you. If you have a PC or laptop, then you’ve little to lose. This kind of thing might take a little time to understand, but once it’s all in your noggin, then it’ll stay put. If you have a couple of minutes, perhaps you could continue reading as we talk about why you should try it and how you can make a genuine living out of it.

Many Have Done It Before.

For the majority of people in this world, the thought of stepping into something new is usually followed by negativity. They often never pursue something that could really skyrocket their entire life because of silly reasons. You have to look at those who did something about it, though, and specifically, what kind of person they are. I’ll tell you what kind they are: normal; nothing special. They just gave things a go and never gave up. You can also do that.

That’s right. The hard part is obviously coming up with a topic (it’s not hard if you have a serious passion for something, obviously!), but once that’s thought of, slotting in pieces of content should be fairly simple. There are millions and millions of internet users; you’re going to resonate with lots of people.

This little method of money-making is a very popular one – especially with the likes of bloggers. Once you’re all set up, you’ll look for businesses within your niche. If they’re selling something, then you might want to get a piece of that profit! If they have an affiliate scheme, then you can get in on it. Your job would basically be to promote a certain product or service and provide a link to it. If someone clicks the link and buys; you get some sweet commission!

You Can Easily Throw In Some Advertisements.

Things like Google Ads can be a great source of income. You can obviously independently contact companies and ask if they’d like to advertise on your site, but Adwords is a good initial starting point. Google provides adverts on your site that a relevant to it; if someone clicks on the ad, then you get paid. Simple. There are more detailed aspects to this stuff, and with Adwords management shifting to automation, there can be a lot to sink your teeth into in terms of the technical side. If your website has a lot of visitors, then this little scheme could make you a very wealthy human being.