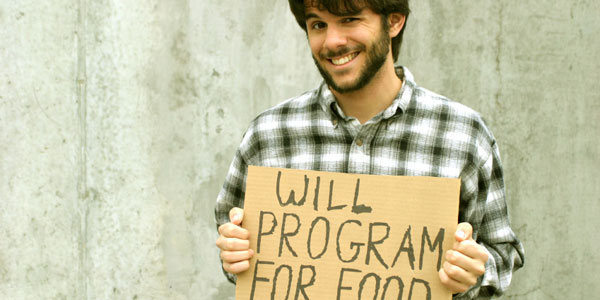 The tech job landscape across Canada has continued to grow. In 2018, Canada had a record-low unemployment rate and as a result we are seeing more companies, startups and online-based businesses dedicated to serving the niche-jobs industry.

New emerging technologies have been the key catalyst for in-demand jobs. Positions for software development and data science continue to expand throughout the industry. According to tech recruiters, 2019 has brought a handful of tech jobs to the forefront, such as cyber security engineering, AI/machine learning  and data scientists, to name a few.

Despite foreign talent being more interested in Canadian IT jobs, there are countless openings for Canadian tech jobs on a per-capita basis than any other country right now. Per the same Randstad article, international tech companies and investors consider Canada as a place to do business or hire a software development team. The prediction was that Canada would face a shortage of programmers and IT professionals. The report from Randstad also states these professionals are staying put in many of the major cities. This has shown that the state of hiring within the Canadian tech industry in current cities and emerging cities are growing.

Vancouver has long been considered the tech center of Canada’s western provinces. Hiring for tech jobs in Vancouver is all done online. There is a list of the most searched for jobs in Vancouver. These are software engineers, business analysts, project managers, graphic designers, and web developers. Job sites such as BCjobs.ca or Indeed are used by HR professionals searching to hire within the British Columbia tech industry. Organizations such as TechVancouver and HackerNest Vancouver host tech socials and monthly meet-ups. Vancouver has a situated tech market with a direct line to Silicon Valley.

Global interest in Canadian tech jobs has increased by 58%. Since 2015, the rising interest abroad continues to contribute to steady growth. Experts believe the global interest has made these jobs easier to fill. The B.C. Tech Association listed five tech jobs in high demand until 2021. Information systems analyst and consultants start at a median salary of $74,048. The most sought-after hires are computer programmers and interactive media developers. Tech companies need advertising, marketing, public relations, and technical sales professionals.  Websites such as 604jobs.ca target Vancouver for marketing/tech industry job searches.  Graphic designers and illustrators are no longer considered a starving artist and computer network technicians are keeping the tech companies running.

A report conducted by The Brookfield Institute states the tech sector was responsible for $117 billion or 7.1% of Canada’s economic output.  Information and communications technology include 4,600 companies and 45,000 employees. This generated $16 billion in annual revenues in 2015. And Alberta is at the forefront of key research for nanotechnology. Inno Tech Alberta Inc. tests new technology on a province-wide scale for industry and government. Yet the city of Calgary continues to grapple with high unemployment. People are afraid of losing more oil and gas jobs.  In 2016, 16.4% of the GDP in Alberta is from the oil and gas and mining sector.  Yet, the tech industry has diversified Calgary’s economy. Hiring for tech jobs in Calgary has changed. The skills needed for oil and gas jobs translate well into the tech world.

The Information and Communication Technology Council said the top in-demand jobs in Calgary are focussing on a digital future.  In 2018 seven of the most well-paying in-demand occupations required a digital or technical background.  Calgary employers found software developer and engineer as the most in demand.  Within the same report in 2018 over a span of four months was 600 plus vacancies for software engineer or software developer.  Tech sector employees earned on average approximately $67,000 per the Brookfield Institute report.  Alberta’s economy continues to diversify with the tech industry.

Saskatchewan is the silicon prairie.  ThinkSask.ca boasts about the opportunities within the tech industry.  The tech industry has this growth because of lower housing costs, affordable living, and strong incentives.  The estimates from the Brookfield Institute says there are over 65 tech businesses in Saskatoon. Per an Industry West Magazine article, the tech sector in the province accounts for 2.5% of all business. The company 7Shifts relocated its headquarters to Saskatoon.  Developing a popular mobile scheduling app, they raised $1.2 million in venture capital to move.  This caused other start-ups such as Vendasta and Noodlecake Studios to do the same thing.  The job hiring site Workopolis.com outlined Saskatchewan as a growing tech sector for new start-ups.

The tech firms in Saskatchewan averaged 100% year-over-year growth.  Yet the potential shortage for local talent was noted.  The recent success stories in capital investment caused this year-over-year growth or at least contributed to the growth of Saskatchewan-based tech companies.  Companies like SaskTech work closely with government and post-secondary institutions to help contribute to the number of qualified tech professionals.  However, they still struggle to fill open positions.

SkipTheDishes, Ubisoft, and NetSet Communications are some of the tech companies working out of Manitoba. SkipTheDishes is headquartered in Winnipeg, welcoming hundreds of new software developers.  The ICTAM said Manitoba has well-established companies and surprising local start-ups. Ogoki Learning Inc. developed the Ojibway People and Language App.  This application preserves the traditional teachings and languages of the Ojibway People.

The City of Winnipeg has been considered one of Canada’s top three growing cities.  In 2016, Winnipeg’s tech market saw a growth spurt which led the city to become a booming center for tech talent in Canada.  Much of this was attributed to the low cost of living.  Being able to buy a home and raise a family in an affordable city attracted the millennial crowd.  The tech sector in Winnipeg is part of the top five private sector employers and Manitoba is 38% of the workforce, per the Brookfield Institute report.

By 2017, the tech industry in Toronto became one of North Americas fastest growing tech market, per a CBRE 2018 North American Scoring Tech Talent report.  This was outlined on Workopolis.com as well, stating that Toronto added 22,500 new tech jobs that year.  The local talent hired was one of the reasons why the tech market in Toronto flourished so well.  The top educational institutions within the city had a hand in creating tech jobs and training the people to fill these jobs.  The tech sector in London, Kitchener, Waterloo, Hamilton, and Ottawa are in the top five for private sector employers.

Per the Brookfield Institute, the Toronto tech sector is 31% of private sector employers. Toronto is recognized as a tech hub.  IT World Canada wrote in 2018 that Toronto was still a strong magnet for start-ups, which raised $248 million in 30 different deals in 2018.  Ottawa has the densest concentration of tech workers.  Toronto has the largest tech labor pool in Canada with 28.9%.  Since 2012, it produced half of all the tech jobs added to Canada, per the CBRE research done on Canadian tech talent.

The city of Montreal has become a global hotspot for the tech industry which boasts some of the strongest numbers for in-demand IT jobs within the province.  Recent advances in artificial intelligence have created a strong need for more AI professionals.  The university scene throughout Quebec is infused with research funds for AI projects. There are many tech companies in Montreal, such as Ubisoft, and Electronic Arts, which are large software producers.  The province of Quebec is a strong hiring field for tech jobs.

There is a laundry list of tech companies to watch for in 2019.  Betakit.com, a startup news website, reached out to the Montreal tech community with a list that was developed with all the new up and coming tech companies in 2019.  This includes artificial intelligence and apps for apartments room rentals.  Montreal is a spot for new start-ups and venture capital.  Quebec City is home to many innovative tech companies and industries.  The IT sector is small, but the demand for tech jobs is not.

Opportunities New Brunswick pointed out some key things about the tech sector in the province. Successful IT companies have discovered New Brunswick.  It is a central point between Europe and the Americas.  It is a hub for tech leaders like IBM, Xerox, Salesforce, and CGI.  The province has a robust start-up community.  The University of New Brunswick has a key role in building strategic partnerships.

Each year there are new promising tech start-ups within the province.  SomaDetect, a Fredericton-based company, developed a sensor that measures key indicators of dairy-quality from cows.  FitStats is a Moncton based company which develops injury-tracking software.  This software is being used by the Norwegian Olympic Center and Team Norway.  Many companies like these and more have made an impact on a global stage.

The educational institutes in Nova Scotia offer degrees that relate to industry needs. Nova Scotia Business Inc. boasts that the province has some of the best ICT infrastructures.  The province has the lowest operating costs for companies working in the digital services industry.  Nova Scotia has the highest digital media tax credits being offered in Canada.  Hibernia Atlantics network of subsea cables provides some of the worlds best internet connections.

The ICT industry accounts for 8.2% of Nova Scotia’s business sector output.  There is a vibrant eco-system in Nova Scotia.  The combination of post-secondary education with established multinational firms and an active start-up community.  This has resulted in a well connected global cluster of technology jobs and strong talent.

The information and communication tech sector is growing in many areas.  Innovation PEI points out consistent growth with ICT.  The industries include healthcare, independent software developers, financial services, aerospace and defense, wireless and mobile applications and gaming.  This is a combination of applied research and new product development.  Advanced infrastructure is key, provided by companies like the Atlantic Technology Center.

Global companies have established near-shore locations in PEI. This is because of the highly productive workforce and low operating costs.  The average job tenure in PEI is 9 years. Based on a Stats Canada labor force survey, the local companies have access to a growing pool of skilled individuals.

Canada Tech Sector at a Glance.

The growing tech sector has over 864,000 Canadians employed.  Per the Brookfield Institute report, Ontario and Quebec hold the highest proportion.  Alberta and British Columbia follow closely behind. The total employment from the tech sector in Canada accounts for 5.6%.  Growth in the tech sector is driven by low energy and commodity prices.  New technologies drive employment creating demand for skilled people.  Nearly 71,000 firms make up the tech sector, representing 6.1% of Canadian business. Canadian cities have benefited from the change in the industry.  Technology changes rapidly and this causes the demand for skilled professionals.