Digital currency is a popular topic in today’s financial landscape. And for good reason. The market value for digital currency is rising, and so is public interest. After all, digital currencies have been adopted by major brands around the world. Overstock, Expedia, Shopify, and Microsoft are among them. If you’re looking to reach millennial clients with digital currency, there are a few tasks at hand: you’ll have to educate them, communicate the benefits of using digital currency, and link it with a cause.

Here’s how you can successfully penetrate the largest generational market of today:

Reaching millennials requires a bit of legwork. As with anything, understanding the product is crucial to success. Market education is necessary. And while many millennials have some basic understanding of what digital currency is, the extent of their knowledge is grounded in theory, not practice. The vast majority of them have never tried to use digital currency themselves and wouldn’t know where to start. Part of leading education involves stripping away common assumptions, too. For example, many people associate digital currency with illegal online activity. And while this does happen (namely with cryptocurrency), it’s an exception and not the rule.

Educate your audience on how digital currency works — well-designed videos with cool graphics are the best way to achieve this. For instance, although the terms “digital currency” and “cryptocurrency” are used interchangeably, there are some key differences they should be aware of. Unlike cryptocurrency, digital currency has no real-world equivalent. It can be used to pay for goods and services and isn’t subject to political or geographical borders. Cryptocurrency, on the other hand, is just one type of digital currency. Its foundation rests solely on cryptography — making it a highly secure way to exchange assets.

At face value, all types of digital currency are algorithm-based and help eliminate the middleman in the transaction process, providing full transparency for the user. The execution, however, varies from currency to currency. Millennials should understand the difference between centralization and decentralization, as well as how the user key community plays a key role. In the world of cryptocurrency, stakeholders and users hold the same value and weight.

Part of leading education on crypto currency means simplifying its benefits and use cases. What makes digital currency valuable? Why should they use this currency? How can you communicate the crux of those benefits in easy-to-understand, bite-sized bits of information? These are all things you should start to think about as you encourage this market to gravitate towards digital currency.

One of the biggest advantages of digital currency are its nominal fees. Compared to traditional credit cards, virtual wallets like PayPal, and banks, fees are essentially nonexistent. As interest rates rise and outstanding balances climb, fees are at an all-time high. According to data from Magnify Money, consumers paid $104 billion in extra charges in 2017 — 11% more than the year before. Projections are even higher for 2019. Conversely, the fees for some digital currencies are 1% and below.

Digital currency also cloaks each user with a much higher level of protection. In a digital age, a person’s identity is worth its weight in gold. And yet, many big businesses accepting online payments have been hacked, exposing users to vulnerabilities that could cost them their livelihoods. Sony’s hack resulted in millions of dollars of losses for its users. Over in South Korea, 100 million credit cards and 20 million bank accounts were comprised — all thanks to a single employee at the Korea Credit Bureau. Equifax exposed 200,000 credit card numbers; Yahoo risked user data for millions; and Marriott saw 500 million customer accounts compromised.

The list goes on and on. In the digital world, privacy and information is the biggest asset one can have. With digital currency, the risks associated with user data is greatly diminished or obsolete all together. That’s what digital currency can offer in a world where new malware samples are being launched in the hundreds of thousands range each year.

There’s no doubt about it: millennials have a significant influence on philanthropy. This is a group of people intent on changing the world around them. Their purchase behavior is often driven by a strong moral code to do what’s right. From supporting a myriad of causes to changing their consumption behaviors, they feel an obligation towards “helping.” It’s because of this that you can find so many for-profit businesses integrating partnerships with non-profit causes.

Many of today’s businesses aren’t just about bringing in a dollar, but providing some form of social change. Case in point: over at Ven Currency, the value includes carbon futures, which means that the more Ven there is in circulation, the more carbon assets are held in reserve. The more that Ven grows, so too does its ability to fund environmental protection.

In 2014, 84% of the millennial population supported a charitable cause with a financial donation, and 70% donated at least one hour of their time to a charitable cause. With this in mind, it’s important to think about how to attract millennials with a service that incorporates the act of giving. Take a look at how other for-profit businesses, like TOMS shoes, are achieving just this. 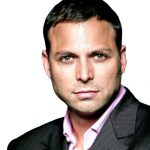 Stan Stalnaker is the Founding Director of Hub Culture, a social network service that operates Ven, the only digital currency to thrive on a basket of commodities currencies and carbon futures, making it the world’s first green monetary system.  A leader in the market, Ven is a stable digital currency that is recognized by global financial markets and indexed by Thomson Reuters.

Why Temporary Work Could Be Great For Your Career

The Best Neighborhoods In Washington DC For Your Next Real Estate...