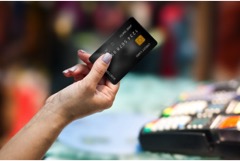 The PSI-Pay Company started being functional in the year 2007 as it helped the business community in the world. It is a company that is proud of their efficiency, transparency, and clarity that has helped them become a company that is trusted globally. In addition to that, they are a team that is motivated by their group of very hardworking professionals with so much experience in alternative payments and banking sector.

PSI Pay got licensed as a payments institution by the Financial Service Authority in 2007. Later on, the company got another Electronic Money Institution license and they regulated and authorized by the Financial Conduct Authority who allowed them to issue money electronically throughout the European Union.

In addition to that, it is a major partner with the MasterCard International and have been doing this ever since 2009. The company has been issued with a license to supply prepaid payment cards and debit card, Contactless programs (also referred to as PayPass) and virtual cards globally. Interestingly, the firm has since 2014, been offering the MasterCard services directly all over the United Kingdom.

The company is majorly seen to empower those who partner with them to be able to excel in whatever they do, be it marketing, sales, general management or even the distribution of the card payment programs. They mainly deal with MasterCard Activities like settlement, reporting, and approvals and include activities by the regulator who is the Financial Conduct Authority

The Best Financial Year as Reported by the PSI-Pay Company.

The company proudly announced that 2015 was its best year financially. The institution is believed to be firm and this is evident in that the firm has now created a new, better, supplier relationship and have also made improvements on the technological front.

However, the numbers do not lie as PSI business was believed to have risen by 29%, the pre-tax profits also went up and the income revenue went high by 45%. This was different from the previous year’s 15% increase in revenue and a Gross Profit of 43%. This announcement was done by the Managing Director Phil Davies who acknowledged it as a team effort.

Kerv Wearables and the PSI-Pay based in the United Kingdom came together to announce the contactless payment ring. The firm is in charge of offering payment card facilities and digital accounting to the global market while Kerv is one of the top innovators in the alternative payments industry.

This partnership will allow the Kerv contactless payment ring users to be able to make payments or fund their accounts in over 38 million locations across the globe. All this was possible after the PSI-Pay’s MasterCardlicense was leveraged.

People who use the payment rings can be able to manage funds, switch their rings on and off, they can as well make NFC payments and finally, they can also receive transaction alert via SMS or even their app.

Conclusively, PSI Pay Company was fast to assure its citizens on the effect of Brexit. The Managing Director Phil Davies was fast to assure the clients that it would still be business as usual and nothing was to be a cause of alarm or panic.