by Matt Shealy, President of ChamberofCommerce.com

When it comes to app builds, there are three key components that will drive success:

It starts with assembling the right team of developers and IT operations into a collaborative DevOps operation. Adding the right tools and automation, teams can design, test, build, and deploy software more agilely.

An integrated workflow supports rapid deployment and flexible workflows. While workflows can be customized, automation provides for standardization of environments and processes. It also creates an environment for repeatable development to build, test, and produce apps.

Automation can handle many tasks that teams needed to handle manually in the past. This reduces the time it takes to configure environments and do repetitive tasks. These repetitive tasks often led to human error and team member burnout. Automation also saves time. Time, as they say, is money.

8 Of The “Must Have” Tools For App Development.

There are plenty of open source software and commercial software solutions that DevOps teams are using to accelerate app development. You may use one or several, in isolation or combination with each other.

Kubernetes is an open source software solution to automate deployment, scaling, and management of containerized applications. Kubernetes groups component containers into logical units for easier management. It was designed on the same principles that allow Google to run billions of containers weekly.

Helm helps you to manage Kubernetes applications. Helm charts can define, install, and upgrade even complex Kubernetes apps. They provide for simple sharing and rollbacks. It is a product of CNCF (Cloud Native Computing Foundation) in collaboration with Google, Microsoft, Bitnami, and over 400 developers.

Jenkins also supports CI/CD as well as script automation. Featuring more than 1400 plugins, it is a self-contained Java-based program that can distribute work across multiple machines and platforms to drive builds, tests, and deployments.

Vagrant is a tool for working with virtual machines. Teams can efficiently create and configure portable development environments. Instead of installing environments on each team member’s workstation, Vagrant allows anyone to pull the environments and configurations to ensure code environments are the same across developers.

Ansible strives to break down silos to further collaboration through automation. It can integrate systems and tech you already use to accelerate growth. Ansible works as a universal language allowing you to launch enterprise-wide protocols simply.

Gradle was designed for multi-projects builds, which can grow to large scale. It is another open source build automation tool that allows developers to write in C++. Java, Python, and other programming languages.  Gradle built on the foundations of Apache’s Ant and Maven. Gradle has the power and flexibility of Ant with Maven’s ease of use (and without XML).

Which tools you use and how you integrate them into your systems will boil down to team preference. The right tools will accelerate your app build and help your team efficiently manage your project. 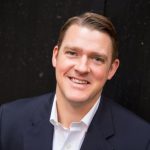 Matt Shealy is the President of ChamberofCommerce.com. Chamber specializes in helping small businesses grow their business on the web while facilitating the connectivity between local businesses and more than 7,000 Chambers of Commerce worldwide. Matt is a seasoned marketer and technologist working with technology powerhouses like SAP and Campaign Monitor. As ChamberofCommerce.com’s President, Matt’s focus is to lead the charge in connecting brands with their customers in a meaningful, authentic way.