by Chris Grey, co-founder and COO of CapLinked

In the uber-competitive startup world, surviving is success in itself.

Conventional wisdom says that 90% of startups will fail. So founders, listen up: Before envisioning your new company as the next headline-making unicorn, consider all the hard work — and luck — it takes to even reach profitability.

Many aspiring entrepreneurs love to picture the finish line, but rarely account for the daily chaos they’ll face along the way.

As a founder, you have to come to terms with not having complete control — of your team, the market, or your valuation. This is one of the most valuable lessons I’ve learned in my eight years of running CapLinked.

We’re not worth a billion dollars. And for that reason, we’re not celebrated as a true success in the tech industry. Because the tech world is a lot like Hollywood — it’s all about the stars, the elite few you read about in The Wall Street Journal and Entrepreneur. But in reality, in the tough-to-break-into world of Hollywood, anyone making a living as an actor is a success story.

The same is true for tech startups.

If you survive and you make money, that alone makes you part of an elite group — the top few percent. I’m proud of what we’ve accomplished and think what I’ve learned along the way is well worth sharing.

These are the six toughest lessons I’ve learned while building a business from the ground up:

1. You can only achieve what your team is capable of doing.

Seem obvious, but many people don’t get it. The mythology of startups revolves around the idea that you should always shoot for the stars, but the harsh truth is that you won’t always possess the firepower to do it.

Your company is limited by the people within your organization. So we should be teaching startups to work with what—and who—they have. That way, founders can set reasonable, attainable goals for their team and their company.

This isn’t something we talk about enough. In the startup world, there’s this overly optimistic narrative that anything is possible. But early-stage startup founders can’t think this way, because when immediate goals are unrealistic or unachievable, a startup is bound to crash and burn.

For this reason, self-awareness is key to survival for startups. If you’re going to swing for the fences, you have to fully understand what your team can do. Or you will just end up striking out.

2. You have to understand what your advantage is.

One of the first things every founder should do is determine their competitive advantage.

This will save you a lot of time — and heartbreak. If you can’t quickly determine your competitive advantage, you probably don’t have one. And if you don’t have one, you will never succeed.

Think of it this way: If you’re playing poker and don’t know who the weakest player is, it’s you.

You need to determine your advantages, disadvantages, strengths, and weaknesses. Like with knowing what your team can do, you have to know yourself inside and out.

Goal-setting is one of the most useless activities that a company can spend its time doing, mainly because the generally accepted idea of how to set company-wide goals is inherently flawed.

Instead of having everyone focus broadly on a universal goal, companies should focus on helping each employee become their best, most productive self. In fact, I invest in an employee performance enhancement company that is pioneering an approach built on this exact philosophy. The company is called 15Five, and I expect that some day it will be a unicorn.

The power of this approach is that it works from the bottom-up, rather than the conventional top-down approach. It evaluates each team member as an individual with distinct abilities and strengths. It provides employees with support, not just a grade. And in turn, it helps businesses see better tangible results across the board.

4. You have to use data to evaluate people’s skills.

Being data-driven is almost always a smart choice when evaluating your people as well as your company.

Before I began relying heavily on what the data told me, I placed too much emphasis on what people told me about their skills and knowledge. A lot of the time they ended up producing more excuses than results.

My advice is this: Set high standards for the people you hire. Because in this industry, 100% of the value truly is made up of the people involved. Sure, IP and patents are the marks of a company with great value—but that’s only true when they’re associated with the right people.

And for that reason, every tech startup — or any startup, really — should be using data-driven benchmarks to ensure their people are producing great results. Don’t accept excuses.

5. You have much less control over things than you think you do.

The first step is accepting that many of the factors that make a startup successful aren’t within your control.

You’ll never have control of the people around you, the industry you enter, or the value of your company. Outside of your own behavior and decisions, there are tons of variables that are completely immune to your influence. Many people don’t realize that there’s a lot of luck involved in business — especially in the startup world. It’s really not that much different from winning the lottery.

Here are a few things founders often think they have control over, but really don’t:

Attracting talent. Your company will always seem more interesting and attractive to you, the founder, than it is to potential hires. The people you want as part of your company won’t always want to join it.

Fads and phases that launch industries and products into the stratosphere are largely unpredictable and difficult to understand. Many investors put their money into what is trending, even when it’s not clear why it’s trending. For this reason, the value of your company may be volatile and mostly out of your control.

The motivations of other people. You’ll never fully understand what attracts people to a company or drive them to do almost anything they do. Your startup may seem like the most interesting and attractive opportunity in the world to you, but investors and employees often won’t see it the same way.

One great example of the slipperiness of trends is social buying. Years ago when Groupon was the biggest thing in startup land, billions of dollars were invested in hundreds of copycat social buying startups. Groupon has since proven to be mostly a flash in the pan and the hundreds of copycats mostly became nothing. Billions of dollars disappeared and thousands of starry eyed founders and employees ended up with nothing. It was just a trend that fizzled out.

The value of your company, in many ways, has absolutely nothing to do with you. So by all means, do everything you can to succeed. But also accept the fact that you have very little control over what happens.

6. Running a business is inherently chaotic.

Founders must have a high tolerance for extreme uncertainty.

Every day I respond to multiple crises I had no idea were coming. One day, we have problems trying to renew an insurance policy. The next day, an employee unexpectedly quits, leaving a number of responsibilities to an already busy manager or putting more on to me. The day after that, a customer reaches out with a major issue, entirely shifting our focus and diverting time and resources we’d planned to spend on something else.

When investors are involved, the chaos rises to a whole new level. You have to worry about whether they’re going to give you the funding they promised. Depending on the kind of money you take, your investors may be setting the agenda and constantly disrupting the priorities you set for yourself and your team.

Each of these lessons drives home the point that awareness is the most important quality for a founder to have. Self-awareness. Awareness of the things you can control and awareness of the reality that a lot of factors will be completely out of your hands. The awareness that success requires knowing exactly where your company stands in relation to competition. And the awareness that even if you do everything right, and make all the right decisions, success is never guaranteed. 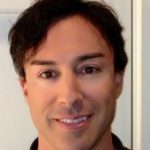 Christopher Grey is the co-founder and COO of CapLinked, and enterprise software company offering an information control and risk mitigation platform for the sharing of confidential or sensitive documents and communications outside of the enterprise. Previously, he was a senior executive and managing partner in private equity and corporate finance for 15 years and directly involved in the deployment and management of billions of dollars of debt and equity investments in various industries. Christopher founded two companies, Crestridge Investments and Third Wave Partners.