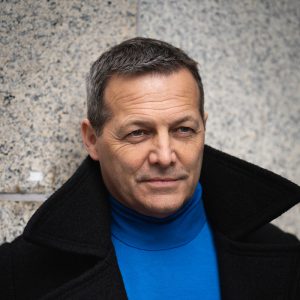 Sean St. John is a Toronto executive with over 25 years of experience working in banking and finance. For the past roughly 22 years, he has worked at National Bank Financial, where he currently serves as the Executive Vice President and Co-Head of Fixed Income, Currencies & Commodities. In this position, he is in charge of the bank’s fixed income division, with responsibilities over sales and trading, infrastructure finance, debt capital markets, and interest rate derivatives.

Notably, in his role at National Bank, Sean St. John helped the bank become the top adviser on Canadian debt issues for corporations and governments in 2016.

Outside of his career, Sean St. John is active in a range of charitable organizations. He currently serves on the board of Right To Play Canada, an organization that helps children in need around the world through educational and fun sports and games. In 2018, he chaired Right To Play’s The Heroes Gala, which raised a record $2.8 million for the charity.

Sean St. John also serves on the Board of Governors for Road Hockey to Conquer Cancer. Along with a team of colleagues from National Bank, he participated in the Scotiabank Road Hockey to Conquer Cancer 2018 Event at Woodbine Racetrack in Toronto where he helped raise $2.7 million. The funds raised at the event go toward valuable cancer research at the Princess Margaret Centre. St. John is also a proud supporter of the United Way and the Children’s Aid Foundation.

We speak to him about his work and experience.

You have been with National Bank for over two decades. Driving and developing a team-focused, people-first culture is a big priority at the bank. From your experience, what does it take to develop a culture within a business that places its people or team members first?

Sean St. John: First of all, it takes time. It doesn’t happen overnight. But most important of all, you have to listen, be open-minded and empathetic. Listen to the input of each team member, and consider their opinions. This is especially important when situations arise that require you to make tough decisions. Making the easiest decision in tough times can blow up a culture that has taken years to cultivate, instantly.

Through example, you have sought to emphasize the contributions of your team members at National Bank as crucial to contributing to the organization’s overall success. Can you speak to our readers about why it’s so important to have the right team of people around you?

Sean St. John: In my opinion, having the right team of people is the number one factor related to a company’s success. When I’m looking for people specifically, I want to see that they have drive, they thrive in groups, and a mindset of shared goals.

With honesty and integrity at the forefront, what are some of the most important values you think a leader should demonstrate?

Sean St. John: Number one, leaders need to have a genuine interest in the success of the people they manage. Those people need to know they can depend on you and come to you with work related and non-work related issues and receive an empathic understanding. My leadership is about helping and supporting each other.

Many successful leaders have turned to a mentor for guidance at some point during the course of their careers. Have you personally benefited from any mentorship and, if so, how?

Sean St. John: Early on in my career I had a mentor who taught me an interesting analogy, one that I still use today. The analogy is: come to work everyday and aim to hit singles and doubles. Don’t look to hit home runs. It’s about being consistent. Being there everyday with the same level of energy and commitment.

We’ve all experienced adversity at one time or another. What steps do you take to resolve complicated problems and rally your team to rise above those challenges?

Sean St. John: When an issue arises, I do try to come up with what I think the ideal solution would be. But instead of acting on it, I take time and listen to different perspectives, and I don’t make any rash decisions.  And most importantly, understand that mistakes happen, stand beside someone in tough times, show compassion and empathy – that’s culture.