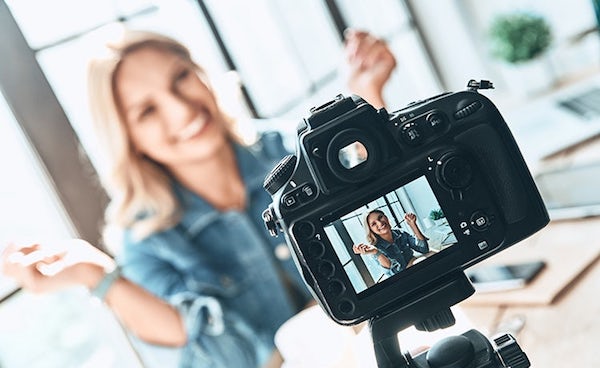 In the past century, whenever a new trend would emerge, there was a good chance that actors, musicians or professional athletes had something to do with it. People would turn to traditional media, such as magazines and tv to see what their favorite celebrity was doing, wearing or even eating. In the past decade, more and more individuals have distanced themselves from traditional media and turned to the internet to get their daily dose of information, making room for a new group of trend initiators.

The Rise of the Influencers.

In a way, celebrity influencers were always around, promoting products, brands or services. But, as they were showcasing what seemed to be an unattainable lifestyle, more relatable influencers arose from the pages of online platforms. They were soon called social media influencers or online influencers and so, a new era began. It was only a matter of time until strong brands noticed the power online influencers had over their loyal audience, by constantly engaging with their followers.

Believing that influencers are just a marketing tool is a big mistake. Some say they have become the leaders of a new generation, exactly due to the fact that they constantly generate conversation topics and engage their audience, becoming real trend-setters. Their authenticity and natural, almost effortless, way of spreading a message and raising awareness about particular subjects or brands is perhaps their biggest power.

Past generations used television as the ultimate way to relax after a long day, getting the majority of their information from the small screen and making it, for decades, the primary advertisement channel. Nowadays, teenagers and young adults have become less and less interested in TV and have shifted the power towards the online. YouTube and Instagram have become the main source of entertainment for today’s generation, particularly because they are the main platforms influencers use to post their content.

How Does One Become an Influencer?

Becoming an influencer may seem like an easy and glamorous job, but anybody in the industry would tell you it is a 24-hour job and it’s not always just fun and games.

The first step for anybody who wants to become an influencer is finding a niche. Most of the time, influencers being by posting content they are interested and passionate about, but all successful influencers have, sooner or later, begun to focus on a specific niche within the industry. Just like for any other business, you will have to first identify your targeted audience. Answering a few questions might come in handy for that. Who are the people you would want to follow you? Who would be your ideal reader? To whom are you addressing your content?

After successfully finding a niche, you have to choose your social media channel. Studies show that more than 90% of social media influencers choose Instagram as the main channel to post their content. This does not necessarily make Instagram the best option for somebody who wants to become an influencer. The key is to choose a platform that best suits the targeted audience. If you want to post about fashion, lifestyle and travel, Instagram might be the right place for you. On the other hand, if your content focuses more on video games, tutorials or even life coaching, turning to YouTube might have a better impact. Platforms such as Instagram and Facebook allow you to post a variety of content formats, such as videos, pictures and text, whereas YouTube focuses solely on a specific format – videos.

Combining various networks can help, especially in the beginning, as it can allow you to reach out to a much bigger audience, but this also involves more work, as you will have to come up with original content for all of them. Choosing a main network and using the other ones to support it may be the best decision. Some of the most subscribed YouTubers began their career on YouTube and slowly turned to Instagram, Twitter and even Facebook to build up their audience.

When creating your content, choose a main format that can help you express yourself and adds individuality to your posts. Providing your audience with the right amount of informative and personal content is key. An effective content strategy is using the 5-3-2 principle. This means that out of every 10 published posts, 2 should be personal posts that help your followers relate to you, 3 should consist in educational and informative content created by yourself and 5 should be valuable content from other sources. Sure, you might be thinking that having half of the content you post curated from other places might seem counterproductive, it might not be that way. Part of being an influencer means being able to provide your audience with valuable and relatable content, including content written by others, that you think might be useful for them. Plus, sharing content that is relevant to your audience shows that you are up to date with the news and know what is happening around town.

Engaging with your audience is one of the best ways to show your followers that you value them and want to develop a relationship with them. Addressing questions and responding to their comments may not always be an easy job, as there can be a lot of negativity around the comment section. Try to address them as professional as possible and shift your focus towards the more positive ones.

Always monitor your progress and make use of the analytic tools that social media channels provide. Be up to date with the everchanging algorithm of the networks, to avoid violating the rules and getting penalized.

What Will the Future Hold?