by Celia Belt, author of “Remarkably Intact: Angels Are No Strangers to Chains“ 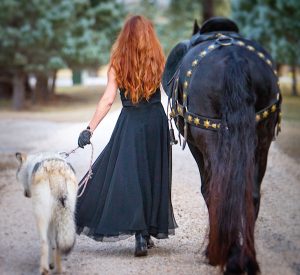 Late one night in December of 2000, I found myself driving home from another long day of volunteering on the burn unit. It wasn’t much different from any other day; I’d been volunteering for nearly three years and it had become a second home to me. I’d spent time in several patients’ rooms and in the waiting rooms with their families, offering emotional care and an ear to listen. I was quite accustomed to the sights, sounds, and smells that exist on the burn unit. After all, I myself had spent much of my childhood on many a burn unit. I also spent a good deal of time with the case workers and staff offering my assistance — not just my emotional assistance, but also financial assistance. That included exchanging ideas for ongoing patient care and making one phone call after another to rehabilitation facilities in a desperate attempt to find scholarship beds for those soon leaving the burn unit or negotiating with compression garment companies on the extremely high cost of their wound garments for our patients.

As with most days, I received more nays than yays, and I knew I would need to write more grants, host more fundraisers, and dig into my own pocket to help these poor souls return their lives to some form of dignity and normalcy. It occurred to me that it was a constant battle to find the necessary medical and counseling support these injured souls so badly needed. It was also a reminder that many had much in common: poverty. Workplace hazards, abuse, neglect, and poor living conditions all seem to be common elements of many burn survivors. It’s easy to understand that when people are working in compromised conditions and living in substandard housing, they are being exposed to hazards that include the very real possibly of being burned. There’s also a darker side to burns, abuse and neglect. Each year, thousands of incidents of abuse are reported here in the U.S. Children, women, and men have been set on fire, doused with acid, flammables, and boiling water due to the anger and rage of another human being. Many of these incidents are covered in the news and we find ourselves in shock and awe, yet the concern many times ends there, with very few people taking the time to reach out and find a means of helping these burn survivors find a way back to health and home.

The effects on these damaged souls, both physically and physiologically will take years, and for many, there will be no healing.  There is also the issue of insurance, the fact that a substantial number of them are under-insured or have no insurance at all.  Many lack a supportive family or close-knit group of friends to aid in their road to recovery. Those unfortunate enough to sustain these life-changing injuries find themselves on burn units, suffering the most horrific of injuries and enduring pain that is beyond description. Their bills frequently fall to the general public to bear, and when they are released, most will never receive the ongoing rehabilitative care they so desperately need to return to some form of a normal life, to say nothing of the counseling support both they and their families need. Their return home is bleak, and they may find themselves unable to work, and some have lost their homes and all they own in the accident. Families find it difficult to adjust, and many experience domestic violence, divorce, and depression. Some, sadly, resort to suicide.

I began my volunteer work on the burn unit in early 1998 and within months of my volunteering I co-founded Moonlight Fund, a nonprofit for burn survivors. I had no choice, as I saw firsthand the multitude of burn patients that so desperately were in need of support. I searched the country for nonprofit and government support and found little-to-none. Burn injuries are considered “taboo” in our society and even today, there remains little support. These disfiguring injuries remain a demographic issue and it is not an easy task to raise funds for this group of disabled individuals. I have found myself competing for grants against fellow nonprofits that care for pets, children and more, let’s say “friendly” groups. I must fight tooth and nail to convey to people that this is a real need. There are more than 500,000 burn injuries in the U.S. each year. You may have some living among you, yet you may never notice them. Burn survivors tend to isolate, shopping at late night venues that offer safety from the harmful rays of the sun and the prying eyes of others; simply put, they find safety in the moonlight.

Not until the war began producing large numbers of burn injuries, did our nation begin seeing burn survivors as warriors. Our burned military members were more comfortable going out in public and I hoped the tide was turning for all. This group of burn survivors was receiving the type of medical and psychological care needed to heal, and that provided the confidence they needed to be more visible and return to a more normal life. Our country ensured that they received the best of care and it became even more heartbreaking to see that our civilians had no access to such fine care.  As those days have now passed, I see a return to times of the past, and once again, I see very little in the way of care and services for burn survivors. I pray each day that it does not take another war to open people’s eyes to the very real needs of burn survivors. They are people, they have families, lives, pets, hobbies, hopes, and ambitions, just as we all do. Perhaps you can remember that one time in your life when you had that one real bad break.  Well, my friends, I am dealing with thousands of people who have had more than one bad break. 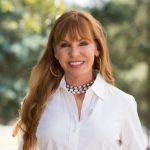 Celia Belt, a burn survivor, is the founder of the award-winning Moonlight Fund Inc., a non-profit organization that provides financial and emotional assistance to burn survivors and their families. She is the author of “Remarkably Intact: Angels Are No Strangers to Chains“.