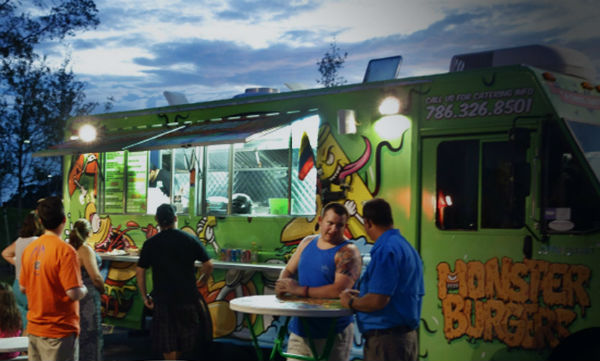 by Anet Drapalski and Melissa Shimizu, attorneys at Fisher Phillips

As free meals have become the norm at technology companies, an unexpected byproduct of such a perk is the decreasing customer base for local restaurants. In an attempt to thwart this trend, Mountain View and San Francisco have proposed local rules and ordinances aimed at putting an end to employer-provided free meals.

The City of Mountain View recently passed a new rule regarding employer-subsidized meals at the city’s Village complex, where tech giant Facebook is scheduled to open its new office this fall. The project-specific rule prohibits companies from subsidizing employee meals by more than 50 percent. However, companies are allowed to fully subsidize employees’ meals if those employees go to restaurants that are open to the public.

According to Mountain View’s former mayor Michael Kasperzak, the measure “really was geared more around trying to make sure we didn’t have 400,000 square feet of office space with people that never left the building.” The city passed such a project-specific rule after increasing pressure from local restaurant owners about the practice having a negative impact on local eateries. What’s more, the Mountain View City Council is looking to expand the Village complex rule to the entire city. Such an expansion would directly affect tech companies with offices already in Mountain View.

The Pros And Cons Of The Attempted Cafeteria Ban.

On July 24, the San Francisco Board of Supervisors introduced an ordinance seeking to ban in-house cafeterias in any newly constructed buildings. The proposal was met with mixed opinions.

Proponents of the ban argued that since tech companies were offered tax breaks for locating their offices in the San Francisco Mid-Market neighborhood, they have an obligation to add value to the neighborhood by, among other things, supporting local business. Proponents of the ban argued that the purpose of the tax breaks was to encourage economic growth. Instead, proponents contended that the free-meal perk negatively impacted local restaurants and discouraged new restaurants from opening their doors, as employees are disincentivized from “leaving the building” and engaging and exploring their community. Proponents of the ban further argued that in-house cafeterias take away business from local restaurants and cafes who are unable to compete with the low price of free.

On the other hand, opponents of the ban argued that the ban would not achieve its intended purposes as it would only prohibit on-site cafeterias in new construction and would not retroactively apply to tech companies with offices already in the city. Opponents argued that this ban would further not stop tech companies from striking a deal with outside caterers to bring food into the building. Moreover, opponents claimed that such a ban could lead to employees not fully enjoying their meal and rest breaks, as they would have to spend considerable time either driving to get food or waiting at busy restaurants to eat. Finally, the opponents argued, eliminating company cafeterias would also mean eliminating jobs that can come with good pay. For example, Facebook cafeteria workers have high-paying jobs and affordable benefits such as healthcare and pension plans. Banning new on-site cafeterias can have the effect of eliminating well-paid jobs for minimum wage jobs.

With this background, the San Francisco Planning Commission unanimously rejected an absolute ban on in-house cafeterias in new construction on October 25, noting that an outright ban of the same would not be plausible given that cafeterias and free meals are so deeply embedded at tech companies. Instead, the Planning Commission asked the city supervisors to come up with an alternative that would help local restaurants, such as offering looser code requirements for approval of new facilities if the cafeterias are open to the public or if employers provided vouchers to employees to use at local restaurants.

What Do Employers Need To Know About This Trend?

Employers should review their meal period policies in the event ordinances prohibiting free meals or on-site cafeterias are passed in their jurisdiction. This is especially important if the meal-period policy requires for the free meal to be consumed on the employer’s premises. In a recent opinion, the 9th Circuit Court of Appeals explained that requiring employees to eat discounted meals in the employer’s premises complied with state law, so long as purchasing the discounted meal was voluntary and the policy was in place to ensure the benefit was utilized by employees only. If cafeterias are open to the public, a requirement that employees consume meals provided by the employer at the employer’s premises could come under attack.

Moreover, it is important to note that the 2017 Tax Cuts and Jobs Act has slightly modified the rules regarding employer-provided meals. In general, you can still provide meals to your employees on a tax-free basis if they meet one of the IRS exemptions, such as meals while conducting business or meals furnished for the convenience of the employer. For example, a subsidized eating facility can be excludable as a de minimis fringe benefit when certain conditions are met. Similarly, you may still throw holiday parties with free food for your employees.

However, the practice of providing free meals to employees, opposed to providing a subsidized eating facility, may come under scrutiny if you cannot show that you meet an exemption. For example, the exemption for meals furnished for the convenience of the employer is a fact-intensive inquiry and much harder to satisfy than some employers may realize. Even though many of the tax laws were not changed, you may want to revisit your practices given the attention that has recently been placed on the taxability of employer-provided meals.