by Robin Hau, founder and CEO of SimplyClouds

According to RightScale’s 2018 “State of the Cloud Report,” a staggering 96 percent of respondents report some reliance on the cloud. Cloud-hosted platforms are powerful and reliable, and they untether you from your office system and allow access to applications and files from any device and location. As a result, they’re uniquely suited for popular bring-your-own-device (BYOD) policies, and they can reduce capital expenditures and allow for easy scaling thanks to lower upfront costs and a predictable monthly fee.

Despite the cloud’s widespread adoption and its many benefits, some business owners believe data is safer when it’s kept on-premise. Perhaps the lack of tangibility and the unknown in the cloud leads to some discomfort, but whatever the cause, there’s an ongoing presumption that the cloud can’t be as secure as desktops.

In reality, however, cloud-hosted systems are safer precisely because they’re not in the business owner’s domain. Instead, they’re owned by someone whose job is to safeguard their systems, meaning data resides on fault-tolerant servers with enterprise-grade firewalls, intrusion detection systems, physical video surveillance, and 24/7 guarded access.

Eran Feigenbaum, director of security for Google Apps, says cloud-hosted desktops can offer more enhanced security than a non-cloud desktop. Think of it this way: It is easier to protect one server than dozens of physical workstations and devices. Reports from Intel show that most IT professionals agree, and those who trust the public cloud now outnumber the skeptics 2-to-1.

1. The Superiority of Cloud Security.

Hosted cloud systems effectively shift the security burden from vulnerable on-site devices to far more fortified data centers. They are less susceptible to malware because administrators have complete control over what gets installed. The ease of updating cloud systems ensures vulnerabilities are regularly patched; if a cloud-hosted system is compromised, the entire system can be quickly reset and restored to a pristine, malware-free state much faster than a desktop-based system.

To be sure, small- and medium-sized businesses could never afford the security measures that go into protecting cloud-based servers. Fortunately, cloud adoption allows them to reap the following security benefits for a fraction of the price:

Cloud-hosted desktops grant administrators greater control over who can access a system with intuitive access rights monitoring. For example, programs such as Microsoft’s Azure Active Directory create single sign-on accounts for each employee, granting access to the apps and services that are specific to each role.

As you can imagine, these programs make hiring and firing much easier. It’s easy to set up a new employee’s sign-on account and grant the correct access to apps and programs. In addition, administrators have the ability to promptly withdraw the access privileges of employees who quit or are fired, making it impossible for departing employees to take proprietary files with them.

With the tide of companies turning to a BYOD policy, employee device security is more important than ever. The healthcare industry, for instance, runs on private, sensitive information that needs constant vigilance, but 68 percent of data breaches in that industry are caused by lost or stolen employee devices. Cloud-based programs ensure security isn’t compromised when a laptop goes missing. IT departments can use these programs to have real-time control over the ways critical data is accessed and shared. For example, system administrators can prohibit users from opening certain files based on their location or from copying data into other apps.

Real-time monitoring systems detect thousands of user actions on cloud-hosted platforms and analyze the information for patterns. The system will alert security personnel when something out of the ordinary is detected. If an employee regularly logs in to his virtual desktop from his home office in Boston, security monitoring systems won’t let a stray login from Bangladesh go without some deeper investigation. It would be hard for a smaller business to have that level of monitoring without spending a large chunk of the budget.

The cloud provides several key advantages. Although the security of cloud systems used to be a big question mark, the cloud’s security superiority has since been established over on-premise systems. If protecting the data of your business and your customers is a major priority, a cloud-hosted desktop will yield key security advantages that make adoption an obvious choice. 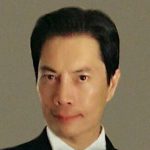 Robin Hau is the founder and CEO of SimplyClouds, a provider of powerful, affordable cloud services for businesses of any size, utilizing a self-service marketplace for easy ordering, provisioning, and management. With more than 20 years of experience building and providing technology products and services as CEO of SimplyClouds’ parent company, USWired, an established managed services provider in the San Francisco Bay Area, Hau has positioned SimplyClouds as the easiest way for any business to move to the cloud with minimal technical know-how.