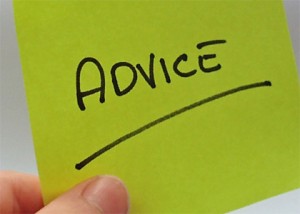 Toronto’s Mark Attanasio has spent some 20 years advising businesses at various stages in their development on what it takes to position themselves for growth – whether it’s through traditional transactional activities like management buyouts and mergers and acquisitions or via a public listing on a Canadian stock exchange.

It’s taken the Toronto executive from the world of Big 3 Accounting (as a CPA with PricewaterhouseCoopers in his early career) to Investment Banking(National Bank Financial) and capital markets (co-founding Eight Capital after leading the management buyout of Dundee Capital Markets).

Today, Mark Attanasio gets to flex his full range of expertise and interests as co-founder and Managing Partner of Hillcrest Merchant Partners, a Toronto-based merchant bank focused on early stage and mid market growth companies. Hillcrest Merchant Partners concentrates on investing their own capital in early stage companies, and advisory areas that include equity and debt structuring, reverse takeovers, M&A advisory and private to public processes.  The firm also advises companies that seek additional capital and/or strategic acquisitions.

“I appreciate the startup culture and mindset,” Attanasio says. “I like the creativity and the never-say-die attitudes that I see. I think that young entrepreneurs today are particularly enthusiastic. Maintaining that enthusiasm may be one of their biggest challenges as they strive for a successful launch and navigating the capital raising part of building their business.”

That enthusiasm will go a long way when entrepreneurs are looking for venture capitalists and other investors to invest money into their operations. Even better, Attanasio says, is if they have done extensive due diligence first.

Mark Attanasio recently discussed with Young Upstarts how startups can be best prepared to present to venture capitalists, the challenges these concerns constantly face and some of the sectors he finds intriguing these days.

What are the three most important things young entrepreneurs need to do to prepare themselves for meeting with venture capitalists?

Mark Attanasio: Let me first mention three basic points that probably should go without saying, but I’ll say them anyway. First, we want to see solid data showing that your overall and addressable market is substantial and you have a first mover advantage. Second, we want to know what’s different in, say, your product or your process or your price or your niche. Third, we need to see that you’re not a one-person show – you have a solid, credentialed management team with deep and complementary skills in place and hard at work.

Mark Attanasio: Yes, two other points can be more difficult. Not all VC firms are alike or have the same investment philosophy. Some specialize in one arena, like green technology. Others only want startups that sell into Fortune 500 companies. Study them through their websites and the business media to ensure a good match. Another point is the absolutely critical need to back up your pitch with data-based, industry relevant metrics that validate your progress over time.

You also talk about challenges to entrepreneurs. There’s more than just getting the money to survive?

Mark Attanasio: Financing can be an ongoing, underlying issue, but there are so many speed bumps on the way. It’s easy for me to say: have a good management team to win favor from venture capitalists.  But, team building is hard work! It’s not just finding the right candidates for certain roles, it’s factoring their cost into the equation and how they fit with your culture and the other members of your team. Dealing with the unknown can also be daunting. Sales, profits, customers – it all can be volatile and that is one of the hardest parts of being an entrepreneur.

One of the advisory areas Hillcrest Merchant Partners works in is electric metals. How do you see that opportunity developing?

Mark Attanasio:  Electric cars are propelling that market, of course, and it’s raising all sorts of issues over supply and demand. There’s been a lot of talk about shortfalls in supplies of cobalt, copper, lithium and nickel, which is slowing down battery production for these cars. So mining, in and of itself, is a great area to be focusing on. So are other resources that can perform the same or similar function. There’s a battery entrepreneur in Sweden, for example, who’s doing some interesting work on the next generation of batteries. She’s ahead of the pack, seeing graphite, an overlooked, coal-based semi-metal, as important to the future of batteries. It serves as the negatively charged side of the battery.  It’s all fascinating to watch unfold.