by Melanie Mohr, CEO and founder of YEAY 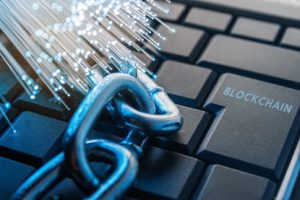 Google parent company Alphabet booked more than $54 billion in ad revenue in the first half of 2018. Meanwhile 30% of US internet users turned on ad-blockers – and that’s a conservative estimate for younger users. So how much reach do those targeted ads really have? Are they pushed to the full demographic pools promised across platforms, or are budgets disappearing into an advertising void where extra ads are served to the same people over and over and over…

Aside from tools like ad-blockers, incognito mode on Google Chrome and Fluff Buster on Facebook, today’s consumers are a less than captivated audience. Up to 86% of people have become “banner blind”, subconsciously skipping over or ignoring anything that feels like an ad. That includes pop-up and banner ads, as well as sponsored posts from social influencers – in other words anything people consider distracting from their online goals.

It’s not surprising. We’re too busy multi-screening, device-hopping, platform-jumping, app-swiping and obsessively searching for something to shake us from boredom to pay too much attention to ads. And yet, advertisers keep funneling billions competing on increasingly over-saturated mediums for ever less attention. Worse still, the clicks they are paying for could well be fakes anyway. In 2017, advertisers lost $6.5 billion due to click farms and bots.

There’s nothing new about word of mouth and there’s no mystery behind its value. It happens everywhere, all the time, in person, over the phone, in private messages and online. And it works. The hard part is leveraging honest word-of-mouth recommendations and turning them into a viable marketing strategy.

It’s not so hard to imagine that people are disengaging from ads and paid promotions because they want more honesty. We knew we were being fed fantasy in the 1950s when adverts showed us idealized family lives, but we kind of liked the escapism. We knew we were probably not going to have instant ripped abs or guaranteed hair regrowth in the 1990s when infomercials showered us with promises, but we still enjoyed believing them. Generations born into these fake news times, however, have a social appetite for more truth.

PricewaterhouseCooper found that “80% of consumers look at online reviews before making major purchases and have a strong influence on the decisions people make.” People use platforms such as Amazon or TripAdvisor to seek out honest opinions. The problem is that there’s still no real way to be sure the reviews are as honest as they purport to be. You can still pay people to write fake reviews. And there’s no real incentive for Amazon and other platforms to prevent them, even if they claim to be cracking down on incentivized reviews – after all they drive purchases.

It’s little wonder that peer-to-peer recommendations are behind half of purchase decisions. Think of all the advertising budgets spent crafting highly polished campaigns when all that needed was an honest word from one friend to another.

Picture the ad-free internet. No more banner ads. No more influencers pushing products they’ve never used on Instagram. No more creepy retargeting ads following people everywhere they go with items they’ve looked at once. It also leaves consumers in control of the quality of content associated with brand products – and that’s a bit scary for well over half of affiliate marketers.

Thanks to the invention of blockchain technology and digitally-scarce tokens, there might be a way to meet all of these requirements. Blockchain enables people to share genuine product recommendations with one another with the reassurance that the recommendations have been quality-checked by other community members. Blockchain also enables the creation of a token reward system where the content creator won’t be driven solely by financial gain, but on the value delivered to other consumers.

Brands need a new way to bring organic, word-of-mouth recommendations into their marketing mix in a measurable and scalable way. The people making the recommendations should be rewarded and adopting blockchain technology could be a way to accomplish this goal.

We’ve yet to see how much brands will spend on ads in the second half of 2018, but one thing’s for certain – the 2019 digital ad spend breakdown could look very different if advertisers stopped throwing money into the void. The advertising industry needs to find a way to create authentic and trustworthy content, and blockchain technology might show the way. 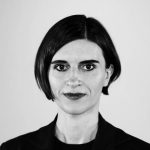 Melanie Mohr is the CEO and Founder of YEAY, an e-commerce site for Gen Z. YEAY blends mobile, video and e-commerce seamlessly, bringing entertainment and shopping to the next level. In 2018 she became the founder and CEO of WOM Token Ltd., the blockchain company helping brands tap into GenZ peer-2-peer recommendations. Melanie is a digital media entrepreneur with 20 years of experience in editorial strategy, content creation, digital marketing and mobile applications.