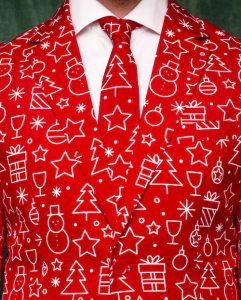 Car wraps and magnets are popular advertising methods because they’re fairly inexpensive and highly visible. However, a visible advertisement doesn’t necessarily mean it’s effective. The proof is in the data, and the data on car wraps is a bit muddled.

What’s missing from car wrap advertising data is the ability to trace results to the source. While online ads can track clicks and know where a visitor found you, it doesn’t work that way in person. There’s no way to verify that an increase in sales came from a car wrap unless you ask each customer where they found you.

Billboards aren’t on the same level as car wraps.

You might be wondering why car wraps aren’t as effective as billboards. They’re both methods of outdoor advertising, so wouldn’t they be equally effective? Data shows 24% of drivers were motived to visit a particular store they saw advertised on a billboard. Shouldn’t it be the same with car wraps? The truth is, billboards generally display a different type of information than car wraps, and billboard messages aren’t darting around making them hard to see.

Billboards are mostly used to generate brand awareness, announce local events, provide driving directions, and influence purchase decisions. Car wraps, on the other hand, are mostly used to display website addresses and phone numbers, none of which a driver will remember. It’s not the car wrap’s fault; it’s the people who create them who don’t know the information isn’t retainable by drivers.

If you’re a data-driven entrepreneur, you don’t have time or money to waste on unproven advertising methods. What you should focus on instead is being a walking advertisement for your business. Here’s how:

When you go out in public, do you embody your products and services? For example, if you’re a life coach, do you spend time connecting with people you don’t know, and play the part around the clock? If you sell handmade jewelry, do you wear it when you go out so people can see it? If you run a blog where you discuss ways to help homeless people, do you talk about it with people you meet?

Depending on what kind of business you run, sometimes the most effective form of advertising is who you’re being when you’re out in the world.

Dress as your message.

Sometimes the best way to embody your business is to dress up in a way that grabs attention. This works better for some businesses more than others. For instance, if you sell Christmas related products, don’t dress up as Santa, that’s overdone and tacky. Get into a formal suit made with Christmas print fabric. If you dress up as Santa, you’ll be at the mercy of every kid you pass. If you dress up as an adult in a loud Christmas print suit, you’ll draw attention from everyone, but kids won’t tug on your jacket and tell you what they want for Christmas.

Be a walking endorsement for your cause.

If your business centers on a cause, be a walking endorsement for that cause. Talk to people as often as you can, being careful to respect other people’s space. If people are interested in the subject, they’ll engage in conversation with you.

If your business is associated with a cause, or any humanitarian efforts, you’ve got something to talk about with others. Casual conversations are influential, and can lead to important connections down the road.

No matter what advertising methods you employ, who you are in the world determines the success of your business. Car wraps can help increase brand awareness, but they can’t be relied on for generating sales.