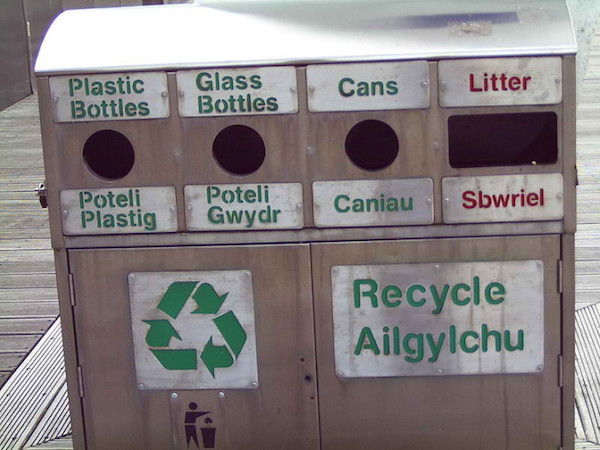 As of May this year, Denmark ranks 6th in the top most competitive business nations, according to the World Competitive Yearbook 2018, and this growth really comes as no surprise, considering that the Nordic country has been a destination for young entrepreneurs for a while now.

However, the latest moves on the Danish business scene also reveal another key strength: the eagerness of local startups to embrace the circular economy model. Focusing on the importance of reusing and recycling materials instead of throwing them away, the circular economy is the main long-term strategy for reducing waste and Denmark, one of the greenest countries in the world, has reported great results in implementing it.

Apart from public recycling programs, the preference for a waste-free future can also be seen in recent business practices. According to a 2017 survey conducted by the Danish Environmental Protection Agency, 9 out of 10 small and medium-sized companies think the circular economy is beneficial and want to be part of the change.

Reusing and recycling are two core components of the circular economy. For businesses, applying these values involves cutting down the number of raw materials and sending trash to specialized waste reduction facilities where it can be recycled. Most Danish companies already have recycling bins or industrial scale Pappressere (cardboard balers) where they collect waste and an increasing number of businesses take part in local recycling and waste reduction programs.

Denmark is #3 in the world on the Environmental Performance Index 2018 by Yale University thanks to the diligence with which it implements sustainable solutions. The nation’s goal is to become 100% carbo-neutral by 2050 and many startups align their mission statements to this goal. Larger companies such as Coop, Urtekram, Friland and Thise are already acknowledged for their green efforts, several smaller startups stand out as well:

Sprout – a company which created the world’s first plantable pencil. At the top of the pencil, instead of an eraser, they placed a seed capsule, which can be planted once the pencil becomes too short to write with. The company produces almost 15 billion plantable pencils each year, with seeds ranging from vegetables to trees.

land – a startup that connects farmers directly to customers and facilitates commerce with organic produce.

Closay – an ethical company that set up an online platform where users can lend clothes, shoes and jewelry to reduce clothing waste and irresponsible shopping.

CHP Containers – they take old shipping containers that are no longer used and transform them into modular housing units.

Wastecontrol – this company was selected for the Green Tech Challenge 2016 program. They have created sensors for waste containers that automatically notify waste disposal companies when a container is full.

NordSense – they collaborate with municipalities and help them optimize garbage collection routes through state-of-the-art IoT tracking and sensing solutions.

The 2017 edition of the Green Tech Challenge in Copenhagen was won by Lyras – a company that replaced the old technology for pasteurization of liquid foods with a technology that guarantees better product quality and 90 percent lower energy consumption.

Waste reduction seems to come easy for Danish citizens. In no more than five years, Denmark reduced food waste by 25%, thanks to the Stop Spild Af Mad initiative, started by Selina Juul, a Russian woman who moved to Denmark when she was 13 years old.

The “Danish way” of reducing waste started in 1978; Denmark was, in fact, the first country in the world to introduce a law on recycling, stating that at least 50% of all paper and beverage packaging should be recycled. Four decades later, Denmark leads the way in waste management and recycling, offering businesses of all sizes the tools they need to implement sustainable solutions.