by Kimberly White, author of “The Shift: How Seeing People as People Changes Everything“

The research is clear that employee engagement has a powerful positive impact on turnover and productivity. But all too often, engagement initiatives don’t work. They only give employees one more thing they have to do. So how can leaders increase engagement without alienating employees with more programs?

The answer lies in a nursing home in California.

I was researching nursing homes for an upcoming book, and this one was unusually bad. Its previous administrator had been essentially absent, and the staff had been doing the administrator’s work and covering supply shortfalls with their own money. They had badly failed their most recent state health inspection.

Through the unmarked front doors brooded a tiny gray square of space, completely empty and shut off by another door from the rest of the building. I stood in that gray space for long minutes, waiting for someone to whom I could introduce myself. A couple of people darted in and out without a word or a glance as though I were invisible. When I finally got one woman’s attention, she asked irritably, “Do you need something?” When I explained that I was there to meet the new administrator and to attend a meeting, she rolled her eyes; I was half an hour early. When I asked if I could pass the time looking around the facility, she flatly said no, and told me to go wait out in the outside trailer where the meeting would be held.

The trailer was depressing and cold, both literally and figuratively. Two women at work out there responded to my attempts at small talk in monosyllables without looking up from their computers until I gave up. The room filled slowly as the various department heads wandered in, one of them the same woman I’d spoken to 10 minutes earlier, but who showed no spark of recognition. Not one of them acknowledged my presence there, and no one greeted any of the others with so much as a smile or a nod. Hostility clung to everything like a bad smell. We sat shivering in silence until the administrator finally arrived.

Four months later I went back, and it was as if I’d left bleak and dusty Kansas and entered the technicolor land of Oz. When I entered the front door, I was greeted cheerfully by a friendly woman at a reception desk. When I told her I was meeting her administrator and attending a meeting, she told me he was going to be late, but offered to walk over with me since she would be at that meeting herself. A number of people passed by as we walked to the trailer, and all offered a friendly “Hi!” My guide went out of her way to introduce me to the maintenance director and to tell me what a miracle worker he was.

The women working in the trailer were laughing when we walked in, then chatted with us both. As the participants gathered, a steady hum of conversation persisted; everyone greeted me and many asked questions about my book. The administrator didn’t seem to be coming so they just got to work and started the meeting without him, after which I spent a pleasant few hours talking with a number of friendly, hard-working staff who were delightfully generous with their time. It was a lovely experience; the building still needed a little work, but I would have been happy bringing a loved one there.

The crazy thing was, with only two or three exceptions, these were the very same people I’d met the first time. And they hadn’t been through any training or initiatives. The only major change was that they had a new leader – who was a great person, but not particularly charismatic. How did that relatively ordinary leader change the entire facility from hostile and off-putting to warm and welcoming with the same staff?

The secret comes from the Arbinger Institute, a consulting company that teaches leaders how to see others in a way that brings out the best in them. Look, managers can follow all the rules and practices in the world, but their staff can tell if they’re just going through the motions. The Arbinger approach teaches them to genuinely see the best in others so that important factors like psychological safety, engagement and empowerment develop naturally in the workplace.

The nursing home administrator used this approach to accomplish the employee turn-around:

Get to know people.

How can you know what will engage your people if you don’t know anything about them? The administrator spent a full 30 days doing nothing but getting to know people. Not just shaking their hands once, but learning their names and learning about their lives. In the end he knew everyone, even the night shift staff, and he knew where they had come from and the things they cared about.

This step is by far the hardest. The administrator, during those 30 days, resisted every impulse to solve the problems in the facility. He understood that people would feel maligned and mistrusted if a newcomer showed up and went around changing things, and so he let everything continue as it was, while he focused on getting to know the staff.

Once he knew everyone, the administrator held a meeting in which he asked them what issues and problems they had identified wanted to fix. Instead of telling them how to do things, he treated them as though they knew more than he did. And he discovered that they had noticed every one of the problems he’d identified – only now the solution and impetus came from them, not from him.

Truly getting employees to feel engaged won’t happen if you talk down to them or bring in a canned program to teach them how to become engaged and empowered. They’ll know that you believe they can’t become engaged on their own. No, the real secret is to get to know them, trust them, and then put them to work. They’ll become engaged, not because you’re trying to engage them, but because they’re trusted and given responsibility. 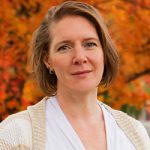 Kimberly White is a freelance writer, certified Arbinger Institute presenter, and former research assistant to its founder, Terry Warner. Her nine months of research for “The Shift: How Seeing People as People Changes Everything” included dozens of hours working alongside nursing home employees in offices, vans, patient rooms, and kitchens.

Trying To Find Your ‘Why’? Maybe You Should Concentrate On Your ‘When’