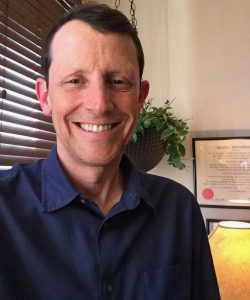 For all the excitement, glamour and even celebrity of entering the entrepreneurial world – and succeeding at it – there’s also a decided dark side.

Stress and depression are the entrepreneur’s frequent companions. After all, when statistics tell you that some 90 percent of startups are going to fail, the pressure to keep that from happening is intense.

In fact, says Richard Lipman, a psychologist in private practice in Montreal, studies have found that entrepreneurs self-report on mental health conditions like depression, substance abuse and anxiety disorders more than the general population.

“There are many stories of entrepreneurs who have buckled under the pressure,” he says. “[Entrepreneurs] have to learn they don’t have to be infallible. Getting help while growing their business is possible if they realize everyone has a role to play and the right team can help shoulder the burden.”

Richard Lipman has been a member of L’Ordre des psychologues du Québec since 1995. He also is a member of L’Association des psychologues du Québec. With a master’s degree in counselling psychology from McGill University, he also completed a three-year post-graduate training program at The Centre for Psychoanalytic Studies and Research in Montreal. He was on the staff of The Queen Elizabeth Hospital before moving to focus primarily on his private practice.

His diverse clientele includes adults and older adolescents; he also has partnered with the Employee Assistance Programs of several national organizations.

“It has only been in recent years that employers have begun to realize the toll that stress – whether from financial concerns or family pressures – takes on their workers,” Lipman notes. “There is growing recognition that everyone benefits when they get the support they need to deal effectively with issues and can be productive at work and live a fulfilling life.”

If the stigma of getting help has largely abated among workers, it can be slower going for entrepreneurial leaders. “They don’t want to show any vulnerability,” Lipman reflects. “The common response when pressure mounts is to practice impression management – or to fake it.”

He particularly likes one analogy that was described in a comprehensive Inc. article on the psychological costs of entrepreneurialism: People look at a man who’s riding a lion and think the guy’s got it together and how brave is he. But, the man is wondering how he got on the lion to begin with and how does he keep from getting eaten.

Richard Lipman recently offered his perspective on entrepreneurs, their mental health and how and why they should ask for help.

What do you see as three of the most serious vulnerabilities that contribute to entrepreneurs’ mental health?

Richard Lipman: All three revolve around the intense pressure that comes with being an entrepreneur and, unchecked, can lead to burn-out: (1) Lack of time, (2) Fear of failure, (3) Isolation.

These variables are almost always preoccupations for any entrepreneur, but are especially overwhelming when things aren’t going as smoothly as one would have hoped.

Are there signs that they – and the people who care about them — should look for?

Richard Lipman: There are signs that manifest both emotionally and physically and then there are others that are masked by somatic reactions.  Firstly, changes in mood such as increased sadness, intense worrying, irritability, withdrawal are common signs. Then there are symptoms such as changes in appetite, sleep disturbance, problems concentrating and decreased libido, which can indicate that something is going on.

Somatic reactions, meanwhile, usually get misidentified because they aren’t necessarily associated with stress. These include headaches, muscle pain and digestive issues, which can be either acute or chronic. When medical tests rule out physiological causes, it is likely that high levels of stress are adversely affecting the way the body functions. So, it’s a bit like the body is finding an indirect way of letting us know that the mind is overwhelmed.

What are some of the insights you try to lead entrepreneurs and business leaders in general to in order combat the symptoms of burnout and depression?

Richard Lipman: An essential safeguard against burnout and depression is self-awareness.  People in high-pressured situations tend to lose themselves and, yet, checking in with oneself is the most important thing to do. One doesn’t have to be in therapy to do it. I encourage people to take a few minutes every day to ask themselves how they’re feeling, mentally and physically, and not just what needs to get done and what they’re worrying about. This check-in allows you to figure out if you’re feeling overwhelmed and to try to catch yourself before you hit the proverbial wall.

The default position, unfortunately, when people are under pressure, is to push themselves even harder. I think this is especially true for young entrepreneurs because there is an assumption that their energy is boundless. As a result, they tend to postpone taking care of themselves. This can mean eating well and exercising, but also taking time off to relax and spending time with family and friends.

From your experience, how effective are self-help measures, like making more family time or better exercise, in tandem with therapy?

Richard Lipman: Self-care is essential and this is true whether or not one is seeing a therapist. The purpose of the therapeutic relationship is to help the client identify and process his or her feelings and then, ultimately, to build a healthier relationship with him or her self. If you’re feeling overwhelmed, it can seem counterintuitive to find time for therapy, but it is often the first step to preventing burn out.

How important is it for entrepreneurs to learn how to reframe failure and loss, and how do you help them with it?

Richard Lipman: One of the principal challenges of being an entrepreneur is that you are constantly in a position of having to take risks. Inevitably, not every risk pays off and so you are invariably facing the threat of disappointment, rejection, and loss – whether of money, hope, or opportunity. People tend to beat themselves up in these situations. They blame themselves, they feel ashamed, they feel like imposters. And yet, they need to keep striving. It’s a tough place in which to find yourself.

A good therapist will help you to achieve a balanced perspective, one where you are able to acknowledge and validate your feelings, but also have compassion for yourself and judge yourself in a fair and reasonable way. Being a harsh task-master to yourself may work in the beginning but, in the long term, it simply isn’t sustainable.