“Failure is not falling down, but refusing to get back up.”

For most entrepreneurs, success and failure seem like two very different things; but what if they’re more connected than we think? What if they’re two sides of the same coin?

The truth is most of us have a warped view of failure. We view it as a bad thing, something to be avoided at all costs. But while failure isn’t pleasant, and certainly isn’t profitable at the time, it may not be quite as tragic as we’ve been led to believe. In many cases, failure is a precursor to, and often a necessary component of success.

Instead of looking at failure as something to be avoided at all costs, we would do better to view it as a stepping stone to success. History is filled with people who found success –only after a series of discoveries, or setbacks.

Consider, for a minute, Thomas Edison. While largely regarded as the inventor of the lightbulb, Edison didn’t actually invent the bulb, he just perfected it. He solved the issue of burn time and cost, and made it a practical item; something that everyone could have in their home. It turns out Edison also had the right view of failure, perhaps something that allowed him to continue to press forward; despite facing multiple setbacks. When quizzed by a reporter about his failures, he responded with, “I didn’t fail 1,000 times, the light bulb was an invention with 1,000 steps.”

Whether its difficulties managing your workforce, trouble staying competitive, or challenges turning a profit; we all face our share of struggles as entrepreneurs, but having the right view of failure can help to keep you motivated, on-track, and working towards your goal of success. With this in mind let’s take a look at a few reasons why failure isn’t something to be feared, but instead embraced.

Failure Is a Result of Trying.

First and foremost, it’s important for us to realize that failure, far from being something to be avoided at all costs, is simply the result of trying new things, and daring to think big.

Without failure, there’s little chance of success. “The quickest road to success is to possess an attitude toward failure of ‘no fear,’ ” says Ralph Heath, managing partner of Synergy Leadership Group and author of “Celebrating Failure: The Power of Taking Risks, Making Mistakes and Thinking Big“.

Perhaps the best way to measure your progress is to consider the number of setbacks you’ve faced. The only people who don’t fail are those who don’t try. If you are breaking new ground, it’s going to be a bumpy road.

As Henry Ford himself once reportedly said, “Failure is the opportunity to begin again, more intelligently.” Far from being a sign that you should give up or throw in the towel, failure means you’re trying, and often can be a good indication of progress.

Let’s face it, no one likes to fail. But learning to accept failures for what they are and then getting back up again builds character unlike anything else.

Failure can also be a great motivator to try again and try harder. Character that arises from setbacks is something that will carry you far and last long after the fleeting moments of success fade away.

If there is one thing that we can all admit, it’s that failure is life’s greatest teacher –as long as we’re willing to learn, that is.

“Failure and defeat are life’s greatest teachers [but] sadly, most people, and particularly conservative corporate cultures, don’t want to go there,” says Heath. “Instead they choose to play it safe, to fly below the radar, repeating the same safe choices over and over again. They operate under the belief that if they make no waves, they attract no attention; no one will yell at them for failing because they generally never attempt anything great at which they could possibly fail (or succeed).”

Failure Encourages Others to Try.

Finally, being honest about our failures, embracing them, and coming out the other side encourages others to do the same. Strengthening others to achieve success and greatness can be a wonderful thing. Show them how it’s done!

Instead of viewing failure as an end to your ideas and goals, try to see it for what it is; just one more step in the journey to success. By viewing failure through the right lens, it’ll help to remove fear from the equation, and then and only then will you be free to think bigger, reach higher, and give it your all.

Entrepreneurs: have you tried big things – and failed? How have your setbacks helped to fuel your success? 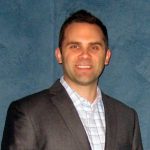 Eric Czerwonka is an entrepreneur and co-founder of Buddy Punch, a software company founded in 2013 that provides time tracking solutions for startups, companies with employees, as well as anyone with a remote team to manage. Buddy Punch is committed to making time tracking, the most error-prone of tasks, simple, accurate, and efficient.