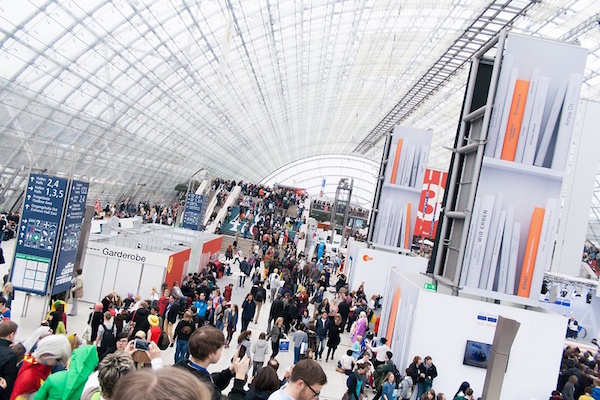 by Esther Choy, author of “Let the Story Do the Work: The Art of Storytelling for Business Success“

A few years ago, when I was attending a workshop on preparing elevator speeches, the facilitator asked, “How many of you would rather get poked in the eye than attend a networking event?”

I felt a rush of relief, because the facilitator had acknowledged how I sometimes react to networking. But, as almost every hand went up around the room, I also got curious. Why do so many people dislike networking events so much? I spent the evening asking my fellow attendees this question. Some said they felt like they had to act like someone else. Others said the events didn’t expand their network or generate any leads.

After the informal research I conducted at that event, I now have a mission to make networking enjoyable — so that we actually prefer it to getting poked in the eye!

The problem with networking is that our conversations are doomed from the start — because of the way they start. A typical networking conversation starts like this:

And while it’s true that disclosing your job title is what the other person asked for, it is actually dangerous to hand them what they want so easily. The danger is that once they get the expected answer, they will stop thinking, imagining and engaging. They feel like they have most of you figured out, so they start putting you in their pre-conceived categories. They fill in the blank for you, and decide whether to keep talking to you or not.

So what can you say instead? An expected pattern repeats itself over and over again. After chatting about the weather, the other person asks, “so…what do you do?” When you answer their question, plant a hook. By doing so, you make your conversation partner an active participant in the conversation.

Here’s what I say.

I don’t give them anything more — until they ask. And if I pause, they will ask because they don’t expect someone to be able to tell stories for a living!

When my conversation partner asks clarifying questions, that means I have their interest. So I tell them a little more.

The other person then wants to know how it works, or who I work with, or asks me to tell them more.

So now, I do. Because they’re at the point where they’re starting to wonder what my professional world looks like, what role storytelling can play in business, and how I help my clients. In effect, it’s just like a traditional elevator pitch, but it’s broken in parts based on a natural conversation pattern.

The key is to turn the audience from passive receivers into active investigators.

Don’t Get Handcuffed to Your Job Title.

So how do you free yourself from your job title so it hooks your listener? Try one of these options:

“I catch terrorists with spreadsheets” is a more vivid way of saying, “I’m a risk-management consultant.”

2. Use a concrete object and/or action oriented verb.

“I’m a digital revenue generator,” packs in a lot more action than “I’m a website designer.”

3. Pair words or ideas that don’t usually go together.

“I’m an idea architect,” meshes the abstract and the concrete to describe what a “social innovator” does.

As always, the key is knowing your audience. An answer that sounds too strange for the person you’re talking with will prompt a negative reaction and send your listener to the nearest exit. Find a happy medium so that people are intrigued by the first thing you say, get some inkling of what you do, and want to learn more.

Instead of a pitch, think of the networking experience as a pre-crafted conversation. A dialogue, not a monologue. There is a predictable pattern in these conversations. How and when you plant the hook in these exchanges can completely elevate the quality and productivity of the outcome. 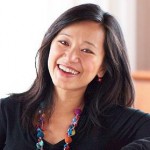 Esther Choy is the President and Chief Story Facilitator of the business communication training and consulting firm Leadership Story Lab. Her debut book, “Let the Story Do the Work: The Art of Storytelling for Business Success“(published by AMACOM), is now available on major online retail platforms such as Amazon.