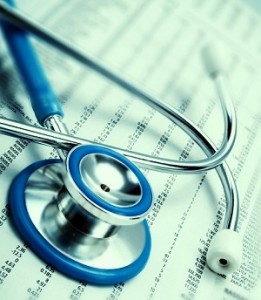 Big pharma has long focused on the lucrative business of drug development, supported by armies of sales people deployed to persuade physicians to choose its medicines. But emerging digital technologies are reshaping the landscape. A new generation of companies is using big data, sensors and artificial intelligence to provide precise real-time monitoring of patients, especially those suffering from conditions such as diabetes and chronic obstructive pulmonary disease, which are imposing a daunting burden on overstretched health budgets.

As a result of the products and services these companies are developing, a patient’s primary point of contact with the health system can now be a remote monitoring centre, or disembodied voice on the telephone, instead of a doctor’s office.

The Asia-Pacific region is set to lead the way in the Internet of Things (IoT) market: According to research firm IDC, out of an estimated 29.5 billion devices connected globally by 2020, 8.6 billion will be found in this part of the world, with healthcare being one of the leading industries in the booming IoT market.

Against the backdrop of housing over half of the world’s population, Asia’s drug industry is estimated to be worth US$168 billion and growing at a rate of over 12 percent per annum[1]. As Asian countries develop economically, their healthcare expenditure is also increasing exponentially. The region’s growing middle class and an ageing population have increased the market demand for non-essential and therapeutic treatments.

As healthcare providers look to overhaul outdated models to cater to an increasingly connected society, ageing population and growing incidence of chronic diseases, we are seeing major initiatives that leverage technology to improve healthcare delivery and R&D in the region. Ng Teng Fong General Hospital has high standards of data use for seamless and effective quality care for its patients. Tan Tock Seng Hospital pharmacy’s robotic dispenser efficiently prepares personalized and accurate medication.

However, although R&D expenditure has grown astronomically over the years, the amount of new medicines produced has not increased significantly along with it[2].

The big players in the healthcare sector are focused on finding new wonder drugs to take to market that ultimately revolutionise the marketplace but it’s no easy task, of course. To get a new drug to market, companies have to demonstrate that it is incrementally better than what came before. That is one of the guiding principles of the medical industry – and pharmaceuticals companies across the world are running clinical trials every day that are designed to prove it but how can the industry verify that these are all being carried out on a level playing field, that the parameters being used are standard and that the tests that are run are fair and equable?

Ultimately, the argument goes it’s about openness and transparency, publishing all the data of successful and failed trials to enable better, more informed choices to be made. Transparency is also a key element of what big data is all about. Whatever the rights and wrongs of the political debate, big data technologies do have the potential to deliver this kind of openness by laying the foundations for analysing complete data sets. This gives users a comprehensive picture of the data and accurate insight into what that is telling them. That’s critically important.

However, the insight that a comprehensive analysis of an organisation’s big data sets delivers extends beyond the issue of new drug development. This kind of analysis can also help pharmaceuticals companies achieve greater success with drug repurposing. By analysing data sets, from compound structures to protein interactions, organisations can gain insight into which diseases are most likely to be successfully treated with specific drugs, even where those conditions differ from those for which the drug was originally assigned or intended. Viagra, which was originally developed for high blood pressure, is perhaps the most compelling example of a successfully repurposed drug.

This is a hugely important area for pharmaceuticals organisations as the ability make proactive use of research that might otherwise remain unused can be key not only in enhancing the productivity of the organisation and its operational efficiency but also in potentially improving public health.  Even where drug research has failed in addressing the challenge it was originally targeted at and remains at a largely nascent stage, big data can help it see the light of day, analyse it and potentially find another clinical application for it that the original scientists failed to uncover at the time.

Opening up with Big Data.

This year has highlighted to many of us the dangers of taking a small sample of data and extrapolating definitive results from it. The pollsters got both the EU Referendum and US Election results badly wrong, after all. The reason for that was largely that the set of inputs they used to predict the results were too narrowly focused and the model they built from those inputs was therefore inaccurate.

Big data offers a way forward both for the market researchers and the pharmaceuticals companies. To ensure it’s effectively applied, all of the available information needs to be opened up for analysis, thereby helping to achieve more accurate and insightful research results.  It’s that natural alliance between big data and open data that has the potential to revolutionise the pharmaceuticals sector – and that ultimately will be to everyone’s benefit.