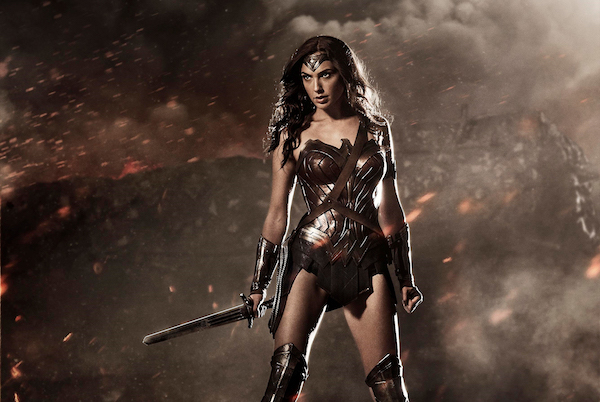 Humans are meaning-making creatures. We love to tell stories, and they shape how we see ourselves and our world.

“Anytime we see women in powerful roles on-screen it challenges narrowly defined and antiquated views of leadership,” said Stacy L. Smith, communications professor at the University of Southern California. Smith is quoted in the New York Times about the impact “Wonder Woman” might have on young girls. “Whether women are serving as C.E.O.s or, in the case of Wonder Woman, striding across ‘No Man’s Land’ and taking enemy fire, it broadens our notions of who a leader can be and the traits they exemplify.”

Small children readily imagine themselves heroes, and a woman who works at a kindergarten posted comments from five- and six-year-olds the first week after the film’s release. Their stories were filled with power and possibility. One group asked to wear superhero costumes when they sang their song about bunnies. When a girl asked if she could ditch her school uniform for Wonder Woman armor because she “wanted to be ready if she needed to save the world,” her classmates took the new look in stride. Seven girls playing together during recess decided that since they all wanted to be Wonder Woman, they should all be Amazons and not fight but instead work together to defeat evil. Another little girl said, “When I grow up I want to speak hundreds of languages like Diana.”

The teacher who posted these comments closed with this comment: “Consider this your friendly reminder that if this movie completely changed the way these girls and boys thought about themselves and the world in a week, imagine what the next generation will achieve if we give them more movies like Wonder Woman.”

Adults are slower than children to suspend disbelief and after researching and writing a book on Wonder Woman’s complicated origins, author Jill Lepore remained puzzled about the character’s appeal. One day, however, an eight-year-old visiting from foster care “found this box of postcards … covers of original DC Comics from the 1940s. She started picking through them, pulled out all the Wonder Womans, and she lined them up in a row and she just looked at them. Then she looked at me and she said, ‘She is so strong.’ It just knocked me out. This is why Wonder Woman touches people.”

Two male writers told stories showing how Diana’s many strengths offer lessons for entrepreneurs. The way John Rampton tells the story, the years the Wonder Woman franchise spent pivoting and rebranding would be familiar to most business owners navigating a changing marketplace. His version of the story highlights Diana’s truth, peace, equality, empathy, fearlessness, and the power of mentoring. Diana is no loner, but instead shares the glory. When Steve Trevor says she saved the day her response is, “No, we did this.” The story told by another journalist, John Boitnott, highlights Diana’s ability to inspire others with her courage and compassion, those precious attributes women display in abundance.

How did women in Hollywood working on the film tell the story? They – like other diverse groups – are still struggling for representation and equal opportunity in the movie industry. The women who played the fierce warrior gods in the opening scenes of the film said working with a female director and a majority female cast made all the difference. “Everyone just walked with more power,” said Brooke Ence. “They walked with this Amazonian vibe.” “Many of the other Amazons are also mothers,” said Doutzen Kroes. “So we were all able to have our families with us during filming … it was simply incredible.” “I have never been around that many strong women at one time,” said Ann Wolfe. “It felt like we were real, true Amazons.”

Some reviewers, not big action hero fans, asked instead for more movies like “Hidden Figures,” an inspiring story based on actual human women. Agreed! But as psychology professor Christopher Ferguson points out, “’Wonder Woman’ and ‘Hidden Figures’ are not in conflict, but both move toward greater egalitarianism in film, albeit in different ways.” He goes on to caution, “All advocacy efforts, no matter how deserving, can run the risk of developing rigid, jargon-filled, political views that make the perfect the enemy of the good.”

In todays’ Women Helping Women Movement, let’s make room for every woman’s imperfect experience, even a retro comic book super hero. This is how we will pave the way for tomorrow’s real sheroes to step into their full and rightful share of leadership. 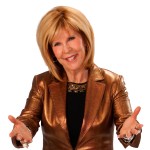 Nancy D. O’Reilly, PsyD, is an author of “Leading Women: 20 Influential Women Share Their Secrets to Leadership, Business, and Life” and urges women to connect to help each other create a better world. She is a clinical psychologist, motivational speaker, and women-empowerment expert who devotes her energies to helping women achieve the lives they want. O’Reilly is the founder of Women Connect4Good, Inc., and for seven years she has interviewed inspiring women for online podcasts available on her website.