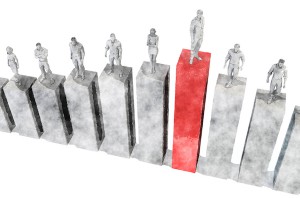 Success as an entrepreneur takes a lot more than an idea, a dab of seed money and, as they say, a wing and a prayer.

Michael Beattie, who launched MBM Consulting in 1995, knows full well the special combination of training, skills and, importantly, mindset it takes to succeed. He’s spent over 20 years nurturing them all. The end result? Today, his firm employs some 200 team members, and the firm itself is well known for its smart, innovative and quality work in construction and construction management in both Canada and the United States.

Michael Beattie, who works out of Toronto, has married technical skills in using advanced programs for structural design and engineering with a keen understanding of the trends that are influencing today’s residential and commercial construction. This combination provides him a unique blend of knowledge and insight that have made MBM Consulting a first choice for leading projects that challenge the status quo in terms of design, delivery and cost efficiency.

With such game-changing projects under his belt as the Delta Toronto, a next-generation, 45-storey, four-star hotel and the Southcore Financial Centre, Beattie and MBM Consulting are also leading the way on sustainable building initiatives.

Part of Beattie’s motivation through the years has been the ability to build his own thriving business through strategic planning and a smart pursuit of business development opportunities. But, he’s also become a better businessperson by learning from his successes and failures.

He recently shared some of the takeaways that have influenced his business ventures over the years.

You seemed to be doing quite well in your first job with Lakeview Holdings, advancing to president of operations during your tenure. How did you gauge that you were ready to go out on your own, and how did you go about balancing the risks and rewards?

Michael Beattie: What happened with Lakeview was the owner passed away, and we spent two years turning the company and its holdings into a land trust and a trust for the family. I’m actually still with Lakeview on its Board of Trustees. The trust looks after the family’s assets on a continuing basis. I essentially left when the family chose to close Lakeview’s operations after the founder passed away and turn it into a trust for their future. So, that was my motivation to move forward into a new venture.

One would think that you founded MBM Consulting with a lot more than a wing and a prayer. What other components strengthened your base for starting out, and looking back, what would you have added or done differently?

I would say, straight up, that there’s nothing I would’ve done differently. I’m happy with where I’m at.   If I had a wish, however, I wish I would have made a bigger step earlier. But, I’ve enjoyed the success I’ve earned. Managing projects is something we’ve always enjoyed doing. So, I’m happy with where the company is, the level it’s at and where the company is going. I have no regrets.

Part of the challenge of successful entrepreneurship is the ability to anticipate market needs and come up with solutions to meet them – often even before the market knows there is a need. Is this something that has guided MBM Consulting’s success, and specifically, how and where?

Absolutely. Understanding your market and where you fit in and being better – you always have to be better than the other guy – that is #1. Whatever your competitor is doing, you have to make sure that you are doing it better than they are and that your service is better and obviously you’re more economically focused on being cheaper, if you want to call it that. That’s #1 for us.

Also, I would add – you have to have hunger – opportunity and success is not something that will just fall into your lap.

What was the most critical thing that you overlooked or neglected as you have grown your business? How and when did you recognize this and how did you fix it? And do you think this is a common occurrence among entrepreneurs?

Well, I’m not going to say I overlooked anything. I will say I needed to understand the labour market. Because I’m in construction, I deal with the labour market a lot and unionized environments are something that need to be understood and appreciated, and they do need to be managed.

Our managers don’t stick their heads in the sand. They deal with whatever the situation is at hand and they move forward. And collectively the health of the organization is better off because of that.

Labour negotiation is a critical part of running a business. They don’t teach you that in school. It’s what became a problem for a few of the companies that we took over – they just let their labour market and their labour costs get out of control.

This is also something that translates into other industries outside of construction. It’s all about cost management. When it comes to cost management in anything – whether it’s labour or equipment or office supplies or anything – get three quotes. That’s one of the big points I reiterate. Get three quotes because it keeps everyone honest. It keeps things in check and you have to remain responsible for what you are spending.

For young entrepreneurs out there, if they can’t control costs, their business simply won’t continue.

Some entrepreneurs do fine when their organizations are smaller. But they have a tendency to wear all the hats during the early stages, and that often means micromanaging. How do you recommend they overcome that flaw to become leaders, not managers, and how does that help drive success?

Maybe twenty years ago, I was I told I was a micromanager. But, when you have a team environment and are developing a team, you have to work closely with those members to get a level of understanding of where your goals are and your focus is.

Sometimes people are challenged by change – and I’ve heard it too many times before, “This is what we’ve done for years.” And I often say, well, they don’t hang people anymore, if that’s the way you want to put it.

Things change and things move forward. You have to communicate that this is where our focus is and then bring the group along. Communicate with them. And give them the tools – whether it’s education, training and support, whatever they need – to make that change positive – that’s very important.

One of your interests has been sustainability as it relates to construction and our environment. How has that interest been reflected in your work, and, more importantly, what does that say to other entrepreneurs about the rewards of integrating their interests (if not their passions) into their business fabric?

For me, personally, my passion, the enjoyment, has always been with the projects we are working on. We get called into a lot of jobs that have been difficult. But, “can’t” is not a word in my vocabulary.

How do we resolve things to make it a success? That’s the question. And it doesn’t matter if it’s a bridge or a building or an operational management issue – we’ll go into a project and assess it and straighten out the situation and the operation.

What I do is I bring them in and I have team meetings. And it doesn’t matter if its finance, IT, procurement, whoever – we have these group discussions in structured meetings with minutes and expectations that are set out. And the team is successful through that, just by communication. IT may be hearing something from operations that they didn’t realize is going on. And that’s a benefit to them and a benefit to the entire organization. Just by communication.

Thank you very much for your time.