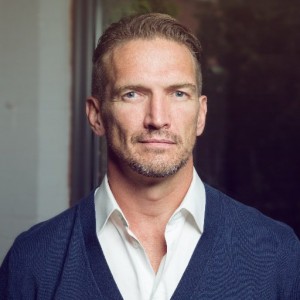 When Cameron Chell offers up advice to those who would like to follow in his not insubstantial footsteps on the path to successful entrepreneurship, it’s worth perking up your ears and taking notes.

That’s because he’s not merely an entrepreneur himself, he’s a serial entrepreneur and well known in the tech space. Cameron Chell also happens to be a multi-tasker extraordinaire, steering anywhere from five to seven startups at a given time on upward trajectories toward growth and success. And yes, that’s simultaneously, no less.

Chell is chief executive and co-founder of Business Instincts Group (BIG), a venture creation firm. BIG curates startups internally before spinning them off; the firm focuses in particular on startups that promise to revolutionize how we use technology.

Chell’s first successful startup was in the 1990s, Futurelink, the original cloud computing company. With BIG, he has fostered many other startups, among them: Slyce, a visual search company that he co-founded and is now publicly owned. Draganfly Innovations, with its advanced drone technology. And UrtheCast, which streams high resolution video of earth, from space, to the Internet.

These and other businesses have succeeded by following Chell’s guiding principles of Clarity, Alignment and Measurement. As importantly, he has engaged the passions of other innovators with his Big Vision thinking, guided by looking for the possibilities of “what if?”.

How has the landscape changed – for better and for worse – for tech entrepreneurs today from when you were getting your first ventures off the ground?

Cameron Chell: I think the biggest difference is the ability for entrepreneurs to start off with less capital and build a minimum viable product in software and technology in general. So where before, you basically had to build up your infrastructure to even build your product. Whether that was in manufacturing or whether it was server farms, you had to actually build and invest all that capital upfront. You couldn’t buy any those things as a service to develop a product.

Today, things have evolved to being able to build a minimum viable product. For twenty or fifty grand, you get your proof of concept and get some customer adoption and test your pricing and all the rest of it, and so you can be doing multiple product tests and concepts at the same time to find out what the best route is to take. That’s probably been the biggest difference — the efficiency of the of the startup ecosystem in regard to developing product.

What would you do differently if you knew then what you know now, and how has that perspective shaped the evolution of your key principles for building sustainable startups?

Cameron Chell: What I would do differently is I would have been better at customer development sooner. Meaning, having a customer before you even have a product. Which is one thing I think we do well now. And the second thing is I would have spent more time developing teams that can build a shared understanding through constructive conflict.

Tell us about your key principles, why they’re important and why can it be a challenge for entrepreneurs to take these principles to heart in building a business startup.

Where the reality is all those things are based on ego and those are the things that actually, if you get lucky and it works out, you’ll be the one in the hundred startups that work.

But, most of the time, those things don’t work out because you know the founder of the C.T.O. or the key financial person aren’t willing to accept the fact that what they are doing or thinking isn’t wrong. Because in society if you’re going to be a startup leader, you’re not allowed to be wrong – you’re supposed to be the one, as opposed to a part of something.

You talk about creativity trumping competition. How can that play out in in a world that’s driven by competition?

Cameron Chell: When you’re worried about competing, you’re worried about only being better. You’re not focused on creating something new and different. Most people didn’t know they needed an iPhone until there was an iPhone. So one of the drawbacks of the customer development model is that it really encourages incremental improvement, which is fantastic and a little bit safer. But, unless you deeply understand customer development, it doesn’t necessarily encourage you to take a risk and build something that no customer has ever seen before.

So part of the customer development model is finding the right customer that’s willing to take a chance to leap frog what their competitors are doing and to have a vision themselves.

Speaking of creativity, how do you go about fostering an environment where people are encouraged to explore the “what ifs” and, ideally, bring them to the point of commercialization?

Cameron Chell: We have to create an environment where feeling, at least on certain levels, is acceptable. So continuous success isn’t real and it also means sometimes that you’re not trying hard enough. You need to create an environment where you can fail fast because you don’t want to go too far down the road if you can help it, but that the failing is actually kind of celebrated. If you can do that then you’ll create that environment.

What do you consider some of the most important “what ifs” that you’ve personally turned into profitable ventures, and what are some of those that have inspired you?

What if, what if you could run software over the Internet? – Futurelink

What if you could put video cameras on the space station and stream it live to earth? – UrtheCast

Some other “what ifs” that have inspired me:

Martin Luther King – What if all men were equal?

“One day this nation will rise up, live out the true meaning of its creed… that all men are created equal.”

Winston Churchill – “The definition of success is moving from one failure to another without losing enthusiasm.”