No matter where in the world your company is based, the number one language in offices is always the same and no, I’m not talking about English. In fact, the language I’m talking about doesn’t even involve talking at all.

It’s a little system of communication called body language and you should look into it.

All companies claim to have an “open door policy,” and it’s absolutely imperative that they do. However, people being people, not everyone is going to feel comfortable talking about issues and concerns they may have. But, if you can read someone’s body language, it opens up a whole new world of understanding what’s going on in your workplace.

I was able to ascertain that something was amiss with one of my managers thanks to being able to read body language (and I’m no expert, I just have a passing interest in it).

During some conversations, he would cross his arms and start to move back slowly. This told me that he was trying to put a barrier between the two of us (his arms) and that he wanted to escape this particular conversation (backing away).

I also observed that during other conversations, that manager would have his feet crossed at the ankles and he would be shaking them ever-so-slightly. This told me that he was holding back something he wanted to say.

And, lastly, during staff meetings, he would cross his arms and move his lips if certain people were speaking and this told me he felt some deep discomfort toward those co-workers.

Armed with these observations, I did a little digging by having some one-on-one conversations with him to find out what exactly was bothering him. It was nothing too severe. He just thought his ideas and opinions were being dismissed by a few different co-workers without being given much attention.

We were able to address the issue together and get it rectified.

Of course this is a simplified version of the story, but the main takeaway is that it was by being able to read this manager’s unspoken body language that I was even aware that something was going on with him.

The caveat with reading body language is that what you observe doesn’t always mean what you read into it. Crossed arms might mean discomfort and an attempt to put a physical barrier up, but they could also meant the person is just cold.

So, when you read body language, you are also reading the general environment and factoring in what you know about the person. Obviously it helps if you know the person well.

But, regardless of how well you know someone, being able to spot a few key signifiers will help you in the office. Someone might say they agree with a decision you’ve made, but their crossed arms could signify they aren’t. Someone who claims to be completely confident in leading a major group project might betray a lack of confidence by rubbing the back of their neck and looking at their shoes.

Being able to pick up on these admittedly obvious signals – as well as much subtler ones – will help you in your work environment. From dealing with office relationships to being able to tell if a job applicant may be less than honest with the information they are supplying, being able to read body language is a skill that instantly makes you a better leader because it makes you more observant.

There are many places you can learn about the art of reading body language, but I recommend starting with:

It doesn’t take long to learn and it’s an immediately useful skill to have that will give your leadership a boost. 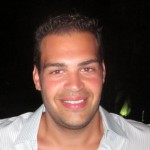 Rafael Romis founded web design agency Weberous in 2011 to help businesses stand out and boost their online presence. Originally from Greece, Rafael lives in Los Angeles and when he’s not working at Weberous, he offers business and marketing consulting to small businesses.>