by Ed Harrington, CEO at Ideas To Go and co-author of “Outsmart Your Instincts: How the Behavioral Innovation Approach Drives Your Company Forward“ 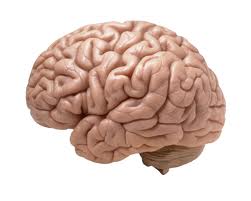 Every business relies on cutting-edge ideas to stay ahead of the competition. Success hinges on maximizing the efforts needed to take a product from idea to development to launch. An important consideration for product development teams that can boost their capacity to generate new ideas and find creative solutions involves learning to recognize and overcome mechanisms in our brains that discourage us from innovating.

From the time of our prehistoric ancestors, our brains have been wired to steer us away from the new and novel, and toward the customary and the status quo. In the early age of civilization when humans needed to be hyper-vigilant and risk-averse, the brain developed Cognitive Biases, which honed our instincts for the known and away from the unknown. Playing it safe was our brain’s necessary default mechanism when the cost of taking risks was truly a matter of life or death. But, in today’s world, playing it safe is more likely to threaten our survival in the market.

How can we overcome the defaults wired in our brains that inhibit innovation? It’s a matter of learning to consciously compensate and strategically employ more effort, more focus, and more conscious thought to our creative endeavors.

Use these breakthrough strategies to move past the brain’s Cognitive Biases that dissuade innovation:

Conformity Bias leads us to play along in order to get along with our co-workers. We’re hardwired for group agreement. But the unconscious tug of conformity stalls innovation. Conformity Bias keeps employees from speaking up when it means going against the group. At its worst, Conformity Bias leads to catastrophic consequences — such as the suppressed disagreement that led to the Challenger Space Shuttle disaster. Instead, learn to embrace dissent. While dissent for its own sake can undermine the group and diminish morale, dissenting points of view can enrich the group when introduced and incorporated effectively. Remind the team, frequently and supportively, that their initial individual response is important to hear, and that getting their opposing ideas out on the table is more important than everyone making nice.

2. Break out of Confirmation Bias.

Confirmation Bias is the tendency for people to favor information that supports their existing beliefs, and to ignore information that contradicts them. If we don’t make a conscious effort to identify and prevent Confirmation Bias, what we already know will limit what, and even if, we will learn from new information. To help overcome Confirmation Bias, regularly introduce new data, new experiences, new vendors, and new solutions. Invite experts in tangentially related industries to share their perspectives. An outsider’s depth of knowledge in an entirely different industry helps him get past the thought inertia that insiders often can’t avoid.

3. Say no to Negativity Bias.

We’re pre-conditioned to allow negative impressions to form more quickly than positive ones. Research shows that negative information, experiences, and even negative people have a stronger effect on us than positive ones. And, unsuitably for innovation, negative impressions form more quickly and are tougher to counter than good ones. While Negativity Bias can — and does — impact every stage of innovation, it’s most prevalent in the idea generation phase. (“It will take too long; it’s too expensive; we can’t manufacture it…”) Negativity Bias stifles creativity, kills great ideas, and creates an unproductive, competitive, and sometimes hostile environment that discourages people from participating. Intentionally shift the focus from rejection mode to problem-solving mode. Direct the language for commenting away from what you’re against to what you’re for with each idea offered.

Because of our engrained Availability Bias, what immediately comes to mind provides the criteria for our decision-making. And what easily comes to mind tends to be our most recent or emotionally charged memories, often at the expense of more balanced or representative considerations. It’s easy, and yes, smart, to stick with the tried-and-true for many minor decisions. But in our changing world where the stakes can become very high, we need to think beyond the immediate solution. To overcome the inertia of Availability Bias, begin by asking different questions. Ask people to imagine how they would solve the problem at hand if they lived in Antarctica, or if viewed from the perspective of a submarine captain, or if they were blind. This kind of imaginative role-playing greatly encourages creative problem solving.

Learning to recognize and overcome Cognitive Biases will galvanize a creative team. From changing language, to seeking out new perspectives, to taking a playful approach, teams can give full airing to novel ideas. Remember, it’s possible to extract value from even the most outlandish idea if you allow the team to give it proper consideration. 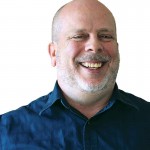 Ed Harrington is CEO at Ideas To Go and has spent twenty-five years helping a who’s who of corporate America come up with new and innovative ideas. He serves on the Yale Center for Customer Insights board of directors. Together with Adam Hansen and Beth Storz, he is co-author of the book “Outsmart Your Instincts: How the Behavioral Innovation Approach Drives Your Company Forward“.