by Karla Friede, CEO, co-founder, and member of the Board of Directors at Nvoicepay 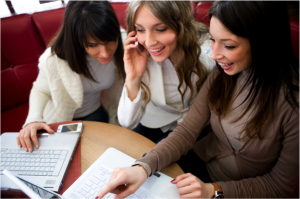 Earlier this month, my co-founders and I raised our sixth round of venture capital funding for Nvoicepay.

People ask me all the time, “Has it been hard to raise money as a woman?” It certainly wasn’t easy, but since I’ve never raised money as a man, I don’t know if that would be different. This is my only experience, and of all the venture capitalists who passed on the early funding rounds, no one ever said, “We’re not going to invest in your company because you’re a woman.” In fact, I found that if they didn’t like something about our business model, they usually didn’t say anything. They were vague, polite, and just never called us back.

However, we do know that only about nine percent of entrepreneurs in venture capital backed technology startups are women. Those numbers tell us it’s tougher for women-led technology companies to raise money from venture capitalists—or any investor—than it is for men. Is overt sexism at play here? I think it’s something deeper and more systemic than that.

I’ve never heard a sexist comment during the time I’ve spent fundraising, so I don’t feel there is blatant, overt bias. What I do think is that women raising money for technology companies face obstacles that men don’t. Once you recognize them, there are five strategies you can use to overcome them. I’m sharing my experience here in the hope it will help some of you on the fundraising trail:

First, there is ingrained, inherent bias in society, both on the part of men and women. We all use pre-formed expectations as a shortcut to make our lives easier. In fundraising, we see evidence that women are more successful when they’re raising money for businesses that society thinks women should know about, such as cosmetics, fashion, or other products women use. There’s already an expectation that they’re knowledgeable in these areas, so they don’t have to work as hard to prove it.

Second, we all know that people are just naturally more comfortable with people who look like us, and speak like us, because we don’t have to work as hard to figure out what kind of people they are, and how best to communicate with them.

The button down crew.

The clearest example of this for me was when I was a consultant at The Ascent Group. We were working on a business strategy for a software company in California, and I’ll never forget my first meeting at the company. The first three men that I met were all between 5’6” and 5’7”. They were each wearing Levi 501s, brightly colored button-down shirts, and Sperry topsiders. I thought, huh, that’s kind of strange.

The fourth man I met was the CEO, and guess what? He was 5’6”, and wore Levi 501s, a bright pink button-down, long-sleeve shirt, and Sperry topsiders. It was a very visual reflection of the idea that from the top down, people are just more comfortable working with people like themselves, and more likely to gravitate toward those people.

I think this is true of both men and women. People who seem similar on the surface automatically have a greater comfort level with each other, and that’s a shortcut to building relationships and trust.

Since only about seven percent of venture partners are women, most of the people you’ll be pitching to are men, regardless of what kind of company you’re raising money for. So, the “lookalike” shortcut for the most part isn’t available.

Another obstacle, and one that women have more control over, is the way we communicate. I’ve noticed that women, myself included, will often say something like, “I believe we’re going to expand our channel and grow 25 percent next year.”

Men typically say, “We are going to expand our channel and grow 25 percent next year.”

These statements may or may not be factual, but the way the woman is communicating is not as commanding and forceful, and therefore less appealing to investors who are looking for confident, take charge leaders. Knowing what you’re up against, here are my five tips for women tech founders to increase their chances of success when they’re out there raising money:

Venture firms that have a track record of investing in women-led businesses, or even better, have an investing partner (not an associate) who is a woman, are probably more likely to invest in women-led businesses. Target those firms—if you can find them in your market. Even if you don’t pitch to the woman partner, the men at these firms are probably more comfortable working alongside women and their expectations for women’s roles are likely different.

2. Target firms in your market.

Do not waste your time with investors outside of, or even adjacent to your target market. If you’re speaking to investors who don’t know your market, you have to educate them, convince them there’s an opportunity, and gain their confidence to invest in a woman founder. That’s asking them to make too many leaps.

Early in my fundraising days, I talked to firms that invested at the edges of consumer payments, which are very different than B2B payments. After I finished my pitch, one of them said, “I don’t really understand why this market opportunity exists.” At that point, I knew I was in the wrong room, with the wrong people.

My success was much higher with people who really understood the market dynamics and the opportunity in B2B payments. They were the ones that were really excited about what we were doing. The opportunity overcame any gender bias. So, go speak to people who really know your target market. They’re already going to understand most of what you’re saying and that may get them past the fact that you don’t look like they do.

Pre-dot-com bust, you could go in with a great looking slide deck and a hip company name, and walk out with a million dollars in early-stage funding. Those days are long gone. If you want to convince somebody that you have a good idea and you are capable of building a business around it, the most compelling thing you can do is show results from customers who’ve used your product and can speak about it favorably.

Some people believe that you have to fake it until you make it, and I believe that’s absolutely false. Anybody who’s been around more than a few years can see through that. Instead of faking something, focus on the results you do have. If you’re asked about weaknesses, be honest, but positive. Answer the question, but redirect it to the strengths of your business. Never make anything up. It’s a losing strategy.

5. Bring your business to life.

To bridge the communication divide between women CEOs and venture capitalists, find a way to show the emotional appeal of your product. It’s one thing to use customer results or a customer quote as part of a slide deck. But if you put a customer in front of them, or vice versa, and can capture the customer’s emotional response and enthusiasm for your product, it’s much more powerful.

If you can’t get potential investors together with a live customer, use video. I once heard Jennifer Fleiss, the co-founder of designer dress rental service Rent the Runway, speak at a Harvard Business School event. She was pitching to audiences of male venture capitalists, and could not get them to understand the importance of the perfect dress.

She assembled a focus group, delivered dresses to them and filmed their reactions opening the boxes and trying on the dresses. Then it was no longer a man talking about the product, or a woman talking about the product. It was a customer talking about it, and that’s more powerful than an entrepreneur of any gender pitching and saying something investors have already heard 100 times. Granted, this was a pitch for a product many venture capitalists would expect from a woman CEO, but this strategy can be used effectively for almost any product.

Get out and pitch!

These are lessons I learned knocking on doors and getting turned down many times. During those times I took heart in knowing that Howard Schultz, the founder of Starbucks, was turned down 217 times before finally securing funding.

Now, after years of pitching, and most importantly, years of achieving really good customer results, we’ve earned the right to choose our investors. That’s a satisfying place to be, but realize no matter what you look like, in the beginning you’re going to get turned down a lot. That’s just part of the process for men and for women, because venture capitalists are not looking for reasons to invest. They’re looking for reasons not to invest.

What we can’t control is subconscious bias. We can adjust for it, but the real long term solution is we need more women to get out there, raise funds, and become investors themselves. I hope in another five years, I’m looking at your plan! 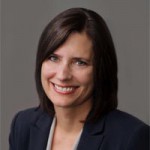 Karla Friede is Chief Executive Officer, co-founder, and member of the Board of Directors at Nvoicepay. She has 20 years of experience in management, finance, and marketing roles in both large and early stage companies. Along with the founding team, Karla has grown Nvoicepay into the leading B2B Payment Automation Software company.

Top 5 Things CMOs Will Be Expected To Manage In 2021