by Darin Colucci, founding partner of Colucci, Colucci, Marcus & Flavin and author of “Everything I Never Learned in School about How to Be Successful“

Mindset is what sets entrepreneurs apart from 99.9 percent of other people. Most young people think that intelligence, drive and a strong desire to succeed is enough, but it simply isn’t. The reason that tremendous success is achieved by so few is because they know something that most young would-be entrepreneurs don’t — something that is not taught in schools and hardly ever realized by younger people.

This subject nagged at me into my mid-thirties, and all boiled down to one simple, yet vexing question: why is that person more successful than me?

I felt I had all of those qualities previously mentioned but still, I wasn’t where I wanted to be, so what was I missing? The answer that materialized after a decade and-a-half’s worth of angst and never-ending study, is that there is a formula to success. No matter where a person’s interests may lie, those who know and employ this formula — people such as Andrew Carnegie, Henry Ford, Steve Jobs, Arnold Schwarzenegger, Jim Carey, Oprah Winfrey, Richard Branson, Sara Blakey, Steven Spielberg — not only realize tremendous success and personal fulfillment, but also often change the world. And the very first step to unlocking this formula is to not only realize, but truly believe that these people are no better, smarter, or luckier than you.

When I first started out trying to learn about this material, I read everything I could on the narrow subject of how to be successful. I didn’t want to jump up and down yelling, “I can,” I didn’t want to hear about parallel dimensions or how the mythical universe works. I just wanted the information I was desperate for, presented in a straightforward way. I was willing to work hard and be patient, but I didn’t know where to start, the order in which to do things, or what had to be done in order to achieve success.

Although it all took longer than I had hoped, I finally figured it out. Much to my amazement, the steps required came down to a fascinating blend of simplicity, faith and dogged perseverance. Let me give you an example. Ask yourself: what do you want out of life? Don’t answer in vague generalities. Instead, sit down and really think about what the end game is for you. What does ultimate success look like for you? Because until you answer that question, success is impossible. You need to start at the finish. Think of it in terms of a trip you want to take. Every decision you make leading up to that trip is predicated on one single thing: where you are going. You have to make that decision first before you can properly prepare to get there. And it’s not enough to say, “I want to be successful.” That’s tantamount to saying I want to go someplace warm on vacation. That’s not a destination. There is no direct flight to Someplace Warm.

The above is part of the formula I mentioned earlier and that single piece of information alone (having a clear and defined goal) will save you years of floundering. It will start you on your journey toward success and personal fulfillment. It will lead you to “a calling” as opposed to “a job.” It did that very thing for me, but that was also a real learning experience.

I was working as a lawyer when I first set out in search of “success.” After learning many of the principles, I put them to work. As actress Amy Poehler insightfully stated, “The talking about the thing is not the thing; the doing of the thing is the thing.” So I started to apply what I had learned by approaching the concept of “The Law Firm” in a new and more entrepreneurial way and it worked. I created a successful and well-respected firm which steadily grew over time and I became a multi-millionaire in the process. I had more autonomy and an enviable lifestyle. I was “successful” by everyone’s definition… except for my own. What I learned is that success without fulfillment is nothing more than comfortable failure. The two need to be inextricably linked to attain true success. I wish I had known that 20 years ago. But that precise feeling of un-fulfillment made me re-examine the whole process.

I asked myself some of those same questions posed earlier to you. What did I want the end game to be? What would I consider the ultimate success for myself? Where did my passions lie? The answers, which were not immediately realized, led me to my calling, which is to share the information I’ve painstakingly compiled over a course of decades to help others obtain their dreams — and to write the book, “Everything I Never Learned in School about How to Be Successful“. Although I truly believe that anyone who reads the book will benefit from the material, I specifically geared it toward younger success-seekers, in the hopes that they will be put on the path toward wringing every ounce of passion and joy out of life at the earliest age possible, while concomitantly pointing out success principles that are vital yet so often overlooked. Concepts such as integrity, gratitude, manners and, perhaps most importantly, perseverance in pursuit of one’s destiny.

For me there is no better professional feeling than mentoring someone to help them to first realize and then attain their goals. As a young entrepreneur, your pilot light is already lit. You are a doer; someone who already has the burning desire to leave a mark on the world. All you need is a blueprint to believe in and apply to your life’s ambition. That’s my goal, as lofty as that may seem… to provide you with the formula. But please don’t misconstrue this. The work is yours to do. It needs to be that way for your incredible accomplishments to come to have meaning. You, as an entrepreneur, are the very best of what society has to offer. People such as you change the world. You need to believe that… not just merely repeat it, but believe it as an essential ingredient. I can help you with knowing all that’s going to be necessary, but the work will always be yours.

Don’t be afraid of success. Embrace it. 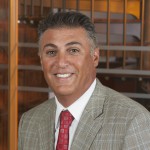 For the past 23 years, Darin Colucci has been a successful trial attorney in Massachusetts. He is one of the founding partners of Colucci, Colucci, Marcus & Flavin and was recently named one of the Ten Best Personal Injury Attorneys in America by Newsweek.com. In addition to working at the firm, Darin has written several works of fiction and just released a nonfiction book”Everything I Never Learned in School about How to Be Successful“.