by Rick Peterson, co-author of “Crunch Time: How to Be Your Best When It Matters Most“ 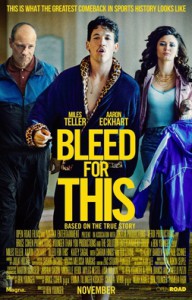 As a pitching coach, I’ve seen a gratifying number of athletes commit to the rigors of training and discipline, both physical and mental. But it’s hard to beat boxer Vinny Paz, as both he, his steeliness and what I call overpreparedness – a skill underutilized in the business world – are portrayed on the big screen in “Bleed for This.”

The film, set in the late 1980s, tells the comeback story of Paz (Miles Teller), known as “Paz” and “the Pazmanian Devil,” a kid from Rhode Island, with an innate talent for the ring and an incredible tolerance for pain. When he takes on a new trainer, his career gets a boost. But soon after this upward turn, he’s in a car crash and fractures his neck.

A bit later comes an extraordinarily riveting scene. We see Paz, fitted with what’s called a “halo,” the most rigid type of neck brace that keeps the neck and head from moving. It’s also got a metal ring that fastens to the head with metal pins. Add that ring to four bars that get attached to a vest and you’ve got Paz looking as though his head is part of a building’s scaffolding. Nevertheless, in the middle of the night, he has sneaked down to the basement, in a DIY training attempt to regain the skills – wearing the cumbersome “halo” – that would allow him to fight again.

The significance of this scene is that it applies to both the sports and business worlds. Paz had already developed formidable boxing chops before his accident. And now this “halo,” which is meant to stabilize and immobilize the neck, is a huge impediment. At a more symbolic level, this device also suggests how many executives think: keep it safe; don’t rock the boat; do things the way they’ve always been done. In other words, let’s continue to be boxed in not move forward. If we go outside the “halo” and become a tad too innovative, we’ll create an unstable business environment which might cause us all to break our necks. The parallels are significant.

The takeaway here is that, to get back to fighting form, Paz needs to relearn what he once knew. As shown on the screen, his is an arduous, step-by-step, day-to-day challenge. He needs to get to a state of readiness that will allow muscle memory and instincts to take over once he’s in the ring. I call this reaching a level where you can perform without thinking, because you’ve reached unconscious competence. In other words, “Prepare harder, perform easier.” When you get to crunch time, it’s not talent that generates a great performance – its the overpreparation.

It’s the same for executives and leaders. Except I find that many people I’ve worked with simply don’t know the difference between preparing to perform for low-to-moderate pressure and intense pressure. I’d say that, if you’re a CEO running a company and leading your team, that’s pretty intense. And the way to face “intense” is to overprepare, which is what Paz had to do. In fact, if you’re not overprepared, you’re actually underprepared.

I’m often asked, If you know the subject matter, what’s the benefit of knowing it better? Isn’t overpreparing a waste of valuable time? The answer lies in the mental benefits: overpreparedness fuels confidence and, when you’re confident, you can relax under fierce pressure. Again, using Paz’s strategy as an analogy, a leader relies on muscle memory, which allows for genuine feeling and passion to come through while delivering numbers and prognostications. Again, using that “halo” contrast, overpreparedness allows an executive to jump from a fixed, metal-caged mindset, to a vision of growth.

Typically the word “autopilot” is used pejoratively, suggesting that a person is acting so machine-like that there’s no connection with the public. My definition of overpreparedness does not negate interaction with others. Rather, I’m talking about unconscious competence, based on deliberate practice. In other words, it really is all in the mind. 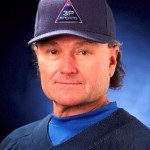 Rick Peterson has coached some of baseball’s best pitchers in the past twenty years, including Cy Young Award winners and Hall of Famers, and was the Oakland Athletic’s pitching coach during the famed Moneyball era. He is currently director of pitching development with the Baltimore Orioles. He holds a combined degree in psychology and art. He is the co- author with Judd Hoekstra of the soon-to-be released book, “Crunch Time: How to Be Your Best When It Matters Most” (Berrett-Koehler Jan 2017).  ​

How Business Owners Can Use Unconventional Strategies To Attract Leads

Tips For Getting Investments In Your Start-Up