by Heather Landau, founder of Start An American Company.com

Yet the employment of women and minorities still lags well behind the proportion of the population in many key industries, with tech and engineering particular problem areas. Here are just a few methods businesses can use to improve the diversity of their staff, and work towards greater long-term gains and a more accepting and comfortable work environment.

1. Take advice wherever you can find it.

Ensuring diversity in the workforce is most easily done from the get-go, and many companies and movements have sprung up to offer their services to startups and SMEs.

Silicon Valley and the Bay Area are particular hotspots, with the likes of Paradigm and Project Include seeing female CEOs, investors and other business leaders offering their advice and expertise on meeting diversity targets.

Project Include’s co-founder, the lawyer and former Reddit CEO Ellen Pao, cites confirmation bias as the key issue in the lack of movement over diversity, particularly in tech.

When a majority male staff or board has already achieved significant success, the tendency is to preserve that dynamic. Helping fledgling companies to thrive with diverse workers and leadership proves that line of thinking wrong, and sets a positive example for others.

These companies can offer advice and coaching on issues you may not have considered, as well as ways for larger businesses to keep track of their staff makeup. Failing this, there’s an easy way to make tangible changes to improve your practices: talk to your employees.

Female and minority staff members will be better positioned than anyone to tell you what the company is doing right, and what could stand to be improved. Opening yourself up to criticism and making tangible improvements could have an immediate effect on staff happiness and retention.

2. Engage with educators and training programmes.

The jury is still out on whether budding entrepreneurs and businesspeople need a degree. Famous counterexamples include Bill Gates and Richard Branson, although the former was smart enough to get into Harvard before dropping out.

According to the most recent US Census Bureau data, 53.2% of business owners surveyed had an associate degree or higher. The 2016 Forbes 400 also found that while Ivy League schools turned out a disproportionate number of billionaires, 108 of the 406 person list had never received a Bachelor’s degree.

The key lesson here is that talent can be found from both graduates and ‘dropouts’, and you’ll need to tap all sources to find the most capable and varied staff. For small businesses, this can mean providing internships or work experience in partnership with schools, or offering your services as a guest speaker. Larger businesses can look to setting up prolonged partnerships at universities, or even offering scholarships with an eye to nurturing talent through the system.

Collaborating with schools and universities on promoting diversity has a number of benefits. Not only is it appealing to the schools for its positive message (particularly if the company representative is a successful woman or person of colour in a challenging field), it also speaks positively of the company’s brand, and can potentially turn kids onto a career track they hadn’t considered.

Your company can act as an ambassador not just for your brand and hiring practices, but the industry you occupy. This kind of education through example rather than platitudes or politics is extremely powerful, and will benefit you greatly in the long

3. Looking for qualities and ability over experience.

A huge problem in the tech and IT sector for workers of all creeds is unrealistic expectations. Job adverts expect competencies in skills that are no longer applicable to fast-changing fields, or a skillset so varied and unconnected that no one person can possibly have them all.

The intention is to attract candidates with as many of the skills as possible, but this often excludes perfectly good candidates. The effect is particularly disproportionate for women and minorities, who are already fighting against perceptions about their capabilities and often a lack of comparable experience.

An obvious solution is for HR to consult existing staff on the skills they use and expect to learn, in order to make job adverts more sensible. But there is also a recognised skill gap, with many people out there who have the ability but not the formal qualifications, or an awareness of particular roles and industries.

In some instances, improving the diversity of your staff may mean hiring based more on potential and transferrable skills than degrees. This is already common practice in many industries with extensive training programmes and ‘on the job’ experience, but less so in sectors with technical requirements. The idea is obviously not to enact ‘reverse discrimination’, but to make a decision that equally weighs the short and long term benefits to the company.

Perhaps the easiest change in theory and hardest in practice is to make the workplace more welcoming for everyone. That obviously means stamping out any blatant discrimination or harassment, with adequate means to report it and absolute seriousness in dealing with it.

But many of the situations which make people uncomfortable are more insidious. From ‘heels only’ dress codes, to ‘sexy’ calendars or inappropriate desktop wallpapers, to asking a female colleague to fetch the tea, there are many behaviours some people wouldn’t think twice about.

But what is just considered a joke between colleagues or a bit of ‘office banter’ could be seriously disrespectful and upsetting to other people. Harassment is sadly common enough outside the workplace, and no element of that should permeate the walls of your business. The office environment should be one in which everyone can thrive and work without being made uncomfortable or having one’s space violated.

Some workplaces choose to employ sensitivity courses or training, but this tends to paper over the cracks and hides the issue, rather than confronting it head on. The best thing you can do is to make discrimination and harassment easy to report and verify, and deal with it appropriately. You should not be willing to retain anyone who engages in behaviour that alienates or upsets others, regardless of how integral they might be or how long they have been with you for.

It is very easy to talk about gender equality and broader diversity, but harder – and rarer – to implement it stringently. Your company structure may need reforming, with more means to report and appeal than a single manager or HR contact. It may even be beneficial to have some means of collecting evidence, such as CCTV with audio capture.

Fair treatment is absolutely vital, as is communicating and liaising with staff to get the message out. You don’t want to alienate anyone, but rather foster an environment in which all employees are more secure. If the process of enacting these changes is bumpy, it speaks to the ingrained issues that broil under the surface in many companies for too long, to sometimes tragic effect. 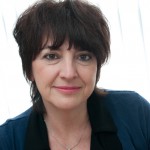 As the founder of Start An American Company.com, Heather Landau has honed her skills in service advisory from the pragmatic to the practical. With a total of 25 years combined experience in international marketing and business development, Heather is a leading voice on company formation in the U.S., and operates similar services across Europe and the rest of the world.