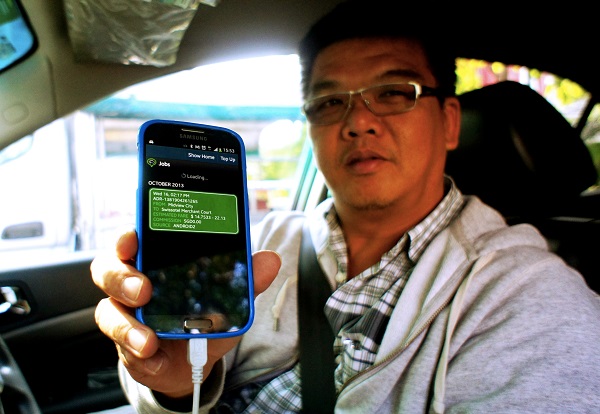 When we say on-demand, the glorious image of Silicon Valley and its technological environs pops up in the layman’s mind, and even that may be too imaginative. For several different versions of the on-demand economy in other parts of the world, the term itself may be alien, its implications unknown.

The on-demand economy may have been spurred by the big names that have frequent mentions in social media or otherwise: Uber, Airbnb and the whole shebang. Countless articles on the ‘Uber for X’ model plague opinion websites the world over, and why shouldn’t they? Various models that exist for the on-demand economy are hotly debated because of the very nature of the economy – it doesn’t play according to conventional rules, and businesses that make it big are market disruptors of a paradigmatic nature. In that, they upturn the mechanics of the industry and re-imagine the way money and time are spent for profit. Extant players, because of this economy, have been forced to adapt to the changing tide – basic examples are cab companies in the world of Uber and cable companies in the era of Netflix.

The catalyst for this disruption is obvious: Technological integration. Many of these businesses employ online platforms and cutting edge software that optimize, and automate the entire process, eliminating the need for manpower and several managerial levels of organization. Thus, having a business environment that is conducive for technological growth is necessary, and it is also the reason why many South Asian countries aside from Japan are hardly mentioned in the big game.

Indonesia, Singapore, Malaysia, India and some other countries have been privy to the on-demand bubble, so to speak. While the on-demand industry based diversification is not that intense as it is in the USA, we see several sectors being disrupted by entrants. Healthcare, transportation and mobile-based internet companies (purchase-based) are the most affected sectors, with players like Uber, Grab, Didi Chuxing, Practo, Coupang and Zomato on the scene.

We intend to focus on the ride-sharing, transportation market in South Asia, as it is the most eventful zone in this regard: along with also being a sector that’s making leaps and strides in its scope and revenue.

The sharing economy is expected to grow to US$335 billion in revenue by 2025 from US$15 billion today, according to PwC – and these are no small numbers. The competition promises to be intense in a market of such opportunity, and various companies have already forayed into the ride-sharing business. We focus here on one brand that’s doing things differently – but the idea is that the Asian market is slowly becoming more receptive to the on-demand economy – socially, legally and economically. Players that still operate on the horizontal, time-tested tenets of business need to pay closer attention to this blooming economy if they are to compete in the future. The same message can be sent to industry giants like Uber – continuous innovation is

key, and one cannot be complacent simple because of the favorable position that one has occupied – cease to innovate, and you may just face your demise overnight.

Grab works pretty much the same way Uber does – it is an on-demand, ride sharing service in over 20 countries, concentrated in the south Asian region. (Thailand, Singapore, Malaysia, Philippines, Indonesia and Vietnam) We’ve identified some factors that set them apart from other ride-sharing outfits.

Grab focuses extensively on the South Asian region, making their campaign less tedious to execute – focused resources result in more in-depth branding. While a lot of opposition initially ensued in the form of taxi agencies boycotting the use of their app, Grab directly approached the drivers themselves, bypassing middlemen and other pressures. Their kiosks can be found in areas where taxi-drivers congregate – including natural gas stations and other points.

Grab not only engages in heavy on-ground marketing surveys (tracking word-of-mouth spreads and the like) but also makes a dedicated effort to educate drivers in terms of app and smartphone operation. In these developing countries, smartphones are acquiring a holy-grail status in the job market, so this is immensely favorable.

A company that has feet on the ground, as well as a digital presence can be very powerful in terms of creating an impression in the minds of both – the drivers and the customers.

This also makes a unique supply-first focus made by a start-up, as compared to Uber, who focused more on signing up users.

In countries where it operates, Grab has tie-ups with brands that are doing well regionally, boosting brand awareness. Globe (Philippines), AirAsia (Thailand) KitKat, Revive Isotonic and Wonda Coffee are a few names in their partnership repertoire, with innovative campaigns for the same.

While Uber has had several problems with both, governments and passenger based complaints, Grab decided to improve on both fronts. A simple glance through their website gives dedicated focus to safety and security for consumers. It also equally focuses on improving their drivers’ lifestyles. This sends a clear message – Grab takes responsibility for its enterprise, ride quality and security included – despite it not actually owning any of the cars.

Grab also works closely with governments and their policies, with the Malaysian Public Land Transport Commission giving them extensive support. Singapore’s prime minister also made favorable comments about Grab’s track record, marking it to be one of the truly more consumer friendly companies that didn’t just seem to care about profiteering – but also providing added safety. These consonant approaches create less hurdles for Grab – while Uber fights legal battles in several countries.

Passenger safety is amped with Grab’s sign-up process, where the driver has to be physically present for the appointment. Focusing on word-of-mouth referrals and reputation, Grab may not be the most time-sensitive in terms of on-boarding. However, it’s ultimately a small price to pay for the ‘clean and safe’ reputation that they have acquired.

A last noteworthy mention in this category is their bond with their workforce. While their drivers are merely contractors, Grab does not give them the expendable treatment; they undertake a variety of driver-focused campaigns. This includes a Driver Day carnival open to drivers and their friends, to getting insurance for drivers. They also have an education program for their drivers in the making. As if that weren’t enough, they’ve thrown in chair massages and medical tests!

With Grab in focus, we realize that Uber has been trying to spread themselves out for a while in Asia now. Uber lost its battle in China to Didi Chuxing, a battle that allegedly cost them over 2 billion .

Didi Chuxing used some strategies of their own – innovative methods to adjust to the Chinese road system, which always faces congestion by taking measures like including shuttle buses in their services offered.

Now that China is no longer a viable option, Uber has concentrated its efforts in Singapore and other countries, signalling some danger for Grab, as Uber’s coffers are indefinitely deeper. Their outspending strategy did not work in China because they were matched with an enemy who had resources of their own – but that may not be the case everywhere. Uber has already amped up their game in Singapore by declaring new services and features, from upfront pricing to food-delivery.

Singapore is a particularly profitable location for the on-demand economy. Many startup companies are joining the Sharing Economy Association, showing their willingness to adapt. PandaBed and Airbnb have joined the organisation—along with carpooling apps like CarPal and icarsclub. Singapore’s (and indeed, many of the developing economies in the world today) need a focus on sustainability and the sharing economy is particularly receptive for it.

One sees that the world needs to turn its eyes towards Asia, as it is a growing front for these ventures. A particularly versatile market, combined with the Asian power for production will be the next behemoth on the economic paradigm – one that is here to stay. 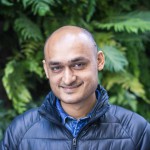 Serial entrepreneur Samar Singla is the founder of Click Labs, a technology solution provider with 5+ years of industry experience in developing enterprise grade solutions with focus on mobility. ­Click Labs excels in product development outsourcing in general and building On Demand platforms in particular. Samar is furthermore the founder of Jugnoo, India’s leading auto rickshaw aggregator with a user base of around 4 million, and is currently rendering its services in 40 cities of India. You can find Samar on Twitter and LinkedIn.