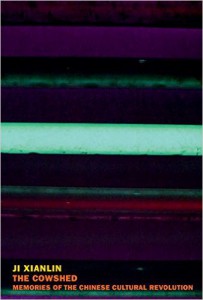 The author of “The Cowshed: Memories of the Chinese Cultural Revolution“, Ji Xianlin (1911-2009), was an internationally renowned authority on Pali and Sanskrit languages. For almost 20 years he had been head of foreign languages department and a teacher as well. He was one of those persons who became victim of the Cultural Revolution and was made to suffer the torture even worse than from the cruel emperors of China.

The author in this book describes the painful ordeal he had been through. One such he describes was as horrible as one could imagine. He tells he was tortured onto the dais and was forced to pose like an airplane with his body bent forward and arms spread out. He then was cursed, spitted on the face, nose-punched, head-stabbed and got kicks on his back by the crowd.

Next was the toughest labor he did at the factory. At a point he was even unable to stand on his feet, and had to crawl while carrying the bricks. Further he crawled for not less than two hours to reach and came back from a clinic, where he wasn’t given the medical treatment because he was strictly told to tell that he’s one of the blackguards. At the end he was imprisoned at Cowshed centre, where he was humiliated and tortured severely. Further he describes that that Cowshed was more horrible than 18 layers of Buddhist hell. The only sigh of relief he felt was when he was asked to serve as a security guard at one of the blocks of university.

The torture did not confine to him, instead his home too was raided and one of the young guards spent nights with his mistress and his wife plus an old aunt was forced to confine themselves to a tiny room.

Mere the physical torture was not something that Xianlin couldn’t forget ever, his mental health was deteriorating as well. Frequent hunger made him a liar; and, find food whether in garbage or thrown away boxes by the privileged ones. Strictly forbidden to raise his eyes before others, he couldn’t change this habit even after rehabilitation.

Later he was rehabilitated and given back the same position at the university. Due to his goodness at heart and firm belief in future of civilization of Chinese people he was able to gain hi sanity once again, making him write for the next 20 years, making more the 70 percent of his entire literary work.

Xianlin did also explain why he wrote memoirs. He rejected peeping into the past but is of the view that his people had not done well on the Cultural Revolution. He says that during the Cultural Revolution many criminals were given forgiveness, which he thinks must not be given. As due to such amnesty the cancer cells of Socialist society grew, which has made our society ethically hollow, corrupt and incompetent.

The book also includes hi short span of life. He was born in the warlords era, got education in Kuomintang era, spent many years when his country was sunder Japanese occupation and his 10 years in Germany where did his Phd. Many readers will shocked to see that even China went through several phases of education before today.

The author has overstated his tale with quotes from his people’s vast stock of literature, including verses from 4th and 10th century poets. The sayings of Confucius that “scholars can be killed, but they cannot be humiliated” is recalled regularly in order to emphasize that during the Cultural Revolution, they did not actually kill the scholars (though quite a few preferred suicide to public humiliation) but they were disgraced.

Xianlin attributes his sufferings to his decision to go against one of the torch-bearers of the Cultural Revolution at Peking University and to a trait of stubbornness in his character, of which we come to know when we see him training himself to bear torture without compromise on his stance.

At the age of 77, in 1981, he went to Tiananmen Square to show sympathy with those specific students who had gone on a hunger strike. Later he himself went to the police station and confessed that he had visited the students in Tiananmen Square and wanted to be given punishment as he being 77 no longer desired to be alive anymore. But the resilient Chinese society had become much mature from the Cultural Revolution. The police informed university authorities who rushed into take him back.

1993 was the year when this book was published and was acclaimed as a remarkable piece of literature.

M. Suleman is a senior academic writer, proofreader and ghost writer at Writing-Expert.com. Being at supervisory level he’s written number of articles and reviews. He has in-depth knowledge and experience in academia, current affairs and writing on history.