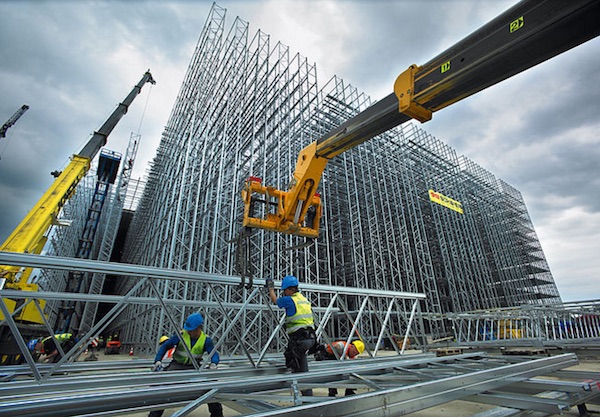 It’s 2016, and there have certainly been worse times to run a construction business. The massive recession we saw in the late noughties has turned around, and projects are becoming more accessible and more profitable to contractors of all niches and professional backgrounds. Although things have certainly started to pick up, there are still many significant challenges facing construction businesses today.

Here, we’ll look at some of the biggest obstacles you’ll encounter. Prepare for these, and running your firm will be so much easier:

First of all, finding the right kind of workers for the job, and retaining them for a decent amount of time. In spite of the growth the industry has been going through, we’re now seeing a massive shortage in skilled construction workers compared to the recession. Construction-related apprenticeships are constantly being tweaked and marketed, but all over the world they’re failing to attract the young, talented individuals which they’re aimed at. The average age for a construction industry worker has been increasing steadily since the millennium, and the resulting completion for workers is steadily driving up job costs. This is great for the few qualified workers out there. However, it also means that there’ll be less completed projects in the long term and less flexibility for all construction firms. To turn this around, there’s an ongoing effort to re-brand the construction sector, and tell the new generation of millennial workers that there’s more to construction than working as a laborer.

Recruiting new staff is hard enough, but there’s another significant HR obstacle that you’re going to have to tackle. Training staff for leadership positions has also become much harder for construction business owners in 2016. A large portion of the higher-ups who managed to keep their jobs until the end of the recession were pretty old, and looking at retirement. Since then, the industry has lost countless great leaders, creating a massive vacuum that needs to be filled. Unfortunately, there isn’t a lot anyone can do about this issue until the base recruitment problem is solved. Without more skilled workers in the industry, business owners are going to have no pool of talent to raise good leaders from.

Incorporating new tech is another big obstacle which you’re going to have to work through. Technology is being developed feverishly in 2016, and the effects of this are being felt in every little corner of international business. The standards of jobsite security have gone up considerably in recent years. Taking advantage of the latest advancements will make it easier than ever to prevent theft and vandalism to your site.  Various communication platforms can play a huge role in modern contracting, and can help your foreman find a problem in the job at the beginning rather than the end. Big data analysis and cloud tech have also had a considerable impact on construction. When implemented correctly, this tech can allow your whole workforce to share and analyze data whenever they want to. Cloud tech, however, has also introduced a whole host of new security concerns to the construction business, which you need to be aware of to reduce the risk of any cybercrime. Perhaps the biggest challenge of all is keeping tabs on new advances in technology, and making sure your business stays up-to-date on all of them. Falling behind in certain areas can be extremely costly!

The never-ending list of regulations tied to the construction industry is another big hurdle that you’re going to need to get over. There have always been a lot of strict regulations stating what a construction company can and can’t do. In recent times though, there’s been a gradual increase in regulatory complexity, which is still going on as you read this. To you, this means that you’ll have to set aside extra time to make sure your site is compliant, which invariably means increased costs. Unfortunately, these new regulations are coming from a wide range of different agencies, rather than just one. This has made it much harder for business owners to stay on top of it all. You can make the whole process easier by following various industry blogs and journals, and paying close attention to anything on new regulations. It can also help to join an interest group for contractors, which will lobby Washington on behalf of your company and every other one that’s part of the group. Sure, being a part of one of these groups isn’t free, and the time and money you’ll invest can be draining. However, if it leads to more construction-friendly policies, the sacrifice will be well worth it.