Creating and building a startup in San Francisco at just 24-years-old is hard. Not just because statistically the majority of startups fail, but also because there are so many highs and lows that come with the experience of bringing your idea to life and turning it into a viable business. To be successful, you need to understand that it’s a 24-hour commitment, and that you’ve got to pour all your passion into your company.

My co-founder Charlie and I launched Breeze just two years ago, and since then, we’ve attracted capital from investors like Mark Cuban and have launched in 6 major U.S. cities. But it wasn’t all smooth sailing, and we’ve certainly learned a lot along the way building our company, which is a mobility service that’s modernizing car ownership by making it more flexible & accessible. At a certain point, for example, we got the shock that our business model had some serious legal risks. So, we made a pivot and transitioned our business into the leasing model we have today, but we didn’t let it stop us because we knew we were onto something big.

Below, you’ll find the top five mistakes to avoid as a young entrepreneur – things we wish we knew when we started out two years ago:

1. Wearing Your Heart on Your Sleeve.

As an entrepreneur, you’ll inevitably experience extreme ups and downs, but don’t get too high or too low on good or bad news. Otherwise, your team may become complacent after a big win – or lose morale after a setback. Lead by example and stay even-keeled.

While everyone is running around and building the plane as you fly it at a startup, it’s easy to let company values fall by the wayside. A clearly defined list of company values sets the foundation for your company culture as you continue to grow. Your values don’t have to be witty or original, but they should paint a comprehensive picture of how you expect your team to behave, communicate and build. Embed these items deeply into your hiring, onboarding, and performance review processes.

3. Trying to Do Everything at Once.

It’s tempting to build everything and to execute on all your great ideas, but resources are finite at a startup. Instead, incorporate your team’s ideas into a long-term product roadmap to keep everyone focused and on schedule as you work towards your end goal.

4. Having Your Hands in Everything.

As a founder, you’ll want to be involved in every decision – big & small. But you need to remember you’ve hired a team of highly intelligent & capable employees for a reason. Learn to delegate key responsibilities to your team, or else you’ll become a bottleneck for the organization and impede progress.

5. Not Being Flexible When It Comes to Personnel Changes.

Within your company, employees’ roles may evolve as the business grows. Don’t get hung up on job titles or to someone staying in a particular role long-term. In fact, the best employees at young startups are jacks-of-all-trades; our first employee at Breeze has jumped teams and offices several times in less than 2 years! 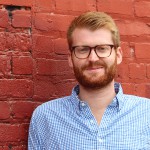 Ned Ryan is the CEO & co-founder of Breeze, a mobility service that allows members to lease a car on a week-to-week basis. Ned founded Breeze at age 24, starting off small by lending out friends’ cars via Craigslist. Three years later, and he’s changing the course of car ownership with Breeze’s Toyota Prius micro-term leases and has grown the startup to 70+ employees with a footprint in several major U.S. cities including San Francisco, Los Angeles, Seattle, Chicago, Washington D.C., and Boston.