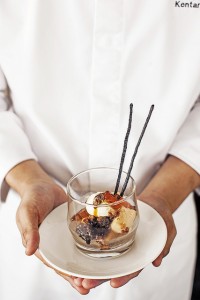 If you have your sights set on launching a food company that’s known for offering the latest and greatest cuisines, the first step is narrowing down how you’ll go about it. Every great startup is born from at least one fantastic idea. Initially, you may feel like the food industry is so large and populated that it’ll be impossible to dream up something that’s never been done before.

However, going about that task is easier than you might think:

Ask Your Target Market About Their Most-Wanted Products.

The people who’ll eventually buy your products are perhaps the most well-informed individuals around when it comes to giving advice about the foods they adore, and most importantly in your case, the foods they wished existed. Maybe they’ll say things like, “I love popcorn, but I wish it was more nutritious” or confess how they haven’t been able to find a gluten-free pie crust that holds up well for their favorite baking projects.

It’s worthwhile to constantly have conversations centered on food, because you never know when you’ll realize you’re possibly the best person to concoct a product that fills a void in the marketplace. If that happens, the person who suggested the initial idea might understandably feel indebted to you for life.

Think About How You Could Serve Niche Markets Better.

There’s a good chance the diets preferred by you and your friends are vastly different compared to what your parents, or even grandparents, enjoyed. Whereas they probably didn’t have a great deal of variety in the things they ate from week to week, you have access to hundreds of grocery store products.

Furthermore, it’s now easier for people to adhere to specific diets or avoid eating certain ingredients, because manufacturers are coming up with different ways of making common foods. Hampton Creek is one recently established company that is frequently figuring out new methods for creating foods people love.

By looking at the hamptoncreek Instagram feed, you’ll see pictures of cookies, sushi, and noodles, among other scrumptious foods. The aim of the company is to make it easier for people to eat well. One of the ways it does this is by offering food that would otherwise be hard to find, such as mayonnaise made without eggs.

By scrolling through that social media feed, you’ll get a good idea of what the company has done to cater to people who might have previously felt forgotten about because of their dietary preferences. Perhaps the pictures you discover could give the inspiration you need to make your own goals come to fruition through your startup.

Do What You Love.

Maybe you’re in a seemingly tough situation because not only do you lack new thoughts about your startup, but you don’t have any ideas at all. Many people find hard to think of startup possibilities because they’re fearful, or feel like they wouldn’t be able to imagine something incredible enough to get the market interested in whatever they’re selling.

If you’re encountering obstacles that are preventing you from moving towards launching a successful food startup, focus on what you’re passionate about. Maybe you’ve always loved cooking things with locally grown produce, or feel satisfaction teaching people about easy ways to whip up German cuisine, based on inspiration gained from your proudly German grandmother.

Try not to get too wrapped up in the logistics of your food startup just yet. Instead, back up a bit and stay focused on the things you love. Once you highlight them, it should be easier to discover ways to branch out and turn those enthusiasms into a successful business venture.

Some startups are born after their founders became so frustrated with the way things were that they couldn’t stand to sit back and tolerate it any longer. If something really gets under your skin about the food industry and you’d like to do your part to create a better future, maybe you could turn those emotions into a meaningful startup project. There’s a good chance the same things that cause your temper to flare make consumers feel similarly aroused, so you could already have a crowd in your corner without realizing it.

By now you may be feeling a lot more confident about generating a stupendous idea for your food startup. Once you unleash the ideas that are cooking in your head so they can eventually be created or enjoyed in consumer’s kitchens, you’ll have accomplished your ultimate goal.