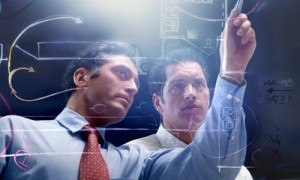 When calculating how long a project will take, it’s received wisdom to triple the cost and double the time.

We’re currently re-platforming our site and I’m taking all predicated deadlines with a pinch of salt. I am full expecting the deadline to come and go, and the final site to be delivered a couple of months after originally quoted.

But whatever the project, there are a few golden rules that are worth keeping in mind, to ensure deadlines can be met and the course of your project runs as smooth as possible. Here are the five I’ve learnt through experience.

Don’t plan more than a year in advance.

No matter what the scale, it’s impossible to map a project beyond a year. The same goes for five-year plans.

And the reality is you can be derailed beyond all expectation.

This is because, today, things happen in relatively short periods. 15 years ago, the bestselling mobile phone on the market could hold 250 contacts and had a snake game already installed. It was a revelation. Fast-forward eight years and the iPhone is a mini computer that sits in our pocket, from which our life revolves.

So do yourself a favour. Don’t plan in detail beyond a year. Firstly, you’ll end up investing time working on time plans that might never be implemented. Secondly, you will feel under pressure to deliver, even when it becomes physically impossible, just because you’ve committed deadlines to paper.

Put in a contingency.

You can’t plan for every eventuality. And all eventualities incur costs. The new Wembley stadium is a great example. It eventually cost double the estimated build, coming in at a massive £800+ million.

The build was besieged by issues beyond the project manager’s control. Like incorrect building materials being used in the construction and burst water pipes.

Wembley Stadium is obviously a project beyond the scale of most of your current plans. However, the message is still relevant. Consider how much you think it will cost – and then double it.

We encountered the same problems when looking to bolster our marketing with public relations. We projected time spent on recruiting an agency we felt would offer excellent strategic advice and tactical implementation. We planned how long it would take to get them going, had budgeted a monthly fee for their services and predicted their impact on sales. The truth was we didn’t pick the right partners. After a positive start, it became apparent that they couldn’t deliver what we needed for our business and they weren’t agile enough to adapt their plans. So we had to reinvest time in a new and lengthy search for a new agency. If I was to charge out my time at a day rate, I think the whole project cost £15,000 in terms of my time, double what we expected.

To see a project through you need a good finisher-completer. Someone committed to completing every task to deadline, and each job to its ultimate conclusion. You need someone passionate about the project, who will navigate resistance, manage a motivated team and have such a clear view of all the project entails that they make informed decisions at every turn.

It may be that you’re in the best position to lead the project. But do consider your strengths before getting in too deep.

For example, I work with a consultancy founded by an incredibly inspiring business leader. Her lateral thinking enables her to grasp concepts on the horizon and find ways for her clients to use them to ensure they are always ahead of their competition. However, her skill is in finding next big idea. So she specifically recruited a number two who can implement the strategy she recommends, to the letter, freeing her up to concentrate on what she’s good at: ensuring her clients capture the zenith.

One of the biggest headaches are often caused in the initial pitch, because this is where it’s possible to get so excited by an idea that you convince your partners or investors to sign off the project by saying it will take less time and cost less than is physically possible. Resulting in an unrealistic project plan doomed to go over budget.

My advice is: be confident in your idea. If you think it’s worth the investment, then know it’s worth. You have to speculate to accumulate.

Keep your partners or investors in the loop. A weekly bullet-pointed email update will mean they are informed of all that’s taking place, and will help you manage upwards: so you don’t have to answer a constant stream of questions.

Sean Blanks is the Marketing Director of printer cartridge company cartridgesave.co.uk. By taking a systematic trial and improvement approach, Sean and Managing Director Ian Cowley have created a Sunday Times Fast Track100 e-­retailer which manages 30,000 orders a month and is among the UK’s fastest ­growing printer supplies retailer in terms of sales.