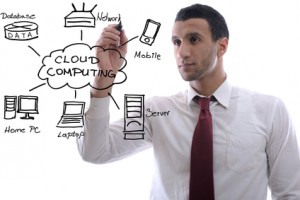 We’re not strangers to things that really work well together. There’s bacon and eggs; Ant and Dec; tea and biscuits. But it’s about time we added another match-made-in-heaven to our list: startups and the cloud.

Startups have always been about moving quickly, finding a niche and exploiting it. But they used to be held back by their inability to go fully mobile and have their own systems. But thanks to the cloud, or ubiquitous computing, that’s all changing.

The Cloud Is Cheaper.

Startups are all about operating on a lean budget – at last while they get going. Ten years ago startups could only dream about setting up with just a laptop and a mobile phone. But thanks to cloud solutions, like those at computer-eyez.com, they now can.

The cloud is so much more than a buzzword. It’s an opportunity for small businesses to get access to all the content that they need. And it costs very little. Often, just a fraction of what they would have had to pay had they gone down the traditional route.

The Business Can Be Analysed.

In the past, only the biggest companies could afford to crunch their own data. They did this because it gave them insights on a lot of things. It told them where their key markets were. It told them where they could improve their processes. It even told them how their employees spend their time. But thanks to the cloud, now every business can have access to these data at low cost.

Businesses that had their own internal IT departments were stuck, by and large, with that department. Improving the quality of IT was no trivial task. The IT team had to be informed of the change in policy. Then they had to implement it, while keeping critical systems going. It was a nightmare, not to mention very expensively. But at least it was something that big companies could do in practice.

Startups clearly couldn’t do any of that. If a startup did have an IT department, it was usually a single person with limited time. But the cloud changes that dynamic completely. The fact that companies are no longer in control of their own IT represents a fundamental change. And it gives them a critical advantage. Now cloud computing is managed by an outside company with a lot of incentives to improve their product. After all, there are dozens of players in the cloud computing space. And all of them want to offer the best service possible. Hence, startups can get access to high-quality IT, but with none of the hassle big businesses used to face.

The cloud is a great opportunity for knowledge businesses to open up new services to customers. They can go from being a product-centric business, to operating over the cloud.

With the cloud, it’s far easier than ever before to migrate to digital services. And that means that startups now how added flexibility that they didn’t have in the past.