As a sales leader, my professional life is filled with quotas, metrics and dashboards. But if I had to pick just one thing I’m optimizing for, it would be engagement. Why? Because I’ve learned that engagement is the leading indicator for success with whatever else you’re optimizing to achieve.

Early in my career, I was always optimizing for percentage of quota attained, which is a typical sales metric and usually tied to your compensation. Although I wasn’t insightful enough at the time to recognize it, my level of engagement with a prospect was usually a good indicator of the likelihood of making a sale. If a prospect was asking questions, working through their process, showing increased understanding and asking more questions, those were all signs of engagement. It took me a while to see the value of that.

Optimizing to quota worked fine when I was an individual contributor, but as I moved into management and got further removed from the nuts and bolts of the sales cycle and engaging with customers every day, I had to figure out a way to influence the members of my team to make their number. So, I focused on optimizing for influence, working one on one with people to get them up and running and performing at a high level and hitting their quotas.

That worked fine when I was managing a team reporting directly to me.   As I evolved into more startup-fixit-turnaround specialist I had to shift gears again. Now I was working in matrixed organizations with distributed teams of hundreds of people who didn’t report directly to me. I had to evangelize new processes and programs, organizational changes and strategy shifts. I had to reach a lot of people I’d never be able to meet personally, let alone learn all of their names. To lead effectively, I had to influence the people who would influence them.

When you’re bringing change to an organization, everyone has to work through his or her process. With big, distributed teams, you don’t get to see people and work with them as often. It could take six to nine months to see whether my influence was having an impact. I needed to know much sooner than that whether my message was getting through, and whether people were buying in and working through their process. That’s when I started focusing on engagement. I increased my presence on social media and started blogging as a way to amplify myself and stay engaged even when I couldn’t be there physically. This helped me quickly capture feedback, learn, evolve and improve my message and approach.

Engagement scorecards such as these are a key component of my strategy management efforts, helping me determine where to spend more time reinforcing messages or giving examples.

I do that by doing a deep dive analysis on individual deals to determine if people are actually following all the steps, or they’re just doing it the old way and putting lipstick on a pig to position it differently.

I might also look at how many opportunities the team had to present, what the audience turnout was, the kind of the press or analyst coverage we were getting, and activity on social media.

Those are all qualitative assessments. But to me, actions speak louder.

In sales there’s an expression, “coin operated salespeople.” It speaks to the fact that the most sales people get compensated on is achieving their revenue quota, and as long as the “new thing” is tied to their revenue quota, they’ll embrace whatever the message of the day is. But even quota attainment can hide lack of engagement, especially in a larger organization, and eventually lack of engagement becomes a problem.

So, I look for signs of engagement every day. Are people participating in meetings and contributing and asking questions? Are they changing behaviors? Am I hearing success stories?

Are they reaching out to me directly to ask clarifying questions, or asking for help on deals?

Beyond that, I know I have engagement when I have people asking to update the sales presentations, taking time to write a blog post, or start being more active on social media. I know I really have it when I hear people evangelizing sharing the message themselves, in their own words.

It’s very rewarding to see that growth, and to know I’m impacting someone’s trajectory. And I know that they’re going to keep executing on the strategy after I leave the room because they’ve worked through their process and made the strategy their own. That’s the level of engagement you need for your team members to be successful, and for you to be successful as a leader. 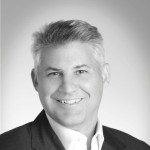