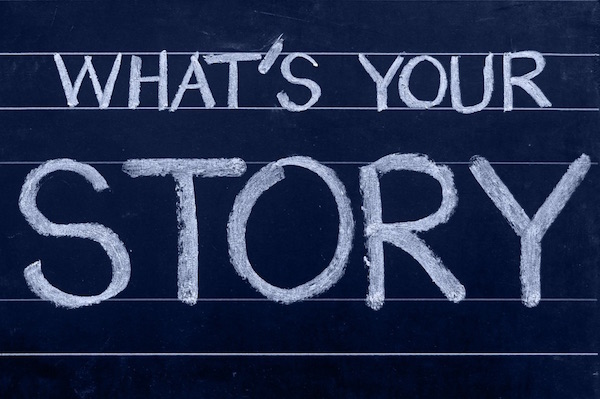 Why is it that some people just seem to be able to get their message across, when others can’t? What it is that sets them apart from the rest of the crowd? And why is it that they appear iconic, and others utterly forgettable?

If you ask most marketing managers, they will tell you that it all comes down to your business persona. It’s your persona that informs your appeal they will say. But what does that actually mean?

Great businesses tell stories. In all of the best novels, the narrative follows a trajectory. There’s an introduction that sets out the problem. There’s a quickening of the pace as the story gets underway. There’s some type of conflict to increase suspense. And then there’s a climax, followed by resolution.

By engaging with your audience through storytelling, you humanize your business and relate on their level. Not to mention the fact that you borrow from a tried and tested formula that has been working its magic for countless generations.

And one effective way to do this is by using newswire services. Using a press release service allows you to go into far greater detail than you could through advertising alone. If you’re in an industry that is undergoing rapid changes, press release services can be a great way to establish yourself as a leader in the space.

By telling a story, you’ll be doing something that convincing and persuasive humans have been doing for millennia. It’s almost as if humans are wired to react differently when information is presented as a story.

As in any great story, there has to be a protagonist. That’s you. But there also has to be an antagonist. What is it that you are fighting against? What adversaries are you trying to overcome? And why is this important to your customers?

Adversaries don’t necessarily have to be people. In fact, in business, they almost certainly won’t be. Rather, adversaries are the problems you wanted to overcome when you first started your enterprise. They’re the problems that you tried to solve.

Perhaps you saw that nobody in the world was providing an elite tuition service for people doing masters and PhD courses. Yet there was a demand from these students for additional support in their work. In fact, research has shown you that these students were the most depressed, stressed and unsupported of all students.

Therefore, you determined to solve the problem by setting up your own tuition business that would employ elite tutors only. Yes, the price would be higher than other tuition websites, but you’d be providing a service that was available nowhere else. And there would, at least, be an option for students in the upper echelons of education.

The demon you slew, therefore, was the absence of tuition support for people doing higher qualifications.

The Power To Relate.

Having the capacity to relate to your clients is also very important. Customers want to see that you really do understand their needs and what they want from your product.

Let’s take an obvious example. When Gillette try to sell razor blades, what do they always do? They always make a point of the fact that the razor blade glides effortlessly over the face. They even add computerised effects showing the coolness and gentleness of the razor blade stroke when using one of their razors.

They do this because the feeling of having facial hair tugged by blunt razors is awful. In other words, they’re relating to men’s experiences. Men look at the advert and see their own condition displayed.

Antacid adverts do the same. We’ve all seen those adverts where stomach acid is neutralised. Miniature firefighters descend a person’s oesophagus to put out the flames of heartburn. Antacid adverts are clever because they put into a visual format what the person really wants. A thick, cream-like substance, to soothe the burning pain they’re experiencing. The solution they present is exactly what the sufferer imagines would help them if only they had access to such a product.